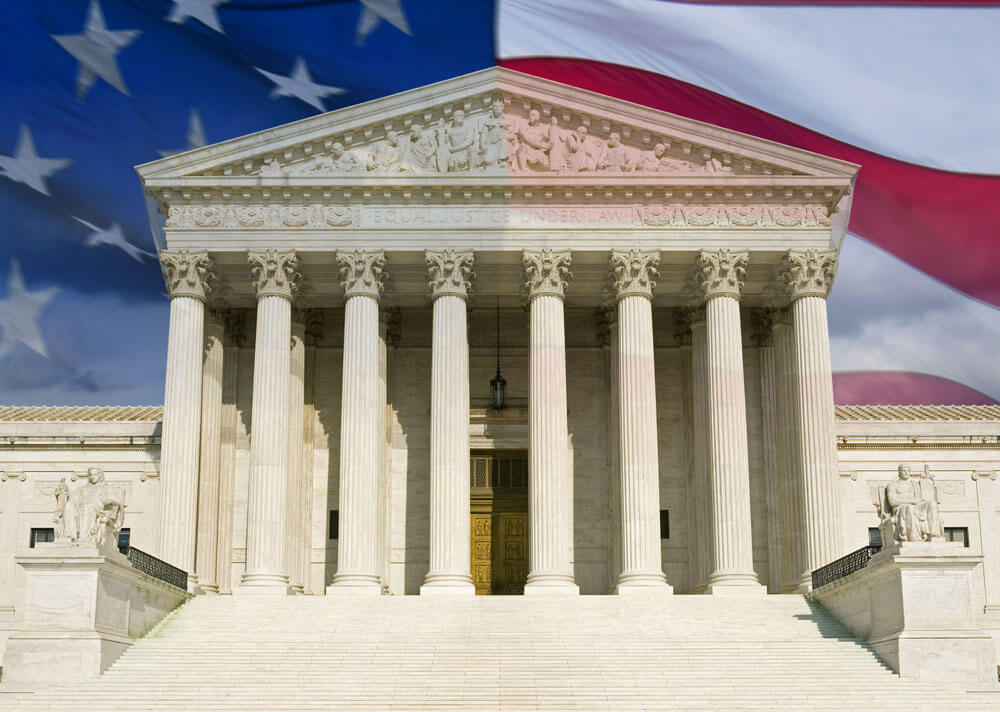 Last week, on Thursday, October 12, First Liberty Institute, who has had the privilege to partner with David Gibbs III at the National Center for Life and Liberty and our friends at Alliance Defending Freedom in representing Rowan County, North Carolina, asked the U.S. Supreme Court to review a ruling by the U.S. Court of Appeals for the Fourth Circuit regarding legislative prayer. Earlier this year, the Fourth Circuit issued an en banc ruling in which it voted 10-5 that elected officials, like Rowan County’s commissioners, could not open their meetings with prayer.

The Supreme Court has twice upheld the longstanding American tradition of non-elected citizens providing prayer before public meetings, but, in a similar case, the U.S. Court of Appeals for the Sixth Circuit recently issued a ruling in favor of the right of the county commissioners in Jackson County, Michigan to open meetings with invocations.

The different rulings from these two federal appellate courts caused what is known as a “circuit split,” thus creating a need for the Supreme Court to clarify the issue.

“Opening government meetings with prayer is a centuries-old tradition that goes back to before the founding of our nation and continues to this day before Congress, statehouses, and thousands of local governments across the country,” Ken Klukowski, Senior Counsel and Director of Strategic Affairs for First Liberty, stated in a press release. “The ‘circuit split’ on this issue is creating confusion among government officials across the United States that can only be resolved by a clear and definitive decision by the Supreme Court.”

In 2013, the American Civil Liberties Union (ACLU) sued Rowan County. The lawsuit argued that because all of the county commissioners self-identified as Christians, their practice of opening meetings with invocations was therefore exclusive and should be ended.

In 2015, a U.S. district court ruled against the county. At that point, First Liberty stepped in to represent the commissioners. In September 2016, a three-judge panel of the U.S. Court of Appeals for the Fourth Circuit upheld the county’s legislative prayer practice, holding it to be consistent with previous Supreme Court precedent regarding legislative prayer.

However, in an en banc decision (with all of the court’s judges weighing in on the matter), the Fourth Circuit overturned the three-judge panel’s ruling. The court concluded in a 10-5 vote that the commissioners’ prayers prior to public meetings were unconstitutional.

Not long after the Fourth Circuit issued its ruling against the Rowan County commissioners, however, the U.S. Court of Appeals for the Sixth Circuit ruled in a similar matter out of Michigan.

In 2013, a local activist in Jackson County, Michigan,  sued the county alleging that invocations given by county commissioners to open meetings violated the U.S. Constitution’s Establishment Clause. A three-judge panel of the U.S. Court of Appeals for the Sixth Circuit originally ruled against the county.

After this ruling, First Liberty was retained to represent the county. In September 2017, the Sixth Circuit, in an en banc proceeding, reversed the original holding of the three-judge panel. The en banc Sixth Circuit held 9-6 that the Jackson County Board of Commissioners may open their meetings with invocations, thus creating the circuit split.

AN AMERICAN TRADITION UPHELD BY THE SUPREME COURT

If the Supreme Court decides to review Rowan County v. Lund, it will rule on the question of whether elected officials—in addition to private citizens—may offer legislative prayers.

First Liberty is committed to working to fully protect the historic practice of legislative prayer—a longstanding American tradition consistent with the Constitution.