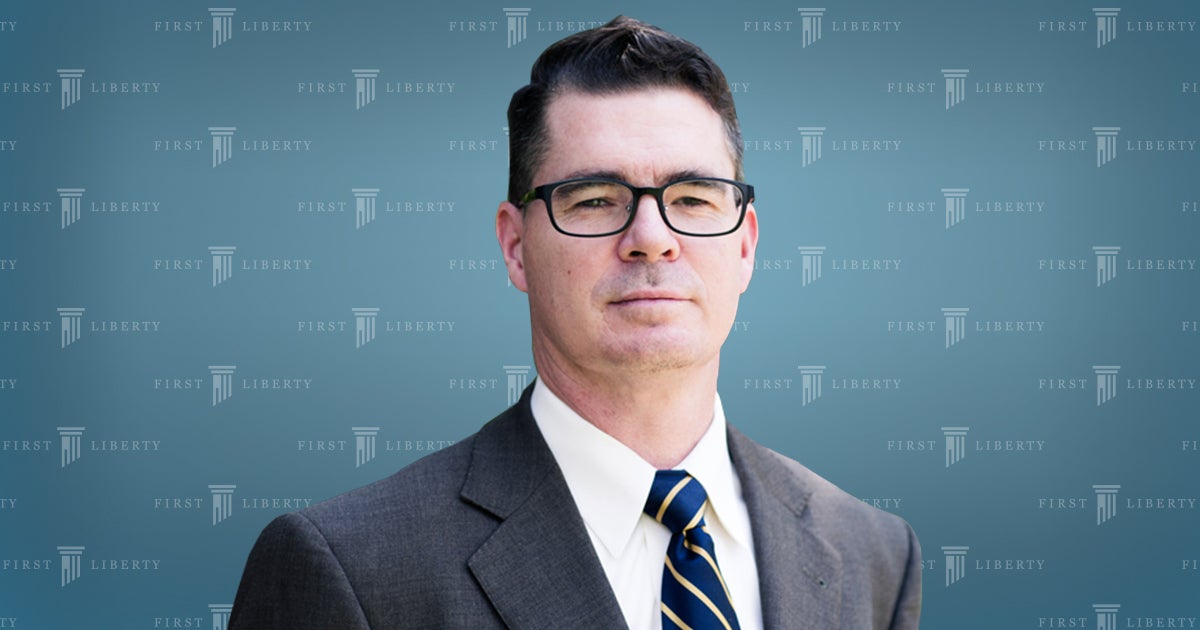 We are pleased to announce that beginning this week, Dr. John D. Wilsey joined First Liberty Institute as an affiliated scholar. John brings a wealth of experience and expertise that will be invaluable in helping us fulfill our mission of preserving and protecting religious freedom.

To give you a preview of John’s exceptional work and his incredible academic achievements, below is a video in which he explains why religious freedom is the cornerstone essential to all other political, civic and economic liberties:

John is a Georgia native whose personal and academic interests have much in common. He came to faith in Christ while a freshman at Furman University in 1988 and was involved in InterVarsity Christian Fellowship while there. After graduating with a degree in history in 1992, John went on to teach elementary and middle school at Christian schools in Virginia and North Carolina. He graduated from Southeastern Baptist Theological Seminary with his Master of Divinity degree in 1998. After teaching school for many years, John served on the pastoral staff of First Baptist Church of Charlottesville, Virginia, and continued on staff while he completed his PhD in 2010 at Southeastern. Between 1992 and 2011, John completed his education, taught school and served as a pastor.

In 2011, John went to teach history and philosophy at Southwestern Baptist Theological Seminary. He taught at the seminary’s Houston campus, and the majority of his teaching load took place in the Darrington Unit of the Texas Department of Criminal Justice. Southwestern offers a four-year bachelor of science in biblical studies degree at Darrington, a maximum-security state prison. For six years, John taught courses in Western civilization, history of American constitutionalism, history of American religion, history of philosophy, and church history to the students at Darrington, who went on to serve as inmate–chaplains in the prison system after graduating.

John taught at Southwestern until 2017 when he was invited to join the history department at The Southern Baptist Theological Seminary. He was also invited by the James Madison Program in American Ideals and Institutions at Princeton University to serve as William E. Simon Visiting Fellow in Religion and Public Life for the 2017–2018 academic year. He took a leave of absence from Southern Seminary during that year to live and study at Princeton, and it was during that year that he completed most of the research for his religious biography of John Foster Dulles, Secretary of State in the Eisenhower Administration from 1953–1959.

After returning to Southern in the fall of 2018, John has been serving full time as Associate Professor of Church History and Philosophy. He teaches courses in church history, history of religious freedom, and history of Western thought. Additionally, he has served as an affiliated scholar in history and theology at the Acton Institute for the Study of Religion and Liberty since 2016, research fellow for the Ethics and Religious Liberty Commission of the Southern Baptist Convention, and Chairman of the Southern Baptist Historical Library and Archives Advisory Board. He is a member of several academic societies, including the Evangelical Theological Society, the American Society of Church History, the Conference on Faith and History, and the Ciceronian Society.

John is the author of several articles and book reviews appearing in outlets such as Public Discourse, Acton Commentary, 9Marks Journal, The American Conservative, The Gospel Coalition and Christianity Today. He has written several books, including:

He also has a forthcoming work entitled God’s Cold Warrior: The Life and Faith of John Foster Dulles, which will appear in Eerdmans’ Library of Religious Biography series. He is in the beginning stages of a book considering the history of religious freedom and its necessity for a free and virtuous society.

John married Mandy in 1997 and they have two daughters, Caroline and Sally. They love the outdoors—camping, hiking, backpacking, and orienteering especially. The Wilseys presently live in Louisville, Kentucky.