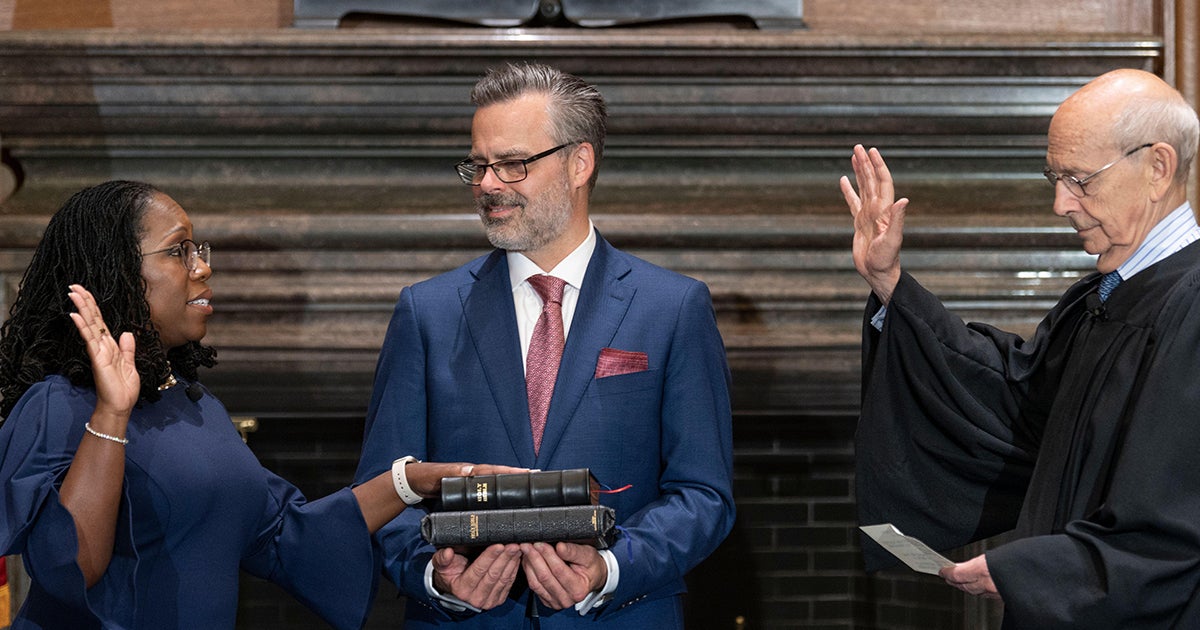 Kentanji Brown Jackson was recently sworn in and now replaces Justice Stephen Breyer, who stepped down from the bench after nearly three decades. As she takes a seat, many Americans are wondering, what will it mean for religious liberty in America?

What Does Justice Jackson’s Confirmation Mean for Religious Liberty?

Justice Jackson will not drastically change the balance of the Supreme Court. The Court is still comprised of three liberal and six conservative justices.

However, it does change the nature of the liberal wing of the Court.

First Liberty’s President and CEO Kelly Shackelford explains that Justice Jackson’s confirmation “is not merely substituting one liberal jurist for another. It is an aggressive move to push the Supreme Court hard in the direction of the political left.”

First Liberty thoroughly reviewed her record and our analysis revealed multiple red flags suggesting she could be hostile to religious liberty and continue a career of liberal activism on the bench. In Justice Jackson, Americans are getting a radical jurist, someone whose ideology is far outside the mainstream.

Justice Jackson was one of the most frequently reversed judges on the D.C. federal district court. That’s a sure sign of her judicial activism—intervening where she should not—and getting the law wrong on constitutional matters.

This is especially concerning because she is replacing Justice Breyer, a liberal justice who often would join his conservative colleagues on cases involving faith. Deseret News reported:

Some notable examples of Breyer affirming religious liberty include:

To be clear, Justice Breyer is not a conservative or an originalist who unwaveringly interprets the law and the Constitution according to its original text. He is a liberal justice. But his judicial philosophy led him to join many of the Court’s opinions protecting religious liberty.

With Justice Jackson on the Supreme Court, that’s most likely about to change.

Although Justice Jackson conceded religious liberty is a “fundamental right,” the record is not promising. There are still many warning signs that she will not protect that right, including her repeated refusals to specify her judicial philosophy or what she believes the free exercise of religion means.

A justice’s philosophy and interpretation of the law could be the difference between a victory that upholds religious freedom and our constitutional rights—or a loss that strips away our liberties. We hope that as a Supreme Court Justice, Jackson will reject the urge to legislate from the bench and instead choose to faithfully defend our freedoms and interpret the Constitution according to its original meaning.