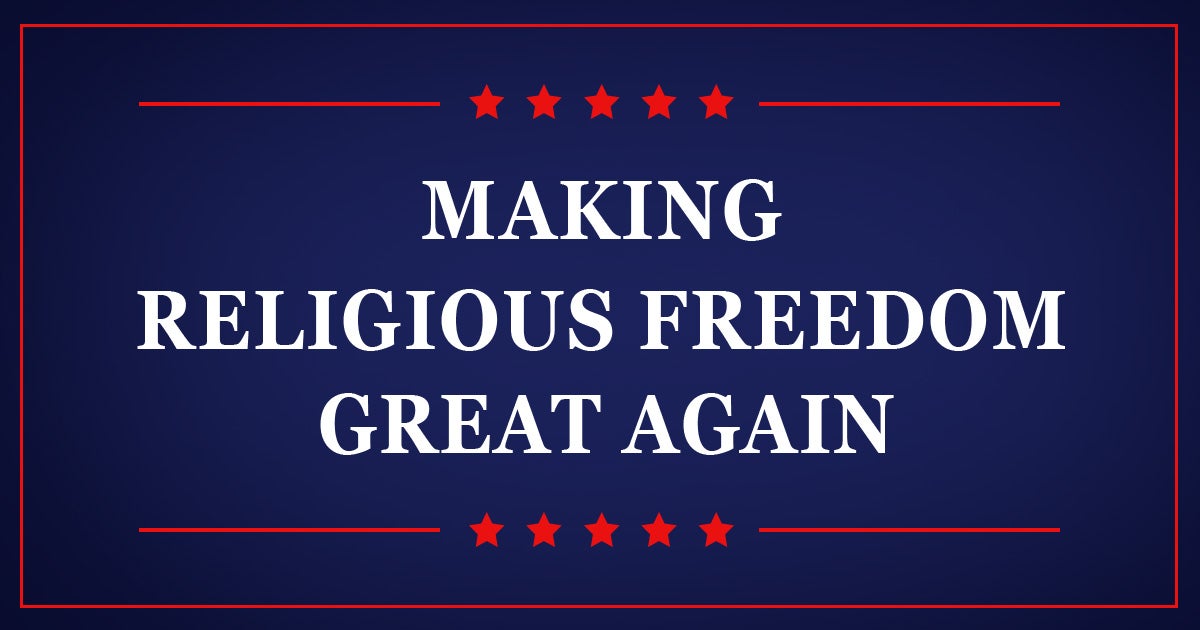 For over two centuries, America has been a beacon of freedom to the rest of the world.

The principles, values and liberties enshrined in the American Constitution have made our country a safe haven for people who’ve suffered from religious persecution—a place where people of all faiths can live peacefully.

Today, it’s evident that our nation continues to shine as the greatest hope for those who are oppressed because of their faith. The current president and his administration have shown an unwavering commitment to protecting the fundamental, God-given right of all people to live consistent with their faith and to openly express their deeply-held beliefs.

Recently, the president hosted the Global Call to Protect Religious Freedom, an international event calling on all nations and business leaders to act to bring an end to religious persecution and stop crimes against people of faith. In doing so, he became the first American president to host a meeting at the United Nations on religious freedom.

More than just a symbolic gesture, the recent UN gathering was a pioneering event on the global stage. It was a high point and natural outgrowth reflecting the numerous actions the current administration has taken to restore and protect religious freedom here at home.

From the outset, we’ve seen the administration prioritize religious liberty domestically, and many of the actions they’ve implemented have made a profound impact across all of First Liberty’s key pillars (schools, the military, houses of worship as well as government and the public arena). Those actions include:

In conjunction with historic legal victories that we’ve achieved in the last year thanks to your support, the actions above are giving people of faith more religious freedom than they’ve had in nearly 50 years.

In so many ways, we’re making religious freedom great again.

From the landmark U.S. Supreme Court decision for the Bladensburg Peace Cross, to the record-pace confirmations of over 150 strong originalist judges to our judiciary, to multiple precedent-setting victories in federal courts, we’ve made unprecedented progress in restoring the vision of America’s Founders.

Our courts and judges are coming back to the Constitution and restoring the original intent of the First Amendment, which is to ensure the right of all Americans to live out their faith—free of government intrusion and without the fear of violence or harassment.

Thanks to the incredible success that God has allowed us to achieve, America remains a beacon of freedom—and today our light glows, shines and beams across the world brighter than ever before.