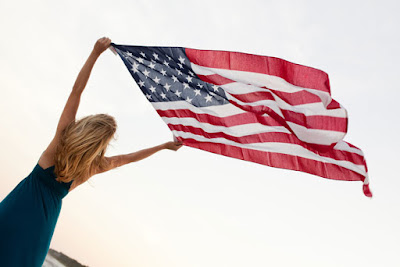 We’ve seen the stories—bakers, florists, members of the military, business owners, and hard-working public servants who stood up for their beliefs and are paying the price. We know their names because they roll through our newsfeed sandwiched between celebrity gossip and the latest Vine. But for an audience of nearly three thousand last weekend, those stories became real.

Last Friday night, I had the privilege of attending the Rally for Religious Liberty in Des Moines, Iowa. Over 2,500 people ranging from families with babies, to teens, to grandparents gathered under the banner of religious freedom.  The event was streamed live to thousands more who could not attend in person.

Liberty Institute was one of only two non-profit legal organizations invited to participate, with President and CEO Kelly Shackelford opening the event with a personal video message.

“In the over quarter century that I’ve been fighting for religious freedom, I’ve never seen anything like what I am seeing right now,” he said.

But talking about growing attacks on religious liberty is one thing. Meeting the people who have been attacked is another. The rally gave the audience the opportunity to meet everyday “heroes” who took a stand for religious liberty.

They met people like Liberty Institute’s client Phillip Monk, a USAF combat veteran who was relieved of duties and kicked out of his unit because he could not agree with his commander’s views on marriage.

They met Aaron and Melissa Klein, owners of a Portland-area bakery who received a $135,000 fine because they declined to bake a cake celebrating a same-sex wedding.

They also met Kelvin Cochran, Barronelle Stutzman, Dick and Betty Odgaard, and Blaine Adamson—all ordinary people who found themselves under legal attack for choosing their faith over conformity.

During an onstage roundtable discussion, each of these individuals shared details of their cases—how their simple decision to adhere to their beliefs resulted in harsh repercussions, from heavy financial penalties, to vandalism, to death threats against themselves and their children.

These victims of religious discrimination—“heroes” as many duly called them that night—never went looking for a legal battle. But as they all attested, when they were forced to choose between betraying their faith and facing the earthly consequences, the choice was clear.

As Phillip Monk put it, “If I’m forced to choose between my commander and my Creator, I know where I’m going.”

He received thunderous applause and a standing ovation.

“The event was powerful because it showed the human toll of the battle for religious liberty,” said Michael Berry, Senior Counsel and Director of Military Affairs for Liberty Institute. “Here were real people, with families, dreams, homes and businesses, many of whom nearly lost everything simply because of who they are and what they believe.  These were no longer just names in a news story, they were real-life examples of why we must all take a stand for our Constitutional freedoms.”

Religious liberty is becoming an important issue for Americans everywhere, especially in light of the upcoming presidential election; nearly every candidate has addressed the issue in some way.

Throughout the night, I spent a lot of time talking with people at Liberty Institute’s booth near the entrance of the building. One overarching theme prevailed among those who stopped by—the fight for religious liberty is real, and they felt it.

One family told me how they often street evangelize in their town, but was told to stop. They also told me about their wheelchair-bound daughter, whose rehab center told her she must go outside to talk about her faith. Another woman said she was warned that she should keep her Christianity a secret.

The people at the rally were people like you—concerned for America’s future, hungry to know how they can help restore religious freedom—and thrilled to learn how Liberty Institute is doing just that.

One man approached the booth, looked me in the eye, and said, “Thank you.”

Later, I was able to listen to a few legal experts discuss what they thought to be the most poignant moment of the night—when special guest Naghmeh Abedini, wife of imprisoned Pastor Saeed Abedini, took the stage. Her husband has been captive in Iran for three years—tortured and isolated from his family—because of his faith.

Even the American “heroes” of the night said Pastor Saeed’s story put everything into perspective.

Despite the numerous attacks in America, we do have religious liberty. While hostility to religion is undoubtedly growing in our culture, we are blessed to have a legal foundation for our defense. People in other countries—like Pastor Abedini in Iran—don’t.

That is precisely why it is so vital that we defend our religious liberty while we still have the freedom to do so.

One question recurred throughout the night: “What will you do when it becomes your turn?”

Americans, it is your turn. You may not be facing religious persecution at this moment. You may not have lost your income, your friends, or your life’s work. But your fellow Americans have—and millions around the world have lost much more.

It is every citizen’s turn to join the fight for religious freedom in America, so people like Naghmeh Abedini can have hope that there is still a place in the world where freedom is valued; so Americans can continue to live according to their conscience; so we don’t lose the liberty that generations of Americans have died to defend.

Your turn is now, America. Will you take a stand?

Liberty Davidson is a writer for Liberty Institute, with a B.A. in Journalism from Patrick Henry College in Purcellville, Virginia.