The Biden administration recently put in place a new rule: Companies with over 100 employees must mandate their workers to get the COVID-19 vaccine or undergo weekly testing. This policy could threaten the freedoms of millions of people of faith in the workplace.

This mandate is a dangerous and illegal expansion of government power. Additionally, it threatens the freedoms of millions of religious organizations and people of faith in the workplace. The Court’s ruling is a very positive win both for stopping a massive government power-grab and for religious liberty.

As recently as July, the Biden administration stated that a national vaccine mandate is not the role of the federal government.

Now, it’s violating that promise and risking the freedom and livelihood of millions of hard-working Americans, each with different circumstances and beliefs.

Make no mistake: This rule is blatant government overreach. The Supreme Court has already made it clear the government is not free to disregard the First Amendment’s protection of religious liberty and religious organizations in times of crisis.

Help Us Defend Religious Freedom in the Workplace

First Liberty needs your support to help ensure that people of faith and religious organizations are not punished or forced to violate their deeply-held beliefs and convictions. Please consider giving today—your gift can have a multiplied impact to safeguard not only your job, but also the livelihood of millions of Americans. 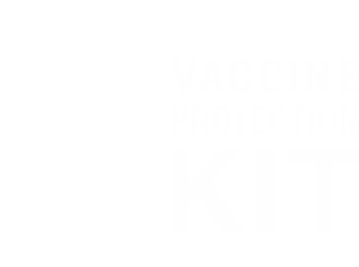 Vaccine Protection Kit: How Do I File
for a Religious Exemption?

In this free resource, you’ll find the facts and answers
every person of faith needs to know when it comes
to the COVID-19 vaccines and mandates. First Liberty’s
expert attorneys have also included actual sample letters
and language to use for requesting a religious exemption
or accommodation. These letters are tailored for various
faith backgrounds, as well as for students, government
employees and military service members.

“The Biden administration’s order is the latest example of its disdain for both our Constitution and the religious beliefs of millions of Americans.”

Doubling Down to Stop the Biden Administration’s Punitive Policies

America’s workers aren’t the only ones facing intense pressure and coercion. The Biden administration also imposed a military vaccine mandate that’s effectively forcing service members to choose between their religious faith or serving their their country.

Right now, First Liberty represents 35 U.S. Navy SEALs, who are being threatened with career-ending punishment for seeking a legal, religious accommodation to the military mandate.

Government officials and bureaucrats must stop paying lip service to religious freedom. Forcing America’s workers and our nation’s elite fighters to violate their religious beliefs is not only vindictive, but also unconstitutional and illegal.

Will you support First Liberty and help us protect those who sacrifice and stand for us as well as the rights of all Americans in the workforce?