In 1919, 10 Gold Star Mothers rallied their community of Prince George’s County, Maryland, to build a memorial that would commemorate their fallen sons in World War I. The Bladensburg World War I Veterans Memorial was dedicated in 1925.

It has honored the sacrifice of these brave men for close to a century. And now it’s at risk.

The U.S. Court of Appeals for the Fourth Circuit recently declared the Memorial unconstitutional – just because it is cross-shaped.

This decision threatens not only the Bladensburg Veterans Memorial, but also similar monuments at nearby Arlington National Cemetery, including the Argonne Cross, the Canadian Cross of Sacrifice, and even the inscription on the Tomb of the Unknown Soldier.

The Supreme Court is the last hope for preserving the Bladensburg WWI Veterans Memorial, which has been standing for over 90 years.

You can stand with our veterans to protect their memory and honor their sacrifice. They fought for our freedom. Now we must fight to defend their legacy.

“Nearly a century ago, Maryland citizens, out of deep respect and gratitude, took on the daunting task of erecting a monument to mirror the measure of individual devotion and sacrifice these heroes had so nobly advanced. The panel majority says their effort violates the Constitution the soldiers fought to defend. I, respectfully, think otherwise.” 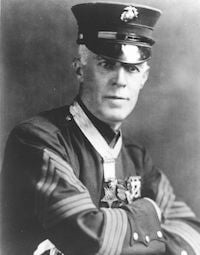 Henry L. Hulbert, a 51-year-old platoon leader who was old enough to be the father of many of the men he led, was killed in action on Mont Blanc Ridge in France on Oct. 4, 1918, just a month before the end of this “great war to end all wars.” He was awarded the Medal of Honor and Distinguished Service Cross, among other medals.

Sadly, many of the 49 “Boys of Bladensburg” gave their last full measure in the waning months of this horrific war, making this memorial even more special. Today, these heroes stand forever, proudly immortalized by the words on its base: Valor, Courage, Sacrifice, Endurance.

In his dissent of the ruling by U.S. Court of Appeals for the Fourth Circuit, Judge J. Harvie Wilkinson observed:

“The dead cannot speak for themselves. But may the living hear their silence…The present has many good ways of imprinting its values and sensibilities upon society. But to roil needlessly the dead with the controversies of the living does not pay their deeds or their time respect.”

Let’s not say we “almost” saved this memorial.

Our veterans fought – and many gave their lives – to protect our freedom. They’ve already fought in battle, and we should not make them fight again.

Today, we must fight to preserve the memory of our veterans. We must take a stand in order to honor their sacrifice and defend their legacy.

Please help ensure the gravestone of these 49 brave men and their families is not dishonored or forgotten.

Give now to protect the memory of those who protected us.