Our Senior Living Communities are coming under attack. In two recent First Liberty cases, Ken Hauge of Virginia and Donna Dunbar of Florida are being harassed and intimidated simply for hosting Bible studies!

In Ken’s case, he has even been threatened with eviction! That’s right, they want to kick Ken out just because he wants to live out his faith! Donna was outright forbidden from hosting any kind of religious gathering.

To those of you with parents or grand-parents who live in a senior community, these stories may hit close to home. And they should.

Senior living communities are more than mere buildings. They are indeed “communities,” places where people like Ken, who is in his 80s, and Donna, who is in her 60s, can socially gather together with friends and family over meals, sing hymns around a piano, and yes, even study their Bibles.

After all, these communities are their home. And this begs a very important question: if Ken and Donna aren’t free to live out their faith in their own homes – where else can they go? 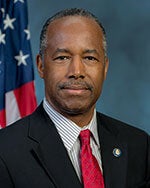 It’s both shameful and illegal that it would come down to this in America: that senior citizens would face threats of eviction simply for hosting a Bible study.

But again, this is America, not China. Evicting elderly residents from their home — or denying equal access to common areas — for holding a Bible study is simply outrageous. Not to mention, it’s illegal.

That’s why we’re asking YOU to stand strong with Ken and Donna and tell H.U.D Secretary Ben Carson to put a stop to it.

So please join us in the fight by signing our petition below.

Right now, First Liberty Institute is fighting two cases in which senior residents have been harassed, humiliated and intimidated simply for hosting Bible studies in the building where they live.

Mr. Ken Hauge, a retired Lutheran minister in his 80’s was threatened with eviction because he hosted a Bible study in the community room of his apartment complex. It’s frightening that a management company would use the threat of eviction to stop Ken and other residents from meeting together for a Bible study.

Similarly, in Florida, Mrs. Donna Dunbar, who is in her 60s, was prohibited from hosting Bible studies or any kind of religious gathering. Someone even placed a sign on the community organ declaring that residents are “BANNED” from playing “Christian” music on the instrument.

And as someone who respects religious liberty as outlined in the Constitution, I believe that:

These incidents are shameful and illegal. That’s why I respectfully stand with First Liberty Institute and request that you investigate these matters and immediately take action to stop any these unlawful restrictions and any future harassment of elderly residents.