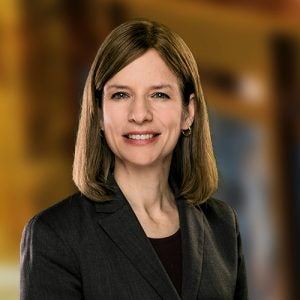 Becky Rees Dummermuth serves as counsel at First Liberty Institute. She previously worked as the Associate Director for Legal Affairs in the White House Office of Faith-Based and Community Initiatives during the administration of President George W. Bush. In that role, Becky helped to supervise ten Centers for Faith-Based and Community Initiatives housed in various federal agencies and coordinated agency regulatory changes implementing the Initiative. She also fielded day-to-day constitutional and legal questions and educated organizations about the Initiative by speaking at White House conferences.

Prior to that Becky worked as Legal Counsel at the Becket Fund for Religious Liberty and as Special Assistant to the Solicitor Eugene Scalia at the U.S. Department of Labor. She also clerked for the Honorable Rhesa Hawkins Barksdale on the U.S. Court of Appeals for the Fifth Circuit.

Between her tenure at the White House and joining First Liberty, Becky spent a season focused on caring for and homeschooling her children. During that time, she held several volunteer roles at The Federalist Society, worked as a free-lance proofreader for Banner of Truth Trust, and served as a director and tutor for a Classical Conversations campus near Cedar Rapids, Iowa.

A native of Pennsylvania, Becky is based in First Liberty’s Washington, DC office and is licensed in Virginia and in the District of Columbia.