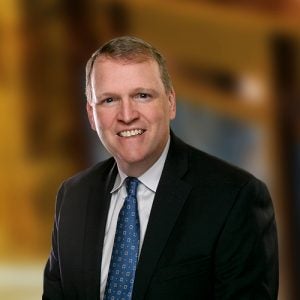 Jeff Mateer is the Chief Legal Officer of First Liberty Institute, where he serves as a member of the executive leadership team and oversees and directs First Liberty’s legal operations, including its litigation, media/communications, and external affairs teams.

Jeff rejoined First Liberty Institute in October 2020 after serving as First Assistant Attorney General of Texas. As First Assistant Attorney General from March 2016 through October 2020, Jeff oversaw all operations of the Texas Attorney’s General Office, which included over 30,000 active cases, almost 800 attorneys and 4,200 employees, and a bi-annual budget of over $1.1 billion.

Prior to joining the Texas Attorney General’s office, Jeff served as General Counsel of First Liberty Institute from February 2010 to March 2016. Jeff was in private litigation practice from 1990 to 2010 at a large Dallas law firm and litigation boutique firms.

In addition to having received an A-V rating by Martindale-Hubbell, Jeff has been honored as a Texas Rising Star and Texas Super Lawyer. He received his undergraduate education at Dickinson College, where he graduated with honors in 1987, and his legal education at Southern Methodist University, where he graduated with honors in 1990. While in law school, he served as an editor of the law review. He is licensed to practice law by the state of Texas and is admitted to practice before all Texas State and Federal District Courts, the 2nd, 4th, 5th, 7th, 9th and 11th U.S. Circuit Court of Appeals, and the United States Supreme Court.