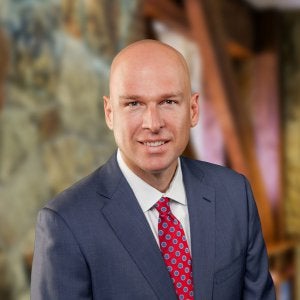 Special Counsel for Litigation and Communications

Dys earned his law degree from West Virginia University College of Law in 2005. After law school, Dys clerked for the Hon. Russell M. Clawges, Jr., chief judge of the Circuit Court of Monongalia County in Morgantown, West Virginia. For six years prior to joining First Liberty Institute, Dys led a public policy organization where he led research and advocacy efforts on matters of life, marriage, and religious freedom.

March 2020 Freedom of Religion Applies to All Americans, Including Our Students

By Jeremy Dys, Special Counsel for Litigation and CommunicationsStudents in Lewis County, West Virginia, returned from Christmas break this year to a disappointing surprise. The students, part of Youth Alive, a Christian Club at their high school, took advantage of a resource available to all student clubs: a bulletin board on which student clubs mayRead full article »

by Jeremy Dys, Special Counsel for Litigation and Communications A global pandemic has gripped the nation’s attention and rightly so. In response, some state officials are imposing restrictions upon the gathering of large numbers of people in one place at a time. While the NCAA, professional sports leagues, and others have voluntarily restricted their gatherings,Read full article »

By Jeremy Days, Deputy General Counsel at First Liberty Florida city reminded the First Amendment protects religious speech of expression everywhere in America, including the Citrus Bowl Earlier in 2018, we witnessed the passing of an American icon, the Rev. Billy Graham, whose fame, beyond his years of faithful preaching, stems largely from the crusadesRead full article »

By Jeremy Dys, First Liberty Institute Deputy General Counsel Attorney General Sessions recently announced the formation of a special Department of Justice Task Force with these words: “Freedom of religion has been a core American principle from the very beginning of our country—indeed, it is our ‘first freedom.’” His announcement of a Religious Liberty TaskRead full article »

July 2018 Opinion: In Bladensburg, secularists' attempt to raze a cross is also an effort to erase a memory

By Jeremy Dys, First Liberty Institute Deputy General Counsel and Declan Riley Kunkel, First Liberty Legal Intern. Originally published in the Washington Examiner July 9, 2018. The names of 49 heroes are etched on the plaque of the Bladensburg World War I Veterans Memorial—erected by Gold Star mothers and the local post of The American Legion.Read full article »