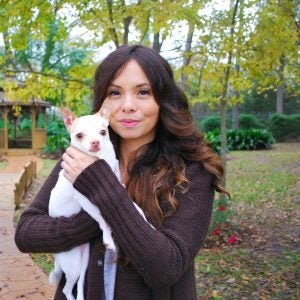 Alexia Palma is a young Catholic immigrant from Guatemala who worked at a Houston inner-city health clinic. There, she taught several classes, including a short course on “Becoming a Mom.” One of the classes in the course was about birth control. Because the Catholic Church opposes birth control, Alexia asked for a simple religious accommodation to show a video instead of teaching the class. This worked well for approximately 18 months. But when new management came in, they gave her an ultimatum – “put aside” her “personal beliefs” and teach the class, or else be terminated. Even though teaching the class constituted less than 2% of her job, and even though other employees volunteered to teach the class for her, the new management refused to consider a religious accommodation and fired her. On December 21, 2016, First Liberty Institute filed a complaint with the U.S. Equal Employment Opportunity Commission charging Alexia’s employer, Legacy Community Health (LCH), with religious discrimination. On May 9, 2017, First Liberty announced an amicable settlement with Legacy.

Alexia Palma was born in Guatemala. A few months after Alexia’s birth, her mother left her to start a new life in America. Alexia’s grandparents adopted her into their family and baptized her into the Catholic faith. After coming to America when she was five years old, Alexia experienced a difficult childhood marked by abandonment and abuse, but she held fast to her Catholic faith. It sustained her and inspired her to go into the healthcare industry, where she could devote herself to serving others.

Alexia soon became an American citizen, graduated from the University of Houston with a Bachelor’s Degree in Health Promotion, and became a health educator. She found a job at Legacy Community Health (LCH), a Houston inner-city clinic, where she served the disadvantaged.

“I emigrated from Guatemala to America as a child,” Alexia said. “Finding this job, where I could serve those in need in accordance with my Catholic faith, was my American dream come true.”

“Working at this job, where I could serve those in my community, didn’t feel like a job,” Alexia explained. “It felt like I was working in ministry helping those in need. I felt like I was making a difference in this world and serving Christ at the same time.”

As a health educator at LCH, Palma taught many classes, focusing mostly on chronic health issues. One of LCH’s classes in the “Being a Mom” course focused on birth control, including the use of emergency contraceptives such as Plan B and Ella.

Alexia is devoted to the teaching of the Catholic Church, which is morally opposed to birth control because of the belief that all people are created in the image of God. The Church teaches that birth control must not be used to prevent conception or destroy embryonic life and Alexia believes that members of the Catholic Church are not morally permitted to teach about these contraceptive methods.

Caught between her faith and her job, Palma requested a simple religious accommodation – to be able to show a video instead of giving a personal presentation on the topic. Her supervisors agreed, and the arrangement worked well for a year and a half, ensuring Alexia’s religious convictions were respected while allowing LCH to achieve its educational mission, without any hardship to the company.

You Must “Put Aside” Your “Personal Beliefs”

When a new supervisor learned about Palma’s accommodation, she pulled Palma into a meeting with Ms. Amy Leonard, the Vice President of the Public Health Department at LCH, and the human resources director for LCH. There, Ms. Leonard gave Palma an ultimatum: “put aside” her religious beliefs and teach the class or be terminated. (Read emails where Leonard told Palma she must “put aside” her “personal beliefs”)

Alexia produced documentation showing that teaching the birth control class constituted less than 2% of her job. She asked if the company could continue to accommodate her by allowing her to show a video or simply allow another employee to substitute teach the class for her, as other employees had volunteered.

The human resources director listened to Alexia’s explanation and reviewed her employee file and then asked Ms. Leonard, “You can’t accommodate her?” The answer came immediately and emphatically: “No.” Ms. Leonard refused to consider a religious accommodation and said that Alexia had to personally teach the subject or else she would be fired.

Terminated Over Her Beliefs

Although the management team acknowledged Alexia’s performance was excellent in all other areas, they told her that unless she was willing to personally teach the birth control class, she would be terminated. Because she felt she could not teach the class without violating her faith and LCH refused to accommodate her religious beliefs, she was fired.

“I really loved my job and my patients, but I couldn’t do what the company was asking,” Palma says. “Through my difficult childhood, God has always been faithful to me, so I must be faithful to him. My faith comes first.”

On December 21, 2016, First Liberty Institute filed an official complaint with the EEOC on behalf of Palma, alleging that LCH engaged in religious discrimination when they fired her.

“The Supreme Court has already ruled on this – a company can’t fire a person just because the person needs a simple religious accommodation, especially when it can be provided with no hardship to the company,” Dys says, “No one should be fired over their religious beliefs.”

The Conflict is Resolved

On May 9, 2017, First Liberty Institute and Alexia reached an amicable settlement with her former employer. “I loved my time with Legacy Community Health Services and appreciate the effort its leadership has invested to positively resolve this situation,” she said.

“Legacy Community Health Services showed leadership by respecting free speech and religious liberty in the resolution of this matter,” added Hiram Sasser, First Liberty Deputy Chief Counsel. “Religious liberty in the workplace is an important issue in our nation today. Companies who find themselves in similar situations should follow Legacy Community Health Services’ good example in resolving these situations in an amicable manner.”

PRESS RELEASE
For Immediate Release: May 9, 2017

Alexia Palma released the following statement upon the resolution of the matter: “I am pleased that we have been able to resolve this matter in a way that is beneficial to all parties involved. I loved my time with Legacy Community Health Services and appreciate the effort its leadership has invested to positively resolve this situation.” 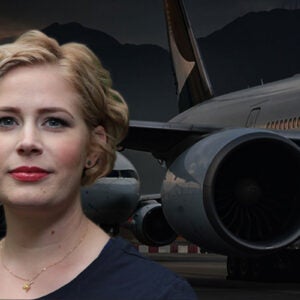