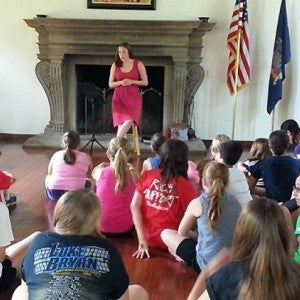 In July 2014, the city of Auburn, New York ordered First Presbyterian Church of Auburn to stop operating its summer Glee Camp ministry on church property. The city accused the church of violating city zoning ordinances by collecting a fee from campers. First Liberty defended the church, and in April 2015, the city agreed to stop prosecuting the historic church.

First Presbyterian Church of Auburn, New York has been in existence for over two centuries and has been in its current location since 1975. From its campus within a residential zoning district, First Presbyterian Church has conducted on its property many outreach programs to the surrounding community—including hosting veterans groups, prayer groups, grief support groups, youth and marriage retreats, and music festivals.

One of the church buildings is a 36,000 square-foot mansion that was constructed by Theodore Case, the inventor of the technology that made “talking pictures” possible. When the home, which sat adjacent to the church’s property, became available for purchase, First Presbyterian Church saw this as an opportunity to acquire the home and expand the congregation’s outreach to the surrounding community.

Since 2012, First Presbyterian Church had held on this part of its campus a musical theater summer camp—“Glee Camp”—to serve the community’s local children and their families. In order to offset costs of instructors and materials for the three-week-long session that includes singing, dancing, and acting classes, young campers paid a fee. The church made no profit from hosting the Glee Camp and, in fact, lost money.

But the intent of holding the Glee Camp was never to make a profit. The church’s pastor, Rev. Eileen Winter, explained in an affidavit three reasons why the church hosts the camp:

First, [Glee Camp] brings in persons with whom we want to build a faith relationship who may be reluctant to visit our Church or may be looking for a church home. Second, the camp advances the Church’s religious mission of supporting the community and the love of music. Music is an integral part of religious worship, as recorded in both the Old and New Testaments as well as the traditions of the Church. Third, the camp helps us train an upcoming generation of future worship leaders and participants for our community in general and our Church specifically.

As campers began to arrive at the church in July 2014, the City of Auburn sent a cease-and-desist order demanding that the church stop operating the Glee Camp. The city accused the church of violating the town’s zoning ordinances.

The citation ordered the church to “immediately cease” operating the camp and called the ministry a “commercial use” of the church’s property. The citation stated, “This is not an allowable use here.”

On December 19, 2014, First Liberty and local attorney Andy Leja of Hiscock & Barclay LLP filed a brief in defense of the church. The brief argued that the city’s cease-and-desist order constituted anti-religious discrimination and violated the federal Religious Land Use and Institutionalized Persons Act (RLUIPA).

At a hearing on February 4, 2015, lawyers with First Liberty argued that the city’s unlawful enforcement action should be dismissed because it violated the First Amendment of the U.S. Constitution and RLUIPA. The Equal Terms Clause of RLUIPA states that “[n]o government shall impose or implement a land use regulation in a manner that treats a religious assembly or institution on less than equal terms with a nonreligious assembly or institution.” 42 U.S.C. § 2000cc(b)(1). At the hearing, Auburn City Court Judge David B. Thurston took the case under advisement.

However, in April 2015, the city of Auburn withdrew its cease-and-desist order and agreed to take no further action against the church and it’s camp ministry.

“The city had no choice but to drop this lawsuit because the facts and the law are clearly on the side of the church,” Sasser said. “Cases like this one continue to set valuable precedent for churches across the country, and we look forward to this church once again offering the summer glee camp to the community it has faithfully served for two centuries.”

In her affidavit dated December 19, 2014, Rev. Winter stated, “The heart and soul of First Presbyterian Church in Auburn, NY is to serve God by serving its community; we look forward to being once more set free to do so.”

And, thanks to First Liberty, the First Presbyterian Church of Auburn is once again free to do just that.

Attorneys Defend Historic First Presbyterian Church and Its Legacy of Community Service From the City of Auburn, NY’s Misguided and Discriminatory Zoning Ordinance

AUBURN, NY, December 22, 2014—Attorney Andrew Leja of Hiscock & Barclay LLP and the Liberty Institute filed a brief in defense of the First Presbyterian Church, a pillar of the community of Auburn, NY, for more than 200 years, against the City of Auburn for banning the church from holding a summer glee camp on its property. First Presbyterian Church is the target of a misguided and discriminatory zoning enforcement action by the City that harms the church’s ability to carry out its mission in the community and has a chilling effect on similar faith-based activities on the church grounds.

Attorneys charge that the city officials’ decision to order the church to cease and desist from having its summer glee camp is religious discrimination and violates the Religious Land Use and Institutionalized Persons Act (RLUIPA).

“We don’t know why the City chose to discriminate against the Glee Camp,” said Hiram Sasser, Liberty Institute Director of Litigation. “Cases like this one continue to set valuable precedent for churches across the country, and we look forward to this church once again offering its summer glee camp to the community it has faithfully served for two centuries.”

“It is unfortunate that the Church must contend with legal issues during the Christmas season when we would much prefer to focus on the peace and joy Christ brings,” said Reverend Eileen Winter of First Presbyterian Church.

The heart and soul of First Presbyterian Church of Auburn, NY is to serve God by serving its community. The church’s sponsorship and promotion of artistic and charitable endeavors is an extension of its religious mission, and the Glee Camp is just the latest in a long line of endeavors in its extensive legacy of service to the people of Auburn. 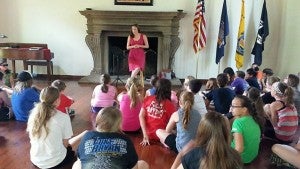