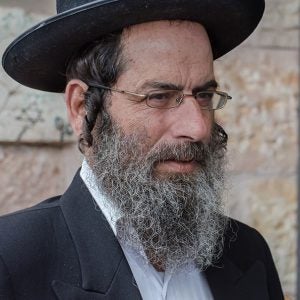 For over a thousand years, Jewish congregations around the world have participated in Kapparot, a sacred atonement ritual that takes place between the High Holy Days of Rosh Hashanah and Yom Kippur. During Kapparot, as traditionally practiced by some Orthodox Jewish synagogues, individuals contemplate the atonement of sins through prayer and the humane killing of chickens in a Kosher manner. First Liberty Institute is fighting to defend the religious right of Orthodox Jewish communities in Southern California to engage in this Kosher practice after the historic tradition came under a series of attacks over several years by activist groups.

In what has become a yearly tradition as the Jewish High Holy Days approach, anti-Kapparot activists are again asking a court to stop an Orthodox Jewish atonement ritual that dates back to at least the seventh century.  First Liberty is defending the Hebrew Discovery Center synagogue (“HDC”), in California from this legal action.

The religious rite of Kapparot has been practiced by Jewish communities for over a thousand years. Kapparot is a sacred religious ceremony performed by Orthodox Jewish congregations, where the atonement of sins is contemplated through prayer and the kosher and humane killing of chickens. The ceremony takes place in anticipation of Yom Kippur, or the “Day of Atonement,” the holiest day on the Jewish calendar.

But since 2015, anti-Kapparot activists filed no fewer than five lawsuits and ten motions for injunctive relief against synagogues in southern California.  In one, the activists went so far as to claim an alleged right to engage in “private person arrest” of Kapparot participants. The lawsuit threatened that the activists would take matters into their own hands if the government did not shut down the synagogue’s ritual.

First Liberty Institute first successfully intervened to defend an Orthodox Jewish congregation in Orange County in October 2016, on the eve of Yom Kippur.  The lawsuit mirrored a similar case brought the year earlier in 2015 against Los Angeles synagogues, in which the court determined that the plaintiffs lacked standing, their claims lacked merit, and the lawsuit violated the synagogues’ constitutional rights.

Undeterred, in 2017, anti-Kapparot activists again targeted the HDC synagogue in Los Angeles. This time, they sued the city to try to force the government to stop the ritual. The court again rejected the activist’s claims.

The legal battle has continued ever since.  Even when not having to defend its religious practices in court, on several occasions the HDC synagogue has been the target of vandalism.

Now, once again, First Liberty will be defending the synagogue’s freedom before a California judge.

Stephanie Taub, Senior Counsel at First Liberty said, “For the tenth time in the past five years, activists have attempted to use the justice system to protest and bully our clients, small Orthodox Jewish synagogues and their rabbis, over a religious tradition that has survived since at least the seventh century.   Our nation’s courts are not the place for the systematic harassment of our Orthodox Jewish neighbors and they should not have to have an annual court date to defend what the First Amendment clearly protects.”

First Liberty Institute files for an emergency protective order after activists renege on promise to refrain from harassing and threatening to arrest members of local synagogues.

LOS ANGELES, California—On early Thursday morning, First Liberty Institute attorneys filed for an emergency protective order in APRL v. City of Los Angeles on behalf of five Orthodox Jewish congregations and their members. The action comes two weeks after the filing of a lawsuit seeking to compel the cities of Los Angeles and Irvine to prevent Orthodox Jews from participating in a millennia-old religious ritual while claiming the right to place individual kaporos participants under “private persons arrest” if the police will not. Last week, activists promised that Orthodox Jews practicing kaporos would not be physically assaulted or threatened with arrest.

“This kind of oppression by animal rights activists against the Orthodox Jewish community must stop,” said Stephanie Taub, counsel to First Liberty. “No one should fear being placed under arrest—by the police or fellow citizens—for peacefully exercising their religion.”

Kaporos is a historic religious rite that takes place between the Jewish Holy Days of Rosh Hashanah and Yom Kippur, where the atonement of sins is contemplated through prayer and the kosher and humane killing of a chicken.

“For several years, the Orthodox Jewish community of Los Angeles and Irvine has been forced to respond to lawsuits, trespassers, vandals, thieves, and now the prospect of being placed under arrest—all during the holiest days of their religious calendar,” said Taub. “No one should be forced to answer lawsuits, fend off vandals and thieves, or be subject to arrest while peacefully practicing of their faith.”

Last year, First Liberty defended the Chabad of Irvine against two lawsuits brought by activists opposed to kaporos. Learn more about these cases at FirstLiberty.org/Chabad. An earlier suit brought separately by the same attorneys against specific members of the Los Angeles orthodox community and their synagogues (United Poultry Concerns, Inc. vs. Bait Aaron, Inc.), was dismissed outright, thanks to Aryeh Kaufman of the Law Office of Aryeh Kaufman, and G. Scott Sobel, of the Law Office of G. Scott Sobel, on freedom of religion grounds by the Los Angeles Superior Court.

First Liberty has moved to intervene on behalf of its clients for the sole purpose of obtaining a protective order to ensure the constitutional rights of their clients are fully protected. Learn more at FirstLiberty.org/Kaporos.

About First Liberty Institute
First Liberty Institute is a non-profit public interest law firm and the largest legal organization in the nation dedicated exclusively to defending religious freedom for all Americans. To arrange an interview, contact Lacey McNiel at media@firstliberty.org or by calling 972-941-4453.

7/13/20 – Response to Motion for Injunctive Relief 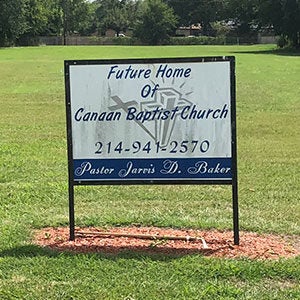