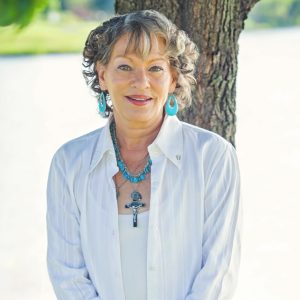 The First Amendment protects the religious liberties of all Americans to pray and peacefully exercise their religious beliefs – especially in their own homes. After police officers came to the home of Mary Anne Sause in 2013 to respond to an alleged minor noise complaint, they told her to prepare to go to jail and ordered her to stop praying in order to harass her. Police officers should have known that ordering a woman to stop praying in her own home without a legitimate law enforcement reason violates the First Amendment. In June 2017, The U.S. Court of Appeals for the Tenth Circuit ruled that the officers were shielded from legal liability even though the court assumed the officers violated Sause’s First Amendment rights. First Liberty and Gibson, Dunn & Crutcher LLP filed a petition for certiorari with the U.S. Supreme Court, asking the Court to reverse the decision in the case. In June of 2018, the Supreme Court reversed the Tenth Circuit’s decision and ordered that court to take another look at the case.

Mary Anne Sause is a retired Catholic nurse on disability. Her case began with a hand-written complaint and, with First Liberty as appellate counsel, proceeded all the way to a victory before the Supreme Court of the United States.

As she explained in her complaint, Sause was at her Louisburg, Kansas home on the night of November 22, 2013, when two police officers approached her door and demanded that she allow them inside. Sause did not open her door because the officers did not identify themselves and she could not see them through her broken peephole. As a rape survivor, Sause never opens her door to anyone she can’t identify.

The police officers left, but later returned to Sause’s home and again demanded to be let inside. When Sause came to the door, they asked why she didn’t answer the door the first time. Ms. Sause showed her pocket Constitution to the officers, who still had not explained the reason for their appearance, and she questioned whether she was required to let them in her home. One officer laughed and said, “that’s just a piece of paper” that “doesn’t work here.”

Once inside Sause’s apartment, the officers continued to harass her. An officer told Sause to prepare to go to jail. When Sause asked why, he said, “I don’t know yet.”

Frightened, Sause requested the officer’s permission to pray. The officer allowed it, and Sause knelt to begin praying silently. When the second officer returned and saw Sause kneeling in silent prayer, he ordered her to “get up” and “stop praying.” Terrified, Sause complied. The officers continued to intimidate her.

Only at the end of the encounter did the officers inform Sause that they came to her home because of minor noise complaint that her radio was too loud.

“The police are supposed to make you feel safe, but I was terrified that night,” Sause said. “It was one of the worst nights of my life.”

In November 2015, Sause filed a federal lawsuit in a Kansas district court. The district court dismissed Sause’s complaint, claiming the police officer’s order to stop praying “may have offended her,” but did not “constitute a burden on her ability to exercise her religion.”

In the Fall of 2016, First Liberty Institute and Gibson, Dunn & Crutcher LLP, appealed the district court’s ruling to the United States Court of Appeals for the Tenth Circuit. Veteran U.S. Supreme Court advocate and now a judge on the U.S. Court of Appeals for the Fifth Circuit, James Ho, initially led the case.  After Judge Ho took the bench, Allyson Ho, also of Gibson, Dunn & Crutcher LLP, stepped in to be lead counsel on the case for First Liberty.

After hearing arguments on the case, a three-judge panel of the Tenth Circuit upheld the lower court’s decision. The majority held that even assuming First Amendment violations occurred, the police officers were shielded from liability based on the legal doctrine of qualified immunity. Read the opinion.

Supreme Court: “the First Amendment protects the right to pray”

In November 2017, First Liberty and Gibson, Dunn & Crutcher LLP filed a petition for certiorari with the U.S. Supreme Court, asking the Court to hear and issue a final decision in the case.  In June 2018, the Justices reversed the Tenth Circuit’s decision and sent the case back to that court for further review. Read the opinion.

As the Supreme Court’s opinion recognized, “There can be no doubt that the First Amendment protects the right to pray. Prayer unquestionably constitutes the ‘exercise’ of religion.”

“The Supreme Court’s decision is a just outcome for Ms. Sause and a victory for religious liberty,” said Kelly Shackelford, President and CEO of First Liberty. “The Court clearly affirmed that the First Amendment protects every American’s right to pray.”

On last day of term, Justices uphold right of woman to pray in her home

“The Supreme Court’s decision today is a just outcome for Ms. Sause and a victory for religious liberty,” said Kelly Shackelford, President and CEO of First Liberty. “No American citizen should never be ordered by government officials not to pray in their own home.”

Attorneys for Sause had asked the Supreme Court to reverse the appellate court’s ruling that the police officers, who in 2013 entered Sause’s home to investigate an alleged minor noise complaint, harassed her, and ordered Sause, a devout Catholic, to stop praying in her home were entitled to qualified immunity. The Supreme Court’s decision sends a clear signal that citizens are entitled to religious liberty in their own home.

The case was led by veteran U.S. Supreme Court advocate and now judge on the U.S. Court of Appeals for the Fifth Circuit, James Ho. After Judge Ho took the bench, Allyson Ho, also of Gibson, Dunn & Crutcher LLP, stepped in to be lead on the case for First Liberty.

In response today, Ms. Sause said, “I am thankful that God provided me attorneys from First Liberty and Gibson, Dunn and Crutcher who fought this tremendous legal battle on my behalf.”