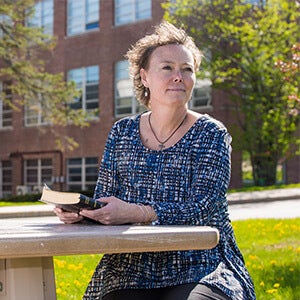 Toni Richardson is an educational technician who works with special needs students at a high school in Augusta, Maine. In a private conversation, Toni told a coworker that she would pray for him. A few weeks later, a school official ordered Toni to never make “faith-based” statements on school grounds even in private. She ordered Toni to never tell others—even fellow church attenders—that she was praying for them. The school also threatened Toni with further disciplinary action, including possible termination, if she said anything considered “unprofessional” in the future, including using faith-based phrases. On May 16, 2017, First Liberty Institute and the Maine law firm Eaton Peabody filed a complaint of religious discrimination and retaliation against the school district with the U.S. Equal Employment Opportunity Commission. Less than six months later, the school district withdrew its threats of disciplinary action against Toni and acknowledged the First Amendment rights of all school employees “to express religious beliefs or use faith-based language at school.”

Toni Richardson is a Functional Skills Educational Technician at a high school within the Augusta School Department in Augusta, Maine. She works with students who have special needs due to cognitive and emotional disabilities and helps them learn important skills for functioning in life.

Toni is a devout Christian who considers her faith to be foundational to her life. She is active in ministry, serving others through her church’s nursing home ministry and also the monthly dinners given by her church for members of the community who are less fortunate.

She says, “Because my faith is an integral part of who I am, my religious beliefs influence how I see the world and sometimes affect the words and phrases I use as a part of casual conversations with friends and colleagues. I pray often for the people I care about and sincerely believe in the power of prayer.”

In September 2016, however, Toni was interrogated by a school official about the religious content of her conversations. The official asked Toni if she had told anyone at the school she was a Christian, that she would pray for them, or if she had made any “faith-based statement[s].” According to the official, such statements would even include phrases like “That’s a blessing.”

The school official told Toni that she was violating the First Amendment of the U.S. Constitution and that she couldn’t tell people they would be in her prayers—which was something Toni had recently done one day at work in a private conversation with a coworker.

In that conversation, Toni had sought to encourage her coworker by telling him that she would pray for him. The conversation occurred after students had left class and while Toni and the coworker were alone. At the time, Toni’s coworker—who attended her church—thanked her for her kind gesture.

Regardless, soon after being interrogated, Toni was sent an official, written “coaching memorandum.” The memo stated that it was “imperative” that Toni stop “us[ing] phrases that integrate public and private belief systems when in the public schools.”

The memo asserted that the phrases “I will pray for you” and “you were in my prayers” were “not acceptable – even if that other person attends the same church as you.” The memo also invoked the “separation of church and state” and threatened that if Toni had any other conversations that school officials decided were “unprofessional,” Toni would face further disciplinary action and could even be fired.

“I was shocked that my employer punished me for privately telling a coworker, ‘I will pray for you,’” Toni stated in a press release. “I am afraid that I will lose my job if someone hears me privately discussing my faith with a coworker.”

Toni retained the assistance of First Liberty Institute, and on May 16, 2017, First Liberty and the elite Maine law firm Eaton Peabody filed a complaint on Toni’s behalf with the U.S. Equal Employment Opportunity Commission (EEOC).

The complaint argued that the school’s actions showed hostility toward Toni’s expression of faith and constituted “unlawful viewpoint discrimination” banned by the First Amendment of the U.S. Constitution. It also stated that under Title VII of the Civil Rights Act of 1964, school districts like the Augusta School Department are required to accommodate the religious beliefs of its employees.

“No one should be threatened with losing their job for privately telling a coworker, ‘I will pray for you,’” Jeremy Dys, Deputy General Counsel at First Liberty Institute, stated. “School employees are not required to hide their faith from each other while on campus.”

In November 2017, less than six months after First Liberty and Eaton Peabody filed Toni’s EEOC complaint, the school district sent Toni an updated coaching memorandum. The school district withdrew any threats of disciplinary action against Toni and acknowledged the First Amendment rights of all school employees, including Toni, “to express religious beliefs or use faith-based language at school.” Further, the updated coaching memorandum said comments such as “God Bless You” or “I am praying for you” are permissible when made to co-workers outside of the hearing of students.

“I love my job helping special needs students succeed, and I am glad that I don’t have to sacrifice my First Amendment rights in order to be here,” Toni Richardson says. “I hope my colleagues, and school employees across the country, will remember that the First Amendment still protects our private conversations at work.” 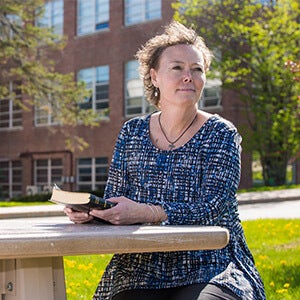 Victory for Special Education Employee Reprimanded for Telling Coworker, “I will pray for you”

Although school records show that Richardson has been an exemplary employee, last year the school district threatened her with disciplinary action or dismissal if she continued to privately discuss her faith with her coworkers in any manner at school, even among coworkers who attend the same church as Richardson.

“It is important for each of us to defend the religious liberty of every American,” Timothy Woodcock of the Maine law firm of Eaton Peabody and lead counsel for Toni Richardson, says. “Toni’s case should be a reminder to employers everywhere that you cannot discriminate against employees who privately discuss their faith at work.”

“The Supreme Court has been very clear on this: Neither students nor teachers lose their First Amendment rights at the schoolhouse gate,” said Jeremy Dys, Deputy General Counsel for First Liberty. “The Constitution protects teachers like Toni who do not and should not have to censor their religious beliefs in private conversations at work.”

The updated coaching memorandum withdraws any threats of disciplinary action against Richardson by the school district and acknowledges the First Amendment rights of all school employees, including Richardson, “to express religious beliefs or use faith-based language at school.” The memorandum continues:

Comments such as “God Bless You” or “I am praying for you” are permissible when made to co-workers outside of the hearing of students.

“I love my job helping special needs students succeed, and I am glad that I don’t have to sacrifice my First Amendment rights in order to be here,” Toni Richardson says. “I hope my colleagues, and school employees across the country, will remember that the First Amendment still protects our private conversations at work.”