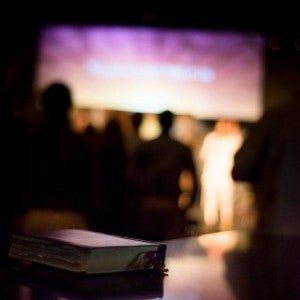 Officials in Jefferson Parish come to church, fingerprint pastor, and issue criminal summons against him for church being “too loud”

First Liberty represents Vintage Church in a New Orleans suburb. After a disgruntled neighbor complained that the church’s tent services were “too loud,” Jefferson Parish officials issued a criminal summons for breaking a noise level of 60 dB—which is the noise equivalent of a running dishwasher or a conversation in a restaurant. The parish’s ordinances place sound limits on churches but not on power tools, construction, or demolition noise. First Liberty filed a lawsuit against Jefferson Parish on December 10, 2015. In addition, First Liberty requested a Temporary Restraining Order (TRO) on December 10 to prevent Jefferson Parish from enforcing their noise ordinance in such a discriminatory manner.

Vintage Church is a Southern Baptist Church that began in response to the devastation wrought by Hurricane Katrina, with a mission of serving the City of New Orleans. The church’s sanctuary is currently undergoing construction to accommodate church growth. In the meantime, members are meeting in a tent on the church property on Sunday mornings.

Since the church moved to the tent, a disgruntled neighbor has complained that the outdoor services were “too loud.” The government insists that the church’s noise levels must not exceed 60 dB—the equivalent of “typical conversation, dishwasher, clothes dryer” (American Speech-Language Hearing Association). While Jefferson Parish places limits on church sounds, other noises like power tools, demolition sounds, and construction sounds are not so restricted.

Vintage Church hired a sound engineer to ensure that the volume of the church service was not too loud outside of the tent. The church even went so far as to attempt to have a worship service with no sound amplification—not even letting their pastor use a microphone.

Nevertheless, the parish has issued a summons against Vintage Church Executive Pastor Matthew Brichetto. The summons constitutes a non-custodial arrest, where the pastor is considered under arrest, but is not taken into custody.

After a hearing on December 22, 2015, the judge denied First Liberty’s request for injunctive relief to stop the Defendants from infringing on Vintage Church’s rights.  First Liberty filed an appeal of that order with the Fifth Circuit Court of Appeal in Louisiana on February 5, 2016.

First Liberty attorneys say the government’s demands are in violation of The Louisiana Preservation of Religious Freedom Act (LPRA), which states:

Government shall not substantially burden a person’s exercise of religion, even if the burden results from a facially neutral rule or a rule of general applicability, unless it demonstrates that application of the burden to the person is both: (1) In furtherance of a compelling governmental interest. (2) The least restrictive means of furthering that compelling governmental interest.

“The government’s demand that the services cannot exceed the noise level of a conversation is ridiculous,” said First Liberty Senior Counsel Justin Butterfield. “Power tools and demolition noises are permissible but a relatively quiet church service is prohibited. These demands are preventing Vintage Church from holding their worship services and from having their planned Christmas program during Advent. Furthermore, these demands violate the Louisiana Preservation of Religious Freedom Act. This is illegal and must stop.”

On December 10, 2015, First Liberty and attorney Roy Bowes filed a lawsuit against Jefferson Parish, making the argument that:

OFFICIALS IN JEFFERSON PARISH COME TO CHURCH, FINGERPRINT PASTOR, AND ISSUE CRIMINAL SUMMONS AGAINST HIM FOR CHURCH BEING “TOO LOUD” AT CHRISTMASTIME

While Vintage Church, located in a New Orleans suburb, is undergoing construction, members are meeting in a tent on the church property on Sunday mornings. After a disgruntled neighbor complained that the church’s outdoor services were too loud, officials in Jefferson Parish issued a summons to the executive pastor for breaking a noise level of 60 dB—which, according to the American Speech-Language Hearing Association, is the noise equivalent of a running dishwasher or a typical conversation.

The church has made every effort to keep the noise level as low as possible, including hiring a sound engineer to keep the volume low. They even held worship services with no sound amplification—not even letting their pastor use a microphone and losing their ability to show Advent videos. Nevertheless, the parish issued another summons against Vintage Church executive pastor Matthew Brichetto, ordering him to appear before a Louisiana court on January 11, 2016.

On behalf of the church, Liberty Institute and attorney Roy Bowes filed a lawsuit against Jefferson Parish. A hearing will be held on December 15, 2015.

Justin Butterfield, Senior Counsel for Liberty Institute, said, “The government’s demand that the services cannot exceed the noise level of a conversation is ridiculous. Power tools and demolition noises are allowed, but a relatively quiet church service is prohibited. This is illegal, violating state and federal law, and must stop.”

Vintage Church Lead Pastor Rob Wilton says, “Every year our church loves celebrating the Christmas season, and these restrictions have certainly affected our ability to provide this joyful time of worship. We are praying that this matter can get resolved quickly so we can get back to doing what we love most: serving the community and worshiping Jesus in freedom during Christmas and into the New Year.”

Read more about the case: libertyinstitute.org/vintagechurch 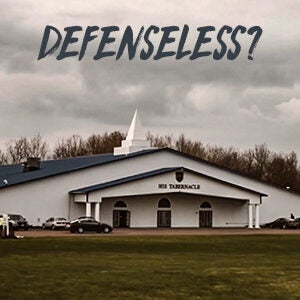