Let Us Not Forget

The goal of the North East POW/MIA network is simple. It’s to heighten public awareness to the plight of American Prisoners of War and Missing in Action. For decades, the Network has hosted vigils to honor and rememeber those POW/MIA along with providing a weekly Freedom Ride for those in the area. The Network also arranges for Missing Man Tables to be displayed in order to honor the missing civilians and soldiers from across the military.

One of these tables is under attack. Herman “Herk” Streitburger, a former World War II POW in Germany donated a Bible to one of these rememberance tables and radicals are wanting to remove it.

They Picked a Fight With the Wrong Veteran

For decades, proud veterans and their families have displayed “Remembrance Tables” at various veteran’s facilities to honor prisoners of war and those missing in action.

First Liberty Institute – led by LtCol USMCR Mike Berry, FLI’s Chief of Staff – is fighting to stop a group of deceptively named activists called the Military Religious Freedom Foundation who have filed a lawsuit demanding that a veteran’s Bible be removed from a POW/MIA Remembrance Table in Manchester, N.H.

But they picked a fight with the wrong veteran, a beloved American hero who has the unwavering support of our firm — U.S. Army Air Corps Technical Sergeant (TSgt) Herman “Herk” Streitburger, who graciously donated the Bible as a symbol of the faith that sustained him through a year in captivity at a German prison camp during World War II.

Like thousands of other service members and veterans, Herk Streitburger is a living example of all the American prisoners of war through the years who have relied on their faith as a source of comfort and courage during their captivity.

He Found His Strength in His Faith

In 1944, TSgt “Herk” Streitburger and his crew were shot down while on a mission to Vienna, Austria and two of his crew were killed. He and the eight remaining crew members were captured by German forces and taken to a prison camp in northern Germany. During his capture, his faith proved to be a great source of strength and helped give him the courage to carry on.

Years later, TSgt Streitburger graciously donated his Bible to a local VA hospital to be part of a POW/MIA Remembrance Table display—only to face a new attack. 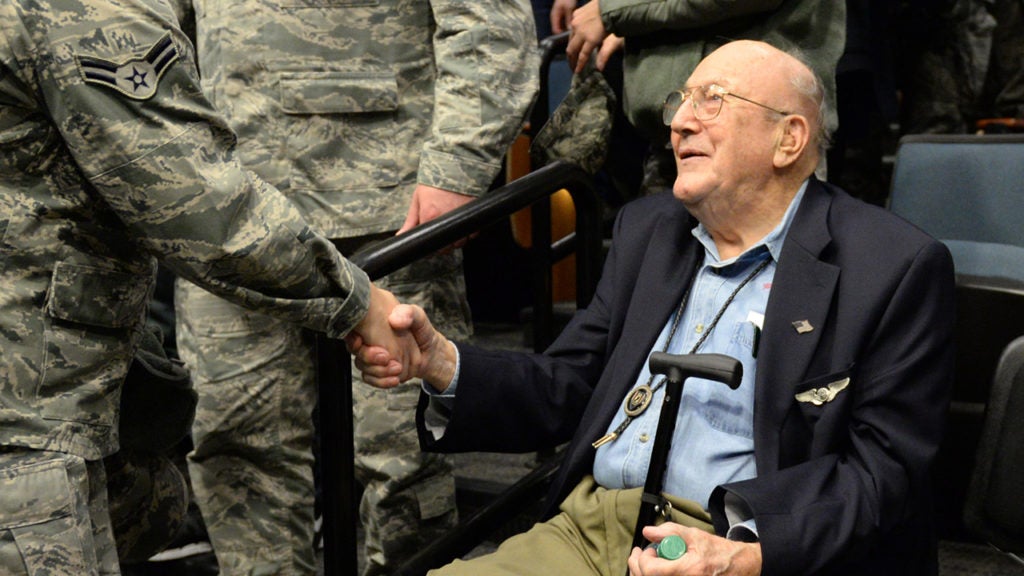 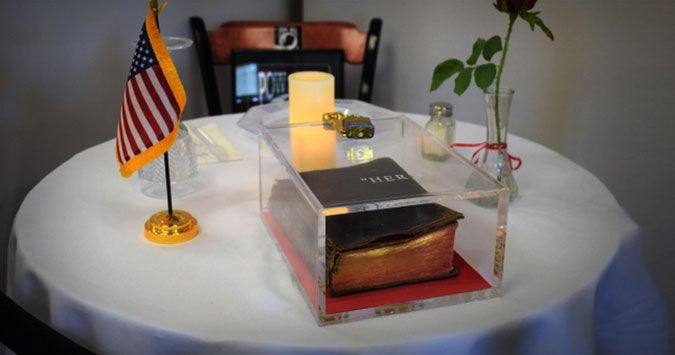 The MRFF actually referred to this Bible as “repugnant.”

Our Heroes Will Never Be Forgotten

If you thought the wheels of the anti-religion, anti-freedom discrimination machine would at least stop long enough to honor brave military heroes like TSgt Streitburger—unfortunately, you’d be wrong.

A group of anti-faith activists from out of state, the deceptively named Military Religious Freedom Foundation, can’t stand to see any reminder of the faith that sustained TSgt Streitburger. They’re determined to force the Bible out. Out of sight, out of mind.

But removing this Bible from the remembrance table would be a direct insult to TSgt Streitburger—as well as the countless brave American heroes who’ve had to endure cruelty while in the hands of the enemy. This is an insult that First Liberty Institute refuses to allow.

That’s where LtCol USMCR Mike Berry, FLI’s Chief of Staff, comes in. He’s dealt with this group many times in the past—successfully fighting and litigating against them in their quest to erase our nation’s religious freedom. So you can trust him when he says: Herk’s Bible is not going anywhere. Not on our watch.

Earlier this year, First Liberty sent a letter to the U.S. Department of Veterans Affairs Secretary, Robert Wilkie, urging him to issue a policy to allow all VA facilities to include a Bible in POW/MIA remembrance displays.

The VA recently announced an update and clarification to their policies and directives to protect the religious liberty of America’s veterans. Moving forward, the VA will permit religious literature, symbols and displays across facilities nationwide.

This policy is a welcome breath of fresh air and a positive action that will protect the religious freedom of our veterans, as well as their families. The fight is certainly not over yet, as the MRFF’s attacks on the freedom of our veterans are unlikely to stop anytime soon. But you can rest assured—we will remain first in the fight to ensure the rights of our military heroes are always protected.

In front of a packed house full of passionate U.S. military veterans at the 100th American Legion Convention this August, Vice President Mike Pence threw down the gauntlet.

Watch as Vice President Pence’s declaration of “The Bible Stays” draws uproarious approval from thousands of veterans as he responds to the attacks against the Remembrance Table display containing TSgt Streitburger’s Bible.

Be a Force Multiplier for our Military

We have a unique opportunity to stand together and fight for Herk, as well as thousands more of our military heroes who are being attacked by fringe, agenda-driven groups like the MRFF.

National heroes like TSgt Streitburger deserve to have their rights protected—but we can’t continue to be their first line of defense without your support.

The reality is, groups like the MRFF—as well as rogue deep-state officials inside the military—are relentless in their determination to attack the freedoms of America’s military veterans and servicemembers. They won’t stop unless we stop them.

And to stop them, we need your support! Help us continue to be first in the fight for our brave heroes, and stop the barrage of violations against their religious liberty. 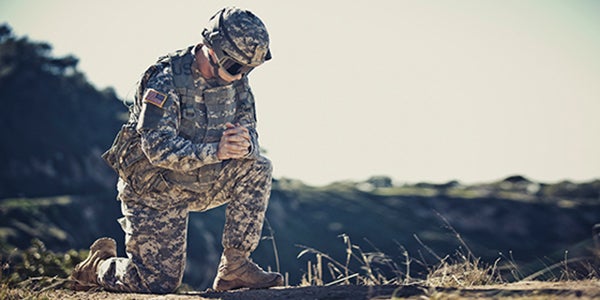 Stand with our military heroes today