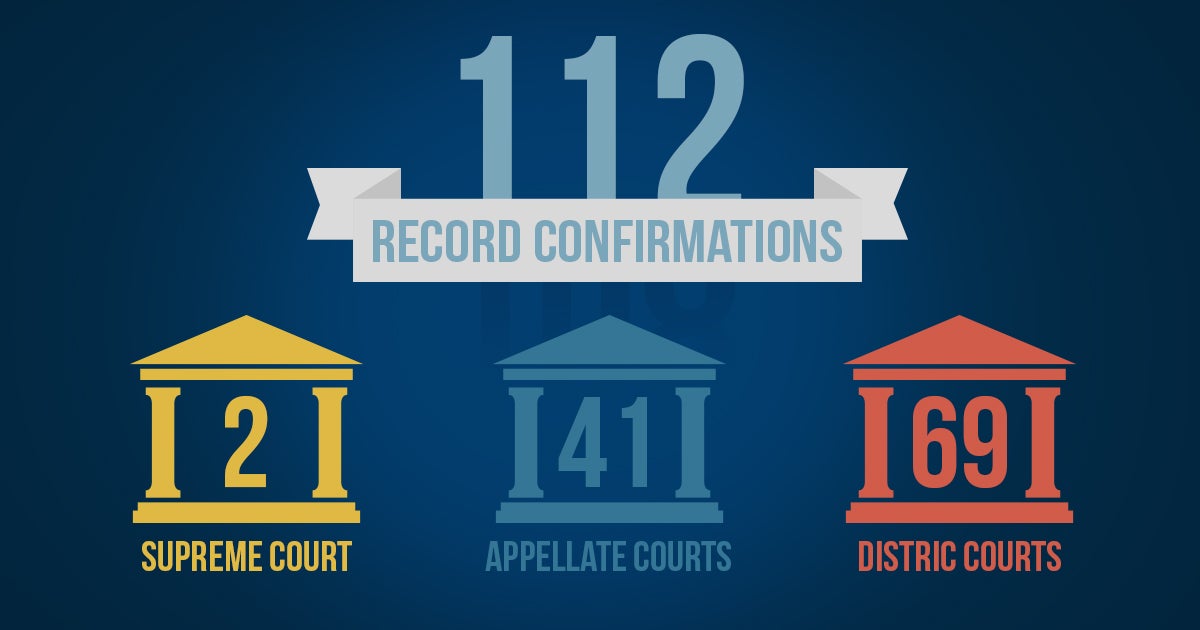 For the past two-plus years since the President assumed office, the administration and the U.S. Senate have made it a top priority to fill our federal courts with originalist, textualist judges who believe in the original meaning of the First Amendment.

In that time, they’ve made tremendous progress in the number of confirmed judges, and the momentum is going strong on the nomination front to this day.

In fact, we’ve seen some key milestones in the month of May.

Recently, the Senate and the Trump Administration reached important markers on the road to filling America’s federal bench with even more conservative judges. In this edition, we’re giving you the latest numbers on judicial confirmations, and why the federal courts are the First Priority for us and for millions of Americans like you. 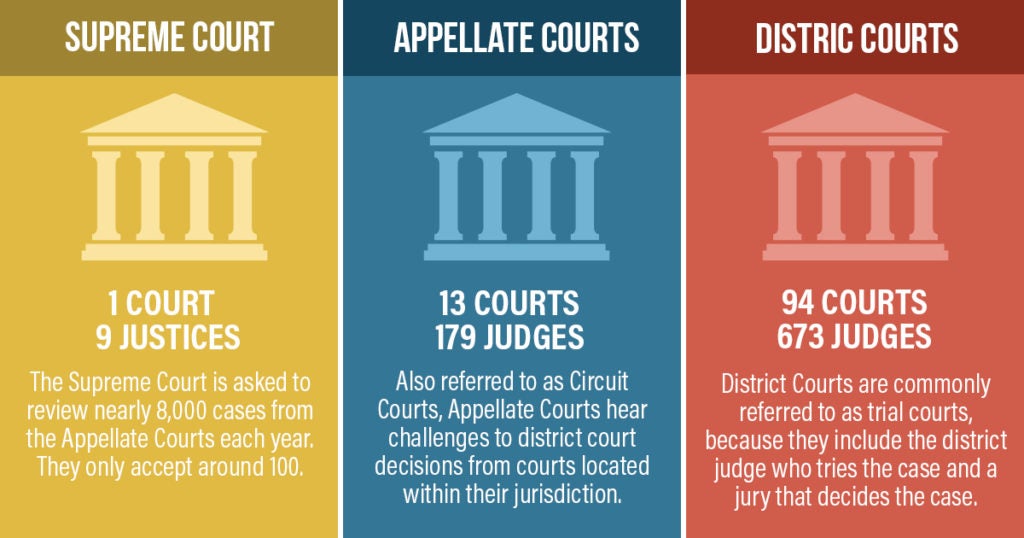 Earlier this month, the Senate reached the 100-judge milestone when it voted and confirmed Trump’s appointee, Rodolfo Armando Ruiz II, to the U.S. District Court for the Southern District of Florida.

And since confirming Ruiz, the Senate has only continued its momentum. Two more confirmations followed the very same day, with the Senate approving Raul Arias-Marxuach to the District of Puerto Rico and Joshua Wolson to the Eastern District of Pennsylvania. Other confirmations since then have brought the total number to 112, including almost 70 district court judges. A total of 112 confirmations means that Trump appointees alone now make up about 12% of federal judges.

Indeed, we should celebrate this progress, especially because the current administration has sought to nominate judges whose records show that they will faithfully apply the law, rather than attempt to reinterpret or make law through judicial activism. Judges committed to the original meaning of the Constitution are crucial to the protection of religious freedom and all our constitutional rights.

With the momentum going strong, it’s no time to slacken the pace. Because vacancies continue to accumulate, the total number still hovers above 135—it’s actually higher than when President Trump took office. In addition, over 60 nominees are pending in the Senate.

These vacancies and nominees mean there is still a tremendous window of opportunity to shape the courts for the next 30 or 40 years.

Earlier this week, the Senate confirmed its 41st circuit court judge, Daniel P. Collins, to the U.S. Court of Appeals for the Ninth Circuit.

With 41 judges now confirmed, Trump nominees make up 23% of judges at the circuit court level.

A couple weeks ago, the Senate confirmed two Second Circuit nominees, Joseph F. Bianco and Michael H. Park. The court now has a liberal-to-conservative majority of just 7-6. This means that a vacancy from a Democratic-appointed judge could lead to a “flip” of the circuit, and one such vacancy is already slated for the end of June.

In addition, Collins is the sixth nominee under the current administration to be confirmed to the Ninth Circuit. His confirmation brings the balance of Democratic and Republican-appointed judges to 16-11 on that court. Two vacancies remain, meaning that the Ninth Circuit could tighten to 16-13 if President Trump fills the remaining slots.

You should keep in mind that circuit court nominees are especially significant because they sit just one level below the U.S. Supreme Court. They have the potential to dramatically shift the legal landscape – and they often have the final word on many religious freedom cases.

Thanks to the outstanding work of the administration and the Senate in confirming circuit court nominees, the vast majority of remaining vacancies are at the district court level. In contrast to the circuit court positions, confirmations at this level have often proceeded at a frustratingly slow pace.

However, the Senate recently accelerated the process for these judges by changing its rules to limit debate time to two hours for each district court nominee. Before this move, senators could debate for up to 30 hours for each nominee, causing partisan obstruction and delay.

With the change, the Senate can confirm district court nominees much faster, which will be especially helpful since approximately 70 district court vacancies are classified as judicial emergencies—seats on the federal bench that have been vacant for over 18 months.

Track the courts with us. Use our interactive and circuit court maps for up-to-date information on judicial nominees.