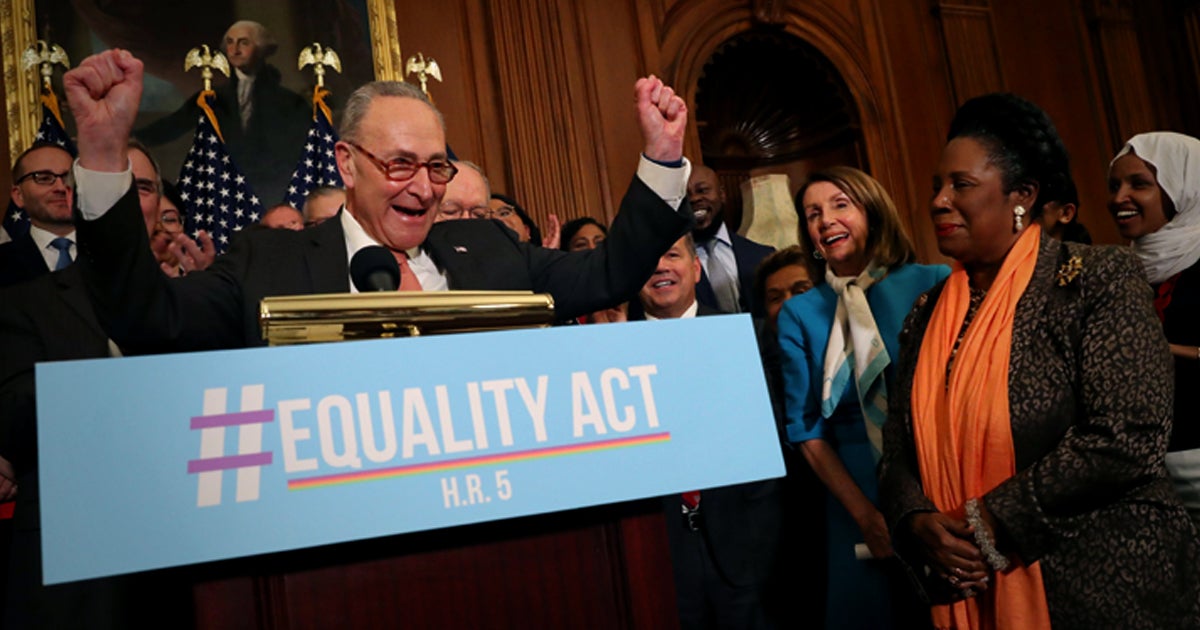 As First Liberty continues its national campaign to stop the court-packing coup attempt of the U.S. Supreme Court, we also remain vigilant of several other threats to religious freedom unfolding in Washington D.C.

Three major pieces of legislation coming down the pipeline on Capitol Hill could negatively impact religious liberty. Below, we’ll take a deeper look at each of these legislative proposals and analyze just how dangerous they are to your First Freedom.

First on the docket is the Equality Act. Having been passed in the U.S. House of Representatives, the bill currently awaits a final vote by the U.S. Senate. If approved by both chambers, it would then make its way to President Biden—who’s already stated he intends to sign the bill into law.

Let’s recap why the “Equality” Act is so harmful to religious freedom.

First, it would gut the Religious Freedom Restoration Act (RFRA), a landmark federal law that’s protected religious freedom for nearly three decades and permits Americans to have their day in court if they believe their religious liberty was violated.

Additionally, this bill would effectively turn religious individuals into second class citizens, as it focuses on promoting the Left’s LGBTQ political ideology above the rights and freedoms enshrined in the Constitution. The bill makes sexual orientation and gender identity protected classes under the Civil Rights Act of 1964 and expands the definition of public accommodation to:

This expansive redefinition could have a devastating impact on Americans who live out their faith in their daily lives, whether it’s in their own business, school, nonprofit organization or house of worship. It means that a Christian baker who makes custom wedding cakes, a pro-life obstetrician, a religious wedding venue, or a faith-based women’s shelter—just to name a few examples—could be forced to participate in activities that violate their religious convictions.

Bottom line, the Equality Act would be a blatant attack by the government to strip you of your First Amendment rights. And this isn’t the only bill we need to keep an eye on. 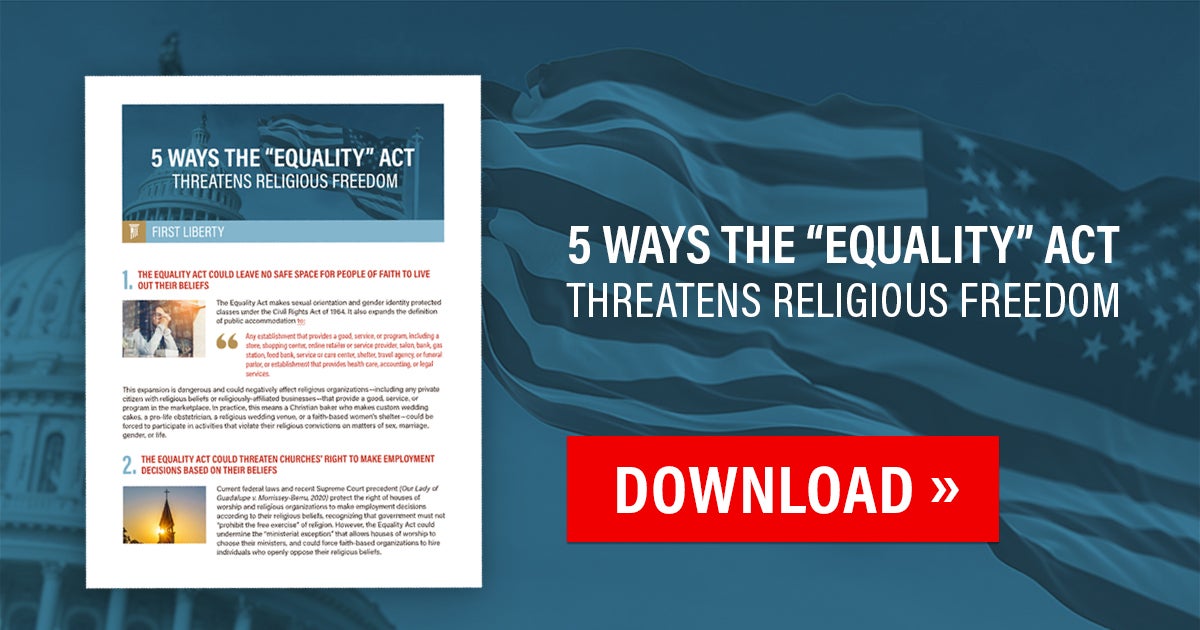 The second piece of legislation with damaging power is the “For the People” Act. Through redefining electioneering law and creating a court “picking” system, this bill could give immense power to a select elite in Washington D.C. who’d be in charge of interpreting the First Amendment and key religious freedom protections.

First, the “For the People” Act changes the definition of electioneering laws so that more actions by faith-based nonprofits can be considered political speech. Religious organizations, including churches, schools and charities could face overreaching restrictions to speech or government punishment for simply expressing views consistent with their beliefs.

Second, this bill sets up a rigged system of court “picking,” the practice of funneling cases to a specific court in order to receive a desired outcome. According to analysis by the Wall Street Journal, all but one federal court would be side-stepped in this bill for hearing First Amendment cases. The only court that would be allowed to hear First Amendment cases would be the D.C. Circuit Court of Appeals—a court that is currently comprised of a majority of liberal-appointed judges.

While much attention is given to the destructive scheme of court-packing, court picking is another Leftist power grab disguised as streamlined bureaucracy. Religious institutions that have an issue with new electioneering laws would have to face the liberal D.C. Circuit as their recourse to vindicate First Amendment violations.

Introduced just a few weeks ago by Sen. Amy Klobuchar (D-MN), the Health “Misinformation” Act is the latest bill that threatens to destroy First Amendment rights.

This bill would require social media platforms to censor and remove COVID-19 related content labeled as incorrect. If this bill were to become law, anyone who posts or expresses a viewpoint that doesn’t toe the line of the government’s message would be essentially scrubbed from the public view. Dissenters would be silenced for spreading “misinformation” and the government would be able to control the speech of millions of Americans by using the tech giants as its proxy.

If trampling on free speech weren’t enough, this bill could also be used to stifle and crush religious liberty.

The provisions of this bill leave it up to the U.S. Secretary of Health and Human Services (HHS) to determine “what constitutes health misinformation.” Operating under a vague definition of “misinformation,” HHS Secretary Xavier Becerra—a public official with a highly hostile record on religious liberty—would have enormous power to regulate and potentially censor religious content, posts and information shared by faith-based organizations on social platforms.

The wave of harmful bills pending in our nation’s capital make this a crucial time to work together and share with everyone the negative implications of these proposals.

With your ongoing financial support, First Liberty can continue equipping YOU—and millions of Americas—with the information and facts you need to take a stand. Please consider giving to First Liberty today to help us educate people of faith about legislative actions that threaten their religious freedom.