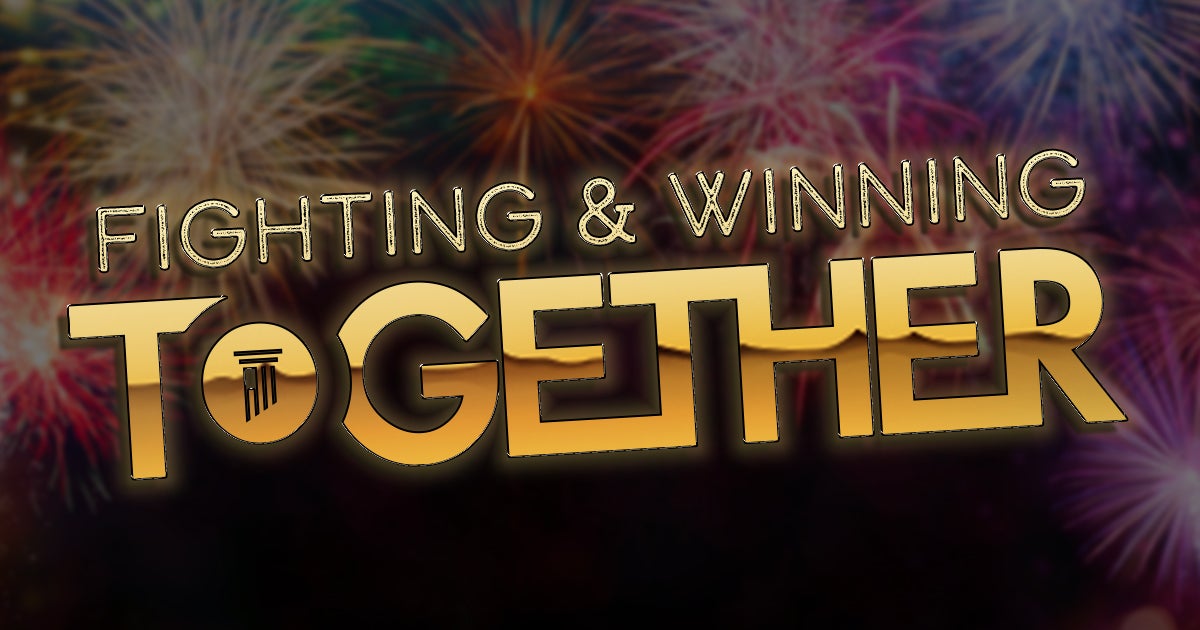 First Liberty recently won two major cases at the U.S. Supreme Court, one on behalf of Coach Joe Kennedy and the other for families in Maine in our Treat Children Fairly case. In fact, both of those wins at the nation’s highest court came in a single week’s time!

Thanks to your generous support, First Liberty fought two of the four religious liberty cases at the high court this term—and together with you, we won both!

What’s more, since 2018 you’ve helped First Liberty secure seven victories at the Supreme Court—and each one helps ensure that Americans can freely live out their faith.

In addition, we’re also winning important legal battles for people of faith, houses of worship, and religious organizations in local communities across America.

Here are three recent victories you’ll want to know about:

Chaplain for Federal Bureau of Prisons

A chaplain who works for the Federal Bureau of Prisons reported instances of religious discrimination affecting chaplains and prisoners at the corrections facility where he works. Most notably, he brought attention to COVID-19 protection measures that excessively restricted prisoners’ and chaplains’ access to religious activities. At the same time, secular activities were not subject to similar COVID-19 protection measures.

First Liberty, along with Harvard Religious Freedom Clinic, stepped in to assist this chaplain. On July 7th, he informed us that the restrictions on religious liberty at the prison were resolved. The person who was restricting inmate access to the chapel—shutting down programs, limiting worship time and denying meal accommodations—was removed from his position and is in the process of being moved to a new facility. This is an important victory for this chaplain, who said “there is life in the chapel again.”

U.S. Navy Chief Chad Agnew was denied a religious accommodation to the COVID-19 vaccine mandate. He faced possible discharge from the Navy just months before he was to retire after 20 years of honorable service to the nation. The Navy granted him a general exemption from vaccinations several years ago. Chief Agnew retained First Liberty to help and advise him. On June 30, Chief Agnew was granted his well-earned official retirement from the U.S. Navy.

First Liberty stepped in to help the Sirimingalar Dhamma Center, a Buddhist group in Minnesota. The local county government denied them a conditional use permit to construct a temple. The group then submitted a permit asking to use another property for a meeting place, one they had purchased to use as a residence for their monk.

On July 5, the county commissioners approved the permit. This is a crucial win for the Center, as it will allow them to use the property as a temple for worship.

As we celebrate these victories, we want to thank you for your continued support. It’s through those small, yet abundant victories that we see some of the most meaningful impact, because collectively, these wins all add up to help protect religious liberty for millions of Americans across our country. These wins, no matter how big or how small, show that when we fight together…we can win together.

Even with these crucial wins in hand, our work to defend and protect religious freedom is far from over. There are many other important opportunities right now to restore religious liberty and we must replenish our resources for the battles ahead.

We’re still fighting multiple, high-stakes cases, and we need your ongoing support to win them. They involve critical issues including the right of small business owners to operate their business according to their faith; the defending of service members who are being threatened with punishment and involuntary separation because they requested a religious accommodation to the vaccine mandate; and protecting the civil rights of employees who were fired for expressing an opinion based on their faith.

Right now, the opportunities to impact religious liberty in America are unlike anything we’ve seen. Together we have a chance to keep making history—and we’re inviting YOU to be a part of it.

Will you join the fight? Please give to First Liberty today.