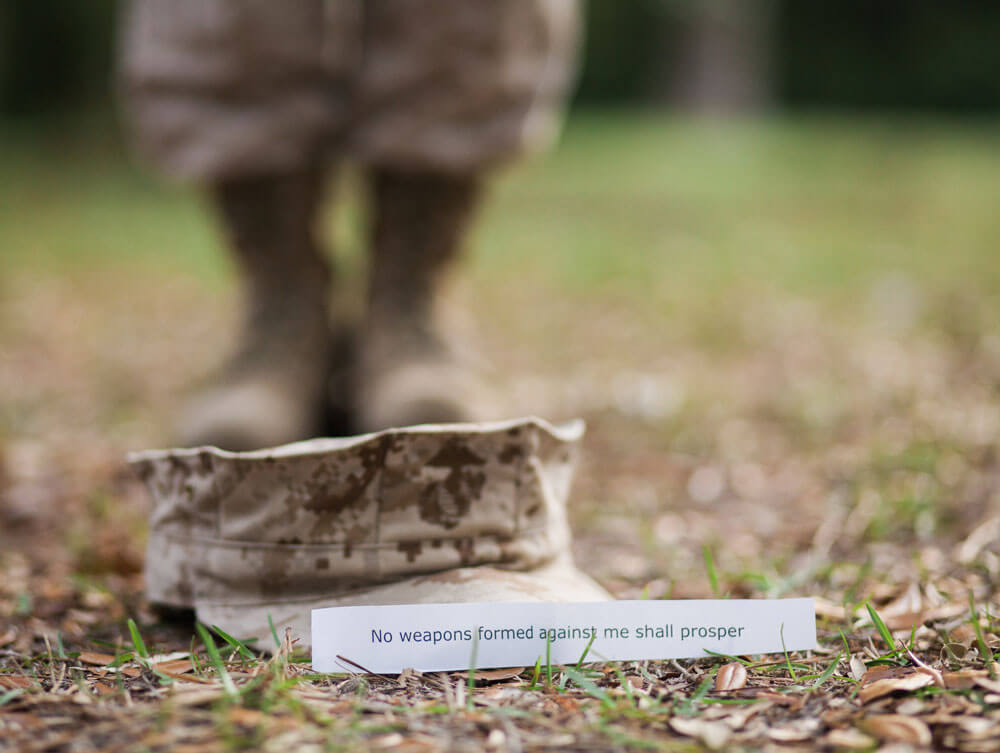 The United States Supreme Court has denied First Liberty Institute’s appeal in the case of Lance Corporal Monifa Sterling, a U.S. Marine convicted at court-martial for refusing an order to remove an inspirational Bible verse from her workstation.

Many observers considered it to be one of the most important cases in decades for religious freedom in the military, should it have reached the High Court.

Here are five facts to know about the case and the U.S. Supreme Court’s denial of the appeal:

#1       The Court Did Not Rule on the Merits, But Simply Declined To Hear The Case—So The Lower Court’s Verdict Stands.

Denying certiorari (a review by a higher court of a lower court’s decision) “is not considered a decision related at all to the merits,” said Kelly Shackelford, President, CEO & Chief Counsel for First Liberty, “so it really says very little.”

“However,” he continued, “because the Court did not decide to review the case, the travesty committed by the Court of Appeals for the Armed Forces (CAAF, which had upheld Sterling’s conviction at lower military courts) will now stand. The military court’s outrageous decision means federal judges and military officials can strip our service members of their constitutional rights just because they don’t think someone’s religious beliefs are important enough to be protected. Our service members deserve better.”

#2      The Appeal to the Supreme Court Focused Only on Sterling’s Religious Liberty Claims, Not Anything Else.

First Liberty took the case on appeal because of the denial by a lower court judge that the federal Religious Freedom Restoration Act (RFRA) did not apply. That law states that the federal government “shall not substantially burden a person’s exercise of religion” except for “furtherance of a compelling government interest.”

First Liberty received support through numerous amicus briefs to the Court arguing that the RFRA interpretation had been wrongly interpreted by the lower courts, including a brief signed by many members of Congress passed RFRA into law in 1993.

United States Marine Corps Lance Corporal (LCpl) Monifa Sterling was convicted at a court martial, in part, after she refused to take down a paraphrase of an inspirational Bible verse (“No weapon formed against me shall prosper” from Isaiah 54:17). She had posted the verse in her workspace and reposted it after her supervisor removed it and threw it in the trash.

Sterling claimed that her religious rights had been violated under the RFRA law. First Liberty’s appeal concerned the implications such an interpretation could have for other members of the military in different situations than Sterling, and even beyond the military.

#3       The Decision Does Not Eradicate Religious Liberty in the Military—Not by a Long Shot.

Mike Berry, First Liberty’s Deputy General Counsel and Director of Military Affairs, commented, “One bad decision does not wipe away the Constitution. Yes, the military court’s decision struck a hard blow to RFRA and the First Amendment.  But all is not lost.”

As Berry and others have documented, religious liberty for members of the U.S. Armed Forces has long, deep roots that still remain in force. The religious diversity and freedom instituted in the Continental Army by Gen. George Washington carried over into the military after the United States won the Revolution.

Further, bad court decisions often lead to legislative solutions. Berry noted, “Recall the lesson from the case of Goldman v. Weinberger; after Goldman lost his case at the Supreme Court, Congress was motivated to change the law to protect religious freedom for our service members. Perhaps the military court’s miscarriage of justice in Sterling will spark a groundswell of support for religious freedom.”

#4       Other Cases Are in the Pipeline, with More on the Way that Seek to Reaffirm the Religious Rights in the Military.

One case involves retired Air Force veteran Oscar Rodriguez, physically ejected by uniformed personnel from a colleague’s retirement ceremony from an Air Force base because the speech he was invited to give included the word, “God.”

Another involves Colonel Michael Madrid, an Air Force flight surgeon given a Letter of Admonishment more than 2 years after an official investigation cleared him of any wrongdoing after a disgraced Airman accused Madrid of discrimination because of Madrid’s Christian faith.

Others are anticipated as First Liberty’s lopsided success rate—despite the Sterling loss—continues to be known, and accurate information about religious rights in the military becomes more widely spread.

#5       Despite Resistance, a Shift Continues Toward Religious Freedom.

In the past five years, First Liberty’s Military Affairs Division has successfully resolved five major matters vindicating the religious rights of service members and their families against violations of those rights.

“But today, the momentum is still on our side,” he asserted. “We had hoped the Court would review the Sterling case, but we will now work even harder to ensure our nation’s brave service members do not lose their religious freedom.”

Further evidence of this shift came last month, when President Trump’s Executive Order on Free Speech and Religious Freedom directed the Department of Justice to ensure religious freedom was not hindered in all federal departments, including the military. At that time, Berry said:

“Section 4’s direction to the Attorney General ‘issue guidance’ could have a large impact on religious liberty in the Armed Forces as the Department of Defense is in desperate need of religious liberty education. This will strengthen the religious freedom of those who have needed it the most: the men and women of our armed forces.”

He called the order, “the best news we’ve received from the White House in eight years.” So despite the setback in the Sterling case, the push to secure religious freedom in the military continues at full speed.