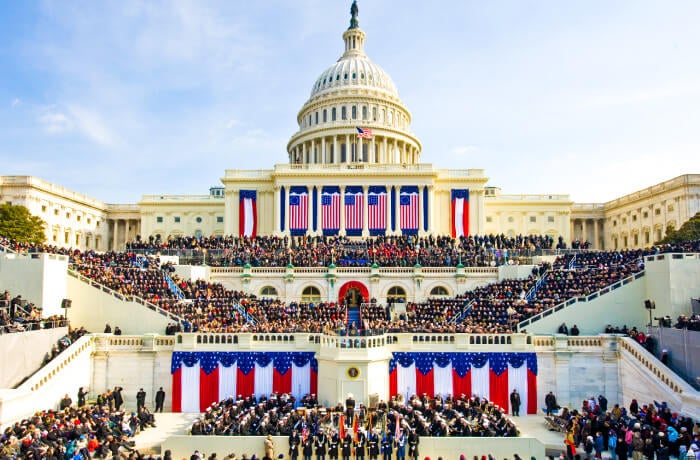 As a presidential candidate, Donald Trump promised to take action to defend religious freedom. In October, he sent a letter to a prominent pro-life Catholic organization, promising to protect the rights of all Americans “to live their faith, to serve their communities, and to act on their beliefs without fear.”

Six areas are especially ripe for Trump to take fast action to fulfill his promise, including in the government’s regulation of religious institutions, in federal contracting, in employment, in education, in the military, and in appointing his replacement to “The Scalia seat.”

First, and perhaps most ironically, ministries and churches need immediate relief. The Department of Health and Human Services used the courts to enforce the Obamacare abortion-pill mandate against faith-based non-profits. The ministries have faced crippling, multi-million dollar fines unless they participate in insurance that provides abortion pills and contraceptives against their faith. The government dogmatically continues this threat. But President Trump can eliminate this threat immediately through executive action.

Also, as a candidate, President Trump vowed to support legislation repealing the Johnson Amendment, which threatens the tax-exempt status of churches who speak on political issues. While Congress alone has the authority to repeal the law, President Trump has the power to take executive action to affirm the right of churches to address political issues from the pulpit.

Second, President Trump can reverse President Obama’s controversial Executive Order 13672, which discriminates against faith-based federal contractors. Religious groups are often the best experts at helping people, which is why government uses them to provide certain forms of care and social services to millions of needy people. The Obama executive order forces these religious groups to disregard their millennia-old teaching on sexuality when hiring employees and operating their ministries, or else risk losing their government contracts. President Trump can either rescind this unreasonable order or allow broad exemptions for religious organizations.

Third, President Trump can protect government workers by guaranteeing that federal employees are free from discrimination because of their viewpoint on marriage, since this is a highly spiritual issue. But this protection shouldn’t just be limited to employees in the federal workforce. If passed into law, the First Amendment Defense Act (FADA) would prohibit the government from punishing people because of their beliefs on marriage. President Trump promised during the campaign that he would sign FADA, but as President he can assure such protection from his executive agencies until that law is passed.

Fourth, no federal workplace needs help more than the military. As president of a national law firm defending religious freedom, I’ve seen an alarming rate of discrimination against people of faith in the armed forces: Chaplains disciplined for counseling from their scriptures; service members pressured to renounce their religious views on topics like sexuality, then punished for not doing so; and other attacks on religious freedom in the military. This “religious cleansing” has national security implications. President Trump should quickly change the atmosphere by ordering the Department of Defense to make clear that political correctness must end—and that free religious exercise guaranteed in the Constitution and military codes must be protected.

Fifth, religious freedom must be restored to education. Last year the federal government issued a letter requiring public schools to allow biological males in female bathrooms, and vice versa, based on a theory of gender that cuts against the teachings of multiple major religions. This order has dangerous ramification for faith-based schools, which could lose their federal funding if they do not comply with it. In fact, large numbers of religious institutions and educators just filed an amicus brief to the U.S. Supreme Court to voice their concerns. President Trump should reverse or amend the outgoing administration’s order jeopardizing such faith-based schools.

Similarly, the Department of Education is publicizing a list of faith-based colleges who requested exemptions from employment requirements that would violate their scriptural tenets of sexuality. President Trump can end the public shaming and order that “black list” into the shredder.

Finally, and perhaps most importantly, the new president can nominate a replacement for the late U.S. Supreme Court Justice Antonin Scalia who will staunchly protect constitutional religious freedom in the five areas I’ve mentioned and beyond. This should be someone who will not legislate from the bench or drift over time with the currents of social and political fads, but who has a solid, consistent record of originalism and restraint within the strict bounds of law and the Constitution.

This article was originally published in The Hill on January 20, 2017.