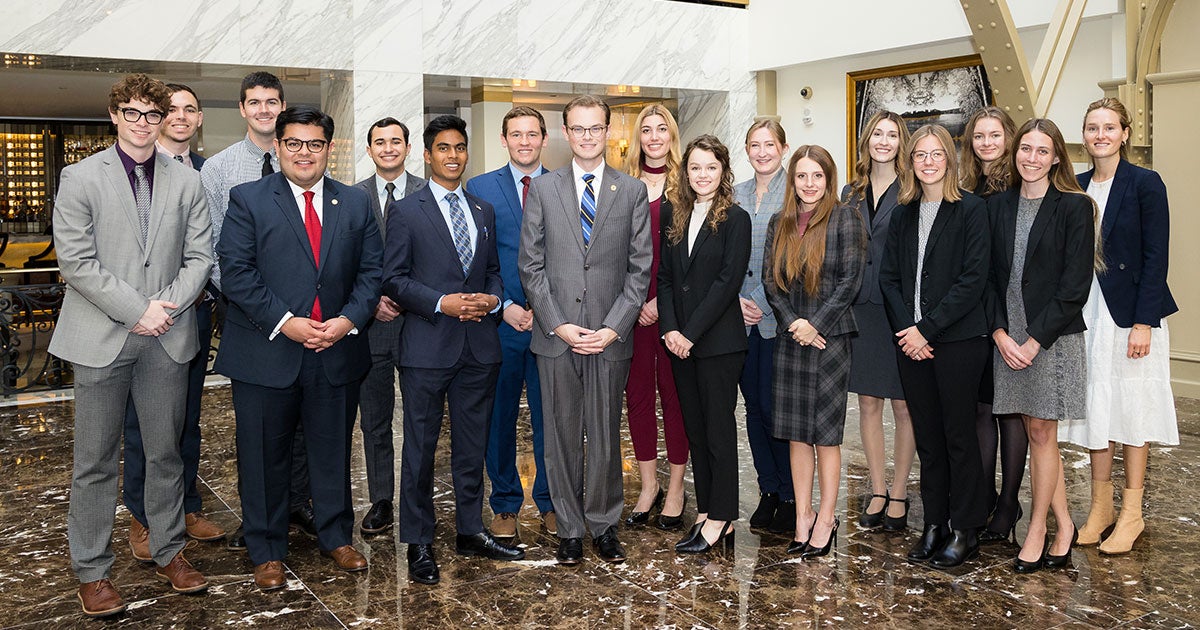 Over the past several decades, universities have become places that celebrate intolerance and contempt for this country. As this realization seeps in, a burdensome question starts to arise, “How do we equip the next generation to protect an open and flourishing society?”

First Liberty has been working on effective programs to answer this question. It is one of the primary reasons First Liberty created an educational program for young people who seek to work as people of faith in public service. We wanted to use our resources to equip the next generation of leaders with the right education, so they can use their talents to serve the “common good” and advocate for religious freedom.

Last year, First Liberty launched a think-tank initiative, The Center for Religion, Culture & Democracy (CRCD). The Center focuses on affirming the essential role of religious convictions, peoples and institutions in cultivating free and flourishing communities. In 2020, the First Liberty Fellowship became one of the CRCD’s programs.

As Trey Dimsdale, First Liberty’s Executive Director of the CRCD, started to envision the sixth year of the Fellowship program, he knew he wanted to return to Washington, D.C. to gather the top students from across the United States.

As students began to apply, we looked for those who shared a common desire to work in public service and restore religious liberty in the public sector. After reviewing applications, we selected eighteen (18) exceptional students from some of the best colleges to join us for four days of educational sessions and invocation.

Below you can get a first-hand look at this year’s program, including our Fellows, speakers, and venue:

Throughout the program, the students learned from a wide range of scholars, who are experts in the fields of political science, economics, and public policy. The students also had the privilege of hearing from many of First Liberty’s leadership, legal experts, and attorneys, including:

For many of the students, this was their first time to visit the nation’s capital, so we got creative to ensure capacity restrictions did not prohibit their ability to experience the rich history of D.C. After the conclusion of a prayer service the first evening, the students were led on a walk starting at the Washington Monument, then stopping at each of the war memorials, and concluding at the Lincoln Memorial.

When you read or hear about the statistics for Gen Z, it can feel as if hope is evaporating, but after spending time with these students in D.C., it is clear that hope for the future is not lost. On the contrary, it is living and breathing in each of these bright, young leaders.

This is best articulated through one of the attendees, Melody Lipke, who said:

“The greatest impact on me was the sense of empowerment I gained from being immersed in a conservative Christian environment that focused on both theoretical and practical knowledge. The general atmosphere of peers and mentors striving toward the same goal was a ray of light against the pervasive sense of hopelessness in our society.”

I hope that as you go about your day, you remember that you too are called to be a ray of light that extinguishes the darkness.