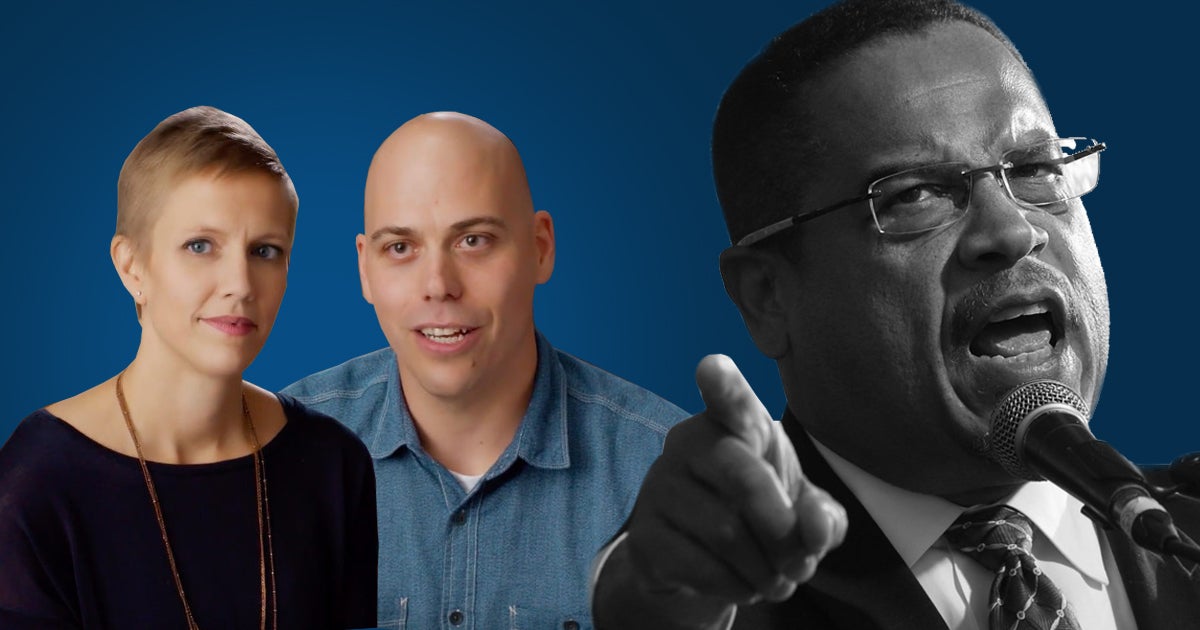 Last month we shared with you an important moment of impact for religious liberty. The 8th Circuit Court of Appeals delivered a major victory for the First Amendment rights of independent business owners, ruling the state of Minnesota could not force Christian videographers Carl and Angel Larsen to create videos that violate their religious beliefs.

But as the Larsens celebrated what should’ve been the end to an arduous three-year court battle for their constitutional rights, Minnesota officials sent a message that they’re ready to wage a war on free speech and religious liberty.

Recently, Minnesota’s Attorney General, Keith Ellison, turned to the press and wrote a scathing article in which he vowed to fight the 8th Circuit’s decision. In that piece, he claimed the Larsens are using their religious beliefs as an excuse or “a license to discriminate against LGBTQ folks.”

And if that wasn’t enough, Ellison further defamed the Christian couple by referring to their case as a “fairy tale.”

In other words, a Christian couple who serves all clients but politely declines to produce work that would be contradictory to the core tenets of their faith is…a fictional delusion. At least that’s how it appears according to the highest ranking legal official in Minnesota.

Ellison continued his attacks, going so far as to insinuate the Larsen’s decision to live out their faith is parallel to Jim Crow segregation.

It’s regrettable to say the slander of the Larsens is just one example of many other people of faith who’ve suffered public scorn and been threatened with the loss of their businesses or their livelihood for what they believe.

Our own client, award-winning cake artist Melissa Klein, also operated her family-owned bakery consistent with her faith, and for that she was called “scum,” “garbage” and insulted with names too profane to print. Those who disagree with the way she lives out her faith even wished her children would “get cancer and die.” What’s more, Oregon bureaucrats bankrupted her business and forced her to shut down her shop.

Ironically enough, we do have at least one thing in common with Ellison—the will to fight.

The U.S. Supreme Court delivered a key victory for Melissa making it clear that the Oregon state courts would have to deal with her case in a fair and impartial manner rather than by judging her unfairly simply because she chose to run her business consistent with her faith. Now, our firm is fighting to vindicate Melissa’s right at the Oregon Court of Appeals.

Despite openly attacking the Larsens, there is a silver lining to the Minnesota Attorney General’s intent to challenge the 8th Circuit’s ruling. He says it’s about “Making sure everyone can live with the same dignity and respect we want for ourselves [because it] is just common decency.”

He is correct. In a truly free society, the freedom to express ourselves and to openly live according to our convictions requires that we respect the same freedoms for others.

Perhaps we can start holding ourselves accountable to that standard by not turning to the press to engage in the politics of personal destruction or publicly vilifying people because they believe or live out their faith differently from us.

Yes, we may disagree about questions of law, but upholding Ellison’s professed ideal of mutual tolerance is going to demand that, at the very least, we don’t use the state’s power as a weapon to coerce others to do things that would violate their conscience.

This is a unique moment for our country; we’re beginning to see religious liberty making an unprecedented and historic comeback. After decades of government hostility to religious expression, people of faith are about to experience more religious freedom that they’ve had in decades—or even their lifetimes.

The Supreme Court’s Masterpiece Cakeshop decision and its action on Melissa Klein’s case are the first instances of the new sea change—or rather tidal wave—for religious freedom taking place in our nation. It’s no surprise that federal appeals courts, like the 8th Circuit in the Larsen’s case, are coming back to the original, plain meaning of the Constitution and reaffirming that Americans do have a constitutional right to operate their business consistent with their faith.

However, as more judicial decisions in favor of America’s first freedom are handed down nationwide, we expect the opposition to turn up the dial and fully intensify their attacks. Like Minnesota Attorney General Ellison, those more concerned with political correctness and ideological agendas are getting ready to wage an all-out war on religious freedom.

If anti-faith advocates and hostile officials are going to come out full force, we’re going to need more supporters, including YOU, to join the fight and go all-in with us at First Liberty.