Packing the Courts is a Serious Threat and America Needs Another Hatton W. Sumners to Speak Up 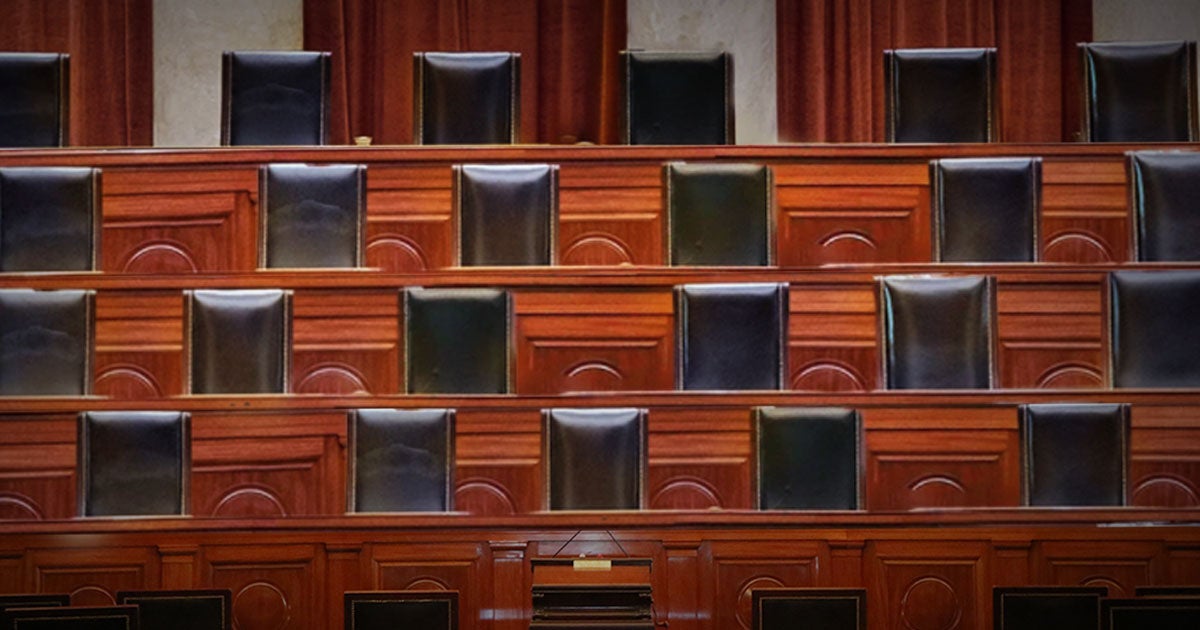 Eighty-four years ago, today, on February 5, 1937, President Franklin Roosevelt announced a bold plan. He grew tired of the United States Supreme Court striking down key pieces of the signature “New Deal” legislation because it gave too much power to the executive branch.

So, on that Friday in February, President Roosevelt announced his intent to seek legislation to expand the membership of the Supreme Court from nine to as many as fifteen justices—what came to be known as the “court-packing” plan.

It is important to explore exactly what President Roosevelt meant when he said, “a system of living law.” The so-called “living Constitution” doctrine calls for the Constitution’s meaning to evolve and change with new circumstances without being formally amended. The words mean what they meant when they were written, until they don’t. Under the “living Constitution,” the meaning of words changes depending on whether a new meaning becomes more convenient for the power currently in office.

And for the millions of Americans who’ve seen government abuse its power to attack our God-given liberties and rights, a living Constitution doctrine would mean at-will announcements from the Supreme Court giving new definition to a word or words heretofore seemingly commonly accepted for hundreds of years.

If this seems ludicrous and far-fetched, consider that in 1990, the Supreme Court said that the word “exercise” in the “Free Exercise Clause” of the First Amendment that protects religious freedom only meant the equivalent of thinking about religion and not actually doing an activity that is part of one’s religion. One might imagine someone sitting in a chair and upon inquiry admitting he is trying to get into shape by imagining he is in shape and calling that “exercise.”

That is what President Roosevelt meant when he said, “a system of living law.” He meant that words have no meaning other than the meaning that power assigns them and that meaning can change when those in power deem it useful for their own ends. This system would be disastrous for our most precious and fundamental freedoms—including religious liberty.

Other FLI Insiders enjoyed this related article on court-packing:

Who Will be Today’s Chairman Sumners?

In 1936, after winning a landslide victory, President Roosevelt had all the political tools necessary to materialize his court-packing vision—with his party in control over the Senate and the House of Representatives, the president faced little political opposition.

But in the Chairman of the House Judiciary Committee, Hatton W. Sumners (D-TX), the forces pushing the bold court-packing plan found the immovable object.

Chairman Sumners was, by all accounts, a plain man. It was common to find him propping his feet upon his desk and sporting a sizeable hole in the sole of his shoe. Frugal, practical, and self-educated, Chairman Sumners nevertheless commanded a great deal of respect in Washington, D.C. as a constitutional scholar. It was largely understood in D.C. that if Roosevelt’s court-packing plan succeeded, Chairman Sumners would become a new Supreme Court justice. Despite the allure of gaining a coveted Supreme Court appointment, Chairman Sumners delivered an impassioned speech on the floor of the House of Representatives on July 14, 1937 calling out the imminent threat of dictatorship posed by the court-packing plan:

“We know that as a people, as a Nation, we are at the cross-roads in America. Soon we must determine whether or not we are going to preserve [our] institutions in this country or join the other nations of the earth under a dictator. Do not let anybody fool himself about that. People do not have dictators merely because they, choose to have dictators…

“…If these advisers who are counseling the President to force that [court-packing] bill into this House under pressure which they may be able to command, when we are trying to preserve strength and unity required to do the Nation’s work, if they force that bill into this House for the sake of saving their faces or their hides, they ought not to have hide enough left to be worth bothering about.”

The court-packing bill died, and that was the last time a president made a serious effort to expand the membership of the United States Supreme Court in order to achieve political objectives and exercise raw power.

That brings us today.

Who will be our Chairman Sumners who saves the nation from going down a very dark path toward rule by raw exercise of power? Who will stand against the powerful forces gathering to force through Congress a new court-packing plan?

Someone needs to answer the call, because the forces of court-packing are at the gate.