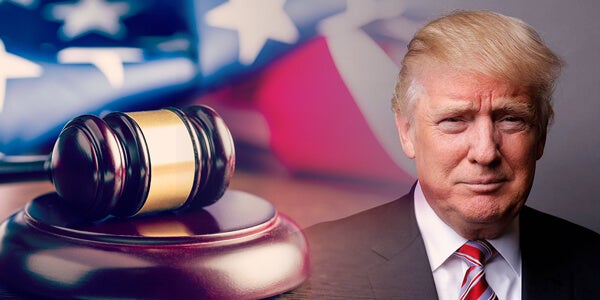 Today, all eyes are on Kavanaugh, as his opponents attempt a last-minute use of smear tactics to delay a confirmation vote.

But let’s set aside the political theatre for a moment.

Based on his judicial record, Judge Kavanaugh’s confirmation to the Supreme Court would be a critical milestone for millions of Americans – especially people of faith – whose religious rights have been trampled by prior administrations, hostile bureaucrats, and radical interest groups.

Even if Judge Kavanaugh is confirmed, however, the fight for religious freedom is far from over. In fact, in many ways, it’s just beginning.

Judge Kavanaugh’s confirmation would serve as a call for conservatives and people of faith to continue the momentum and put pressure on the U.S. Senate to confirm more of President Trump’s nominees to the circuit and district courts.

And because the districts and circuits hear and give the final word on a grand majority of federal cases, First Liberty’s team of legal experts is providing you with insight into why America needs more conservative constitutionalists – like Trump’s nominees – to fill federal judicial vacancies.

Join First Liberty’s efforts to get more conservative judges who will follow the Constitution.

LEADING IN THE CIRCUITS, TRAILING IN THE DISTRICTS

So far, 26 judges have been confirmed to the U.S. Courts of Appeals – commonly known as the circuit courts – during President Trump’s first 18 months in office. And that’s a record number that has put the current President ahead of his predecessors at this same time in their tenures. 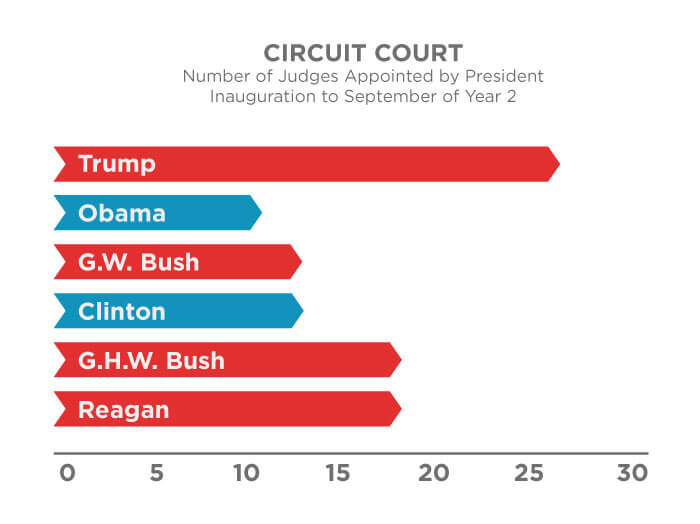 However, the story looks different when looking at Trump’s district court confirmations. On that count, the numbers are lagging. 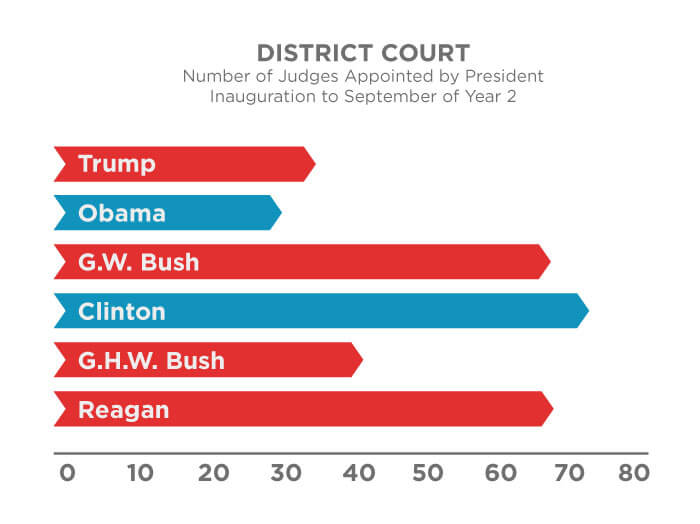 And that trend could be worrisome. For one, large vacancy rates can be a stumbling block in the administration of justice, which means that everyday Americans – including many of our clients with pending religious freedom cases – could face legal proceedings lasting years and years.

Although circuit courts are more likely to decide on constitutional issues pertinent to religious freedom, district courts usually account for a grand majority of legal rulings. In fact, federal district courts handled nearly 368,000 matters in 2017. And that gives district court judges significant influence in obstructing or supporting the President’s policy priorities – such as his executive directives on religious freedom.

That’s why it’s imperative that those benches be filled with originalist judges with a clear record of protecting and affirming our religious liberty and all other First Amendment freedoms.

Because judges are confirmed and seated on the bench for life, a nominee’s age is an important trait, although at times neglected. The median age of Trump’s circuit court judges is approximately 49 years old, slightly younger than the judges confirmed during the past five presidential administrations. 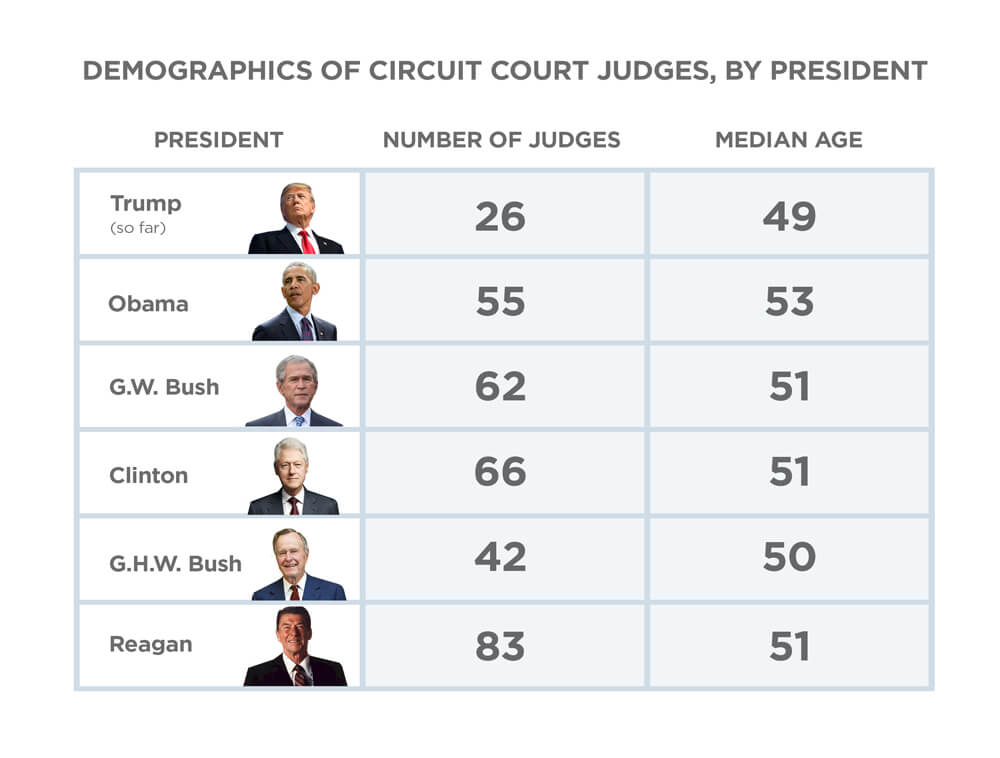 Often, we hear that a President could change the courts through his nominees “for an entire generation.” And that adage carries more significance considering that President Trump’s nominees are relatively younger than those of his predecessors. It’s not uncommon that judges nominated in their late 30’s or 40’s could be seated on the bench for up to 40 years!

Without a doubt, there are positive indications in the nomination process so far, both in the quantity and quality of judges that the President keeps putting forward – principled, textualist jurors with extensive records of protecting our First Amendment freedoms.

And as we draw closer Judge Kavanaugh’s likely confirmation to the Supreme Court, the more that Americans need to stay on their toes on judicial nominations to the other federal courts.

If people of faith want to see religious freedom thrive, the judicial confirmation and vacancy numbers cannot stay where they are now. Along with First Liberty, Americans need to urge the U.S Senate to confirm more of the President’s nominees.