Relentless attacks and on-going erosion of ‘tolerance and diversity’ when it comes to religious expression could lead our country down a dark road. 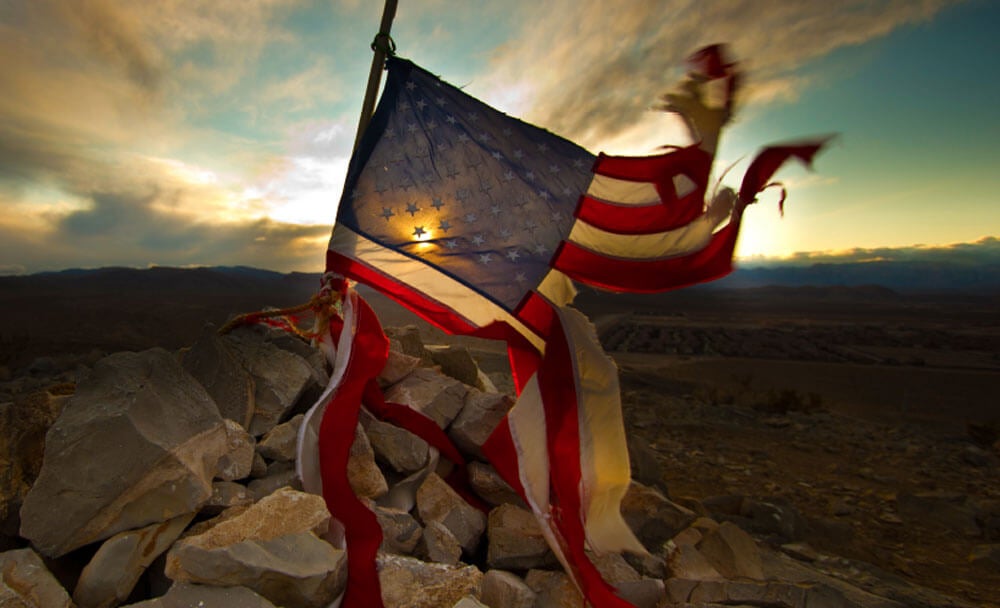 America is not a “post-religious-freedom” society. Not yet, anyway.

The last time we checked the Constitution, the First Amendment was still in effect, which means the country has not “moved on” past religious freedom. Despite what the opposition may want to portray, America is still characterized – infused, really – by a vibrant spirit of religious liberty.

But there’s a burning question in our mind: Will religious liberty last in America? Will we let the opposition get away with flagrant infringements and slowly chip away at the freedom that we cherish so dearly?

Many times, Americans watch events unfold from afar, thinking, “that could never happen here.” In reality, it is happening here. The evidence is clear and undeniable – religious liberty in America is under constant attack and at times citizens don’t realize it.

Nonetheless, it’s important to put things into perspective. Americans may not be facing mass incarceration due to their faith, but people of faith have been subjected to intensifying hostility and alienation in recent years.

This is a dangerous pattern that is slowly leading America to contradict the very principles on which it was founded: tolerance and diversity of belief.

When the opposition succeeds in silencing faith or censoring religious messages, we are forced to betray the fundamental values of our country.

Our identity as a free society suffers when oppressive intolerance seeps in one inch at a time.

Just how far can this go? Let’s find out.

HOW DO THEY KEEP GETTING AWAY WITH THIS?

You may be familiar with the story of high school football coach Joe Kennedy, who was fired from his job because he kneeled for a private, 15-second prayer after games.

Coach Kennedy’s employer – the Bremerton School District (BSD) – thinks that because he was a public school employee, his prayer was an imposition of his religious beliefs – a form of “establishment” of religion prohibited by the First Amendment.

These incidents play right into a widespread, false narrative from extremist and secularist groups who want to squelch and eliminate religious speech from the public square altogether. In many cases, they attempt to censor many forms of public religious expression by blurring the line between what is private or state-sponsored speech. In the end, their agenda leaves a trail of devastation, usurping Americans of the individual freedoms and rights granted to them by the Constitution.

Today, private expressions of faith are a right protected by the Constitution and guaranteed by law. But will these protections endure, or will we degenerate into the void of intolerance?

On one hand, we are seeing appalling judicial opinions that align with the opposition’s oppressive rhetoric. In Coach Kennedy’s case, the U.S. Court of Appeals for the Ninth Circuit ruled that his prayers were not protected by the Constitution because he was praying in public.

Mike Berry, Deputy General Counsel at First Liberty, explained: “If this decision is allowed to stand, Jewish teachers can be fired for wearing a yarmulke in sight of students, Catholic teachers are at risk if they wear a crucifix, and Muslim teachers may face discrimination for wearing a hijab to work.”

This takes us to our second point. If all religious expression were to be classified as public speech, then millions of Catholics could also be told that they cannot come to work wearing ashes on their forehead on Ash Wednesday.

Let’s think about it further. Millions of public employees nationwide commute to work. Many of them display a “Jesus fish” or some other religious message on their vehicle’s bumper. Could they be reprimanded or fired simply for displaying a religious emblem?

Can telling a coworker “God bless you” after a sneeze soon be considered a form of state-sponsored speech and thus allow the state to censor your words?

Consider that First Liberty had to defend Toni Richardson – an educational technician in Augusta, Maine – who was threatened with disciplinary action for telling a co-worker she would pray for him in a private conversation.

Have we forgotten about high school student Moriah Bridges, whose graduation ceremony speech was edited and censored by school officials because it contained religious messages?

Some may write off some of the above examples as impossible, far-fetched delusions. But it is not unrealistic when there are vivid examples right before our eyes.

STAND GUARD AND BE READY TO FIGHT BACK

The scenarios could be endless. Some infringements may seem small at face value, but many are underpinned by the very values and principles that have made America the beacon of religious liberty, tolerance and diversity.

Assaults on our First Amendment rights send a clear warning: In order to preserve religious freedom, we must be vigilant and have a determined will to fight back. Because in the end, all Americans suffer when radical agendas deceive government into violating the rights – and at times punishing – people of faith.

Over the years, First Liberty has had remarkable success in defending and restoring the constitutional rights of Americans who’ve been targeted by hostile and oppressive groups. That is why we continue to fight on the front lines, so that religious liberty – the right to freely and publicly express your faith – continues to be respected as a constitutional right.