Just as First Liberty Institute announces representation of Aaron and Melissa Klein, a family-owned bakery in Texas faces similar hostility for their faith 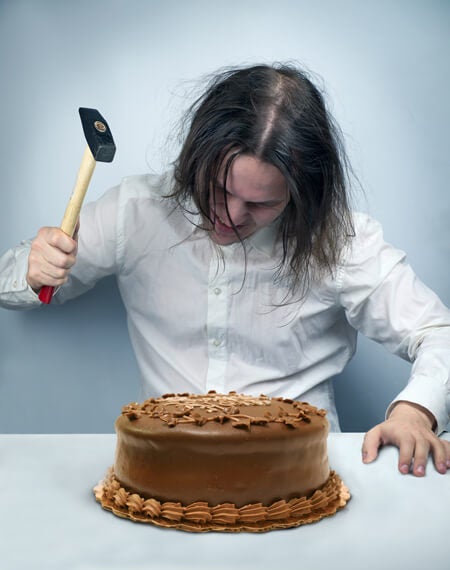 Last week, First Liberty Institute attorneys announced their legal representation of Aaron and Melissa Klein—owners of Sweet Cakes by Melissa who were forced to pay a $135,000 penalty to the Oregon government for declining to bake a cake for a same-sex wedding.

In addition to widespread media attention from news outlets across the country, Aaron and Melissa shared their story with America last Friday night on FOX’s The Kelly File. 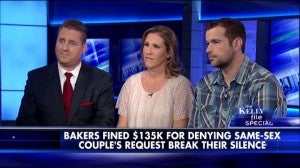 “[I]t’s not something I ever thought I’d have to fight with the government over,” Aaron said of his faith-based stance on the issue of marriage. “This was something I believed should never be happening in this country.”

But it is happening—and not only in Oregon to Aaron and Melissa Klein.

A TEXAS COUPLE UNDER ATTACK FOR THEIR FAITH

In mid-February, a family-owned bakery in Longview, Texas declined to make a same-sex wedding cake—and they are now reaping the same hate-filled repercussions as the Kleins did in 2013 (and still feel today).

David and Edie Delorme own Kern’s Bake Shop, which has been in business in Longview, Texas since 1918. As devout Christians, David and Edie are committed to operating their bakery in a manner that honors God. In the past they have consistently refused to bake alcohol, tobacco, gambling, or risqué-themed cakes.

When two men requested a cake for their same-sex wedding, Edie politely informed them that Kern’s Bake Shop did not make same-sex wedding cakes, and offered to provide a list of other bakeries in Longview that could fulfill the couple’s request.

Nevertheless, the incident soon appeared in a local newspaper, igniting a firestorm of hostility and even death threats toward the Delormes, their family, and their business from places as far away as New York and California.

“Americans value and protect our freedoms – especially freedom of expression and religious liberty,” said Mike Berry, Senior Counsel for First Liberty Institute. “In order for America to remain free and prosperous, we must secure the rights of small business owners to operate their businesses according to their beliefs.”

Though no lawsuits have been filed against Kern’s Bake Shop yet, David and Edie heard about First Liberty’s defense of Aaron and Melissa Klein, and preemptively retained First Liberty Institute as legal counsel.

Attacks are spreading against Americans who embrace religious tenets teaching that marriage is a sacred union between one man and one woman, as evidenced by the Delormes’ experience just a few weeks ago.

But there is hope for religious freedom, even surrounding this hotly contested issue. For example:

The First Amendment ensures that religious organizations and persons are given proper protection as they seek to teach the principles that are so fulfilling and so central to their lives and faiths, and to their own deep aspirations to continue the family structure they have long revered. The same is true of those who oppose same-sex marriage for other reasons…In turn, those who believe allowing same-sex marriage is proper or indeed essential, whether as a matter of religious conviction or secular belief, may engage those who disagree with their view in an open and searching debate.

“America is a great nation because we celebrate diversity of thought,” stated Ambassador Gray. He emphasized:

“Our rights to free expression and religious liberty are some of our most cherished American freedoms. We must safeguard these rights for every American – including Aaron and Melissa Klein.”

Thanks to God’s grace and volunteer attorneys like Ambassador Gray, First Liberty wins over 90 percent of its cases.

IN THE BALANCE—PROTECTIONS FOR PEOPLE OF FAITH

But while the hope is undeniable, so is the threat. And despite progress in the conversation surrounding religious freedom and marriage, threats and hate-filled messages continue to bombard the Kleins and the Delormes personally.

“If these small business owners can come under attack for their faith, what does that say about our perspective on liberty?” asks Berry. “We need to respect the rights of all Americans to live together peaceably, even if they have a difference of opinion. That’s what freedom means.”

First Liberty’s attorneys are committed to ensuring Americans like Aaron and Melissa Klein and David and Edie Delorme are free to live out their faith, and are preparing for the Kleins’ case to possibly go before the United States Supreme Court.

If the case does go to the Supreme Court, it will be one of the first cases to answer two new questions America is now facing, said Ken Klukowski, First Liberty Senior Counsel and Director of Strategic Affairs on The Kelly File last Friday:

[I[f someone has sincerely held religious beliefs that are mainstream beliefs on an issue like marriage, can the government punish them for speaking those beliefs, and can the government order them, as [the Kleins have] been ordered to, that they can’t discuss aspects of their beliefs?”