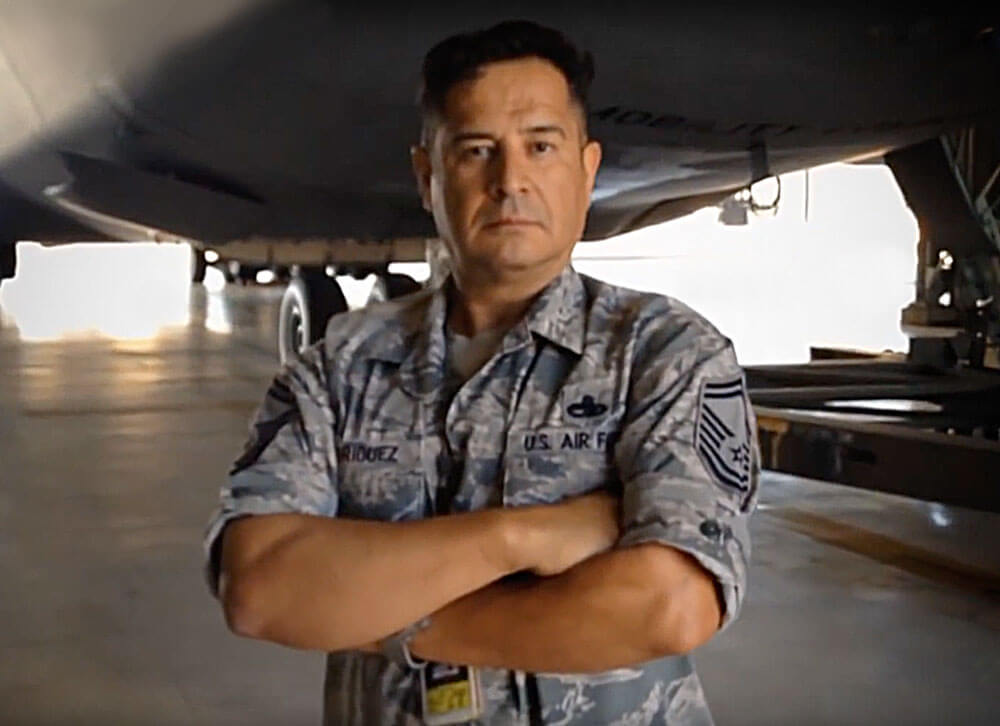 Is it really that hard to apologize?

In 2016, U.S. Air Force veteran Oscar Rodriguez was assaulted and forcibly removed from a private retirement ceremony by non-commissioned officers because his flag-folding speech contained the word “God.”

After two years and no response by Air Force officials, First Liberty filed a lawsuit with the United States District Court for the District of Columbia on behalf of Rodriguez and Charles “Chuck” Roberson – the retiring veteran who invited Rodriguez to perform the speech – in an effort to vindicate their constitutional rights.

“No one should be assaulted for saying the word ‘God’ on an Air Force base,” said Hiram Sasser, General Counsel for First Liberty Institute. “Certainly, our United States Airmen are strong enough to be exposed to the word ‘God’ at a retirement ceremony.”

During their years of military service, Oscar and Chuck sacrificed greatly for our nation and for the freedoms that we cherish so dearly. And religious liberty is atop the freedoms they fought to defend.

Americans, especially military veterans who’ve sacrificed and served valiantly, have a fundamental right under the First Amendment to publicly and freely express their faith without governmental interference.

“This retirement ceremony was supposed to be the culmination of my career in the Air Force,” said Chuck Roberson. “I couldn’t believe what happened. I still can’t believe it. I want these Air Force officials to apologize for ruining this once-in-a-lifetime moment.”

In Oscar and Chuck’s case, however, it’s apparent that nobody wants to step forward and admit any wrongdoing.

And that just doesn’t fly.

These actions violated the First and Fourth Amendments to the United States Constitution. By issuing an apology to Oscar, Chuck and the greater Air Force family, Air Force officials can help honor our nation’s laws and the Constitution, which clearly protect the rights of Oscar and millions of other military veterans to practice and express their faith.

Chuck invited Oscar to perform the speech at a private retirement ceremony. As a civilian, Oscar had the right to free speech and religious expression, even on a military base. The Constitution doesn’t stop protecting citizens when they step foot on a military base.

What happened to Oscar and Chuck is the result of bureaucrats who have the wrong impression that religious freedom in the military shouldn’t exist. But they’re on the wrong side of the law.

FLY RIGHT: LISTEN TO OUR COMMANDER-IN-CHIEF

Even before taking office, President Trump said it would be among his top priorities to reestablish pride in our nation’s military. At the same time, the President also expressed his commitment to restoring and reaffirming religious liberty. Only months after inauguration, President Trump began to fulfill his promise by signing an executive order on religious freedom.

As a result, the landscape today has improved for military veterans like Oscar Rodriguez and Chuck Roberson, whose religious liberty had been restrained and threatened by restrictive policies.

That’s why First Liberty insists that the Air Force should apologize and admit it was wrong to censor the word “God” from a patriotic flag-folding ceremony.

An apology to Oscar and Chuck would send a message to all who are serving in the military and would be an obvious step in fulfilling President Trump’s priorities as Commander in Chief, both in reestablishing the strength of our military and upholding the religious freedom granted by the First Amendment.

“These two decorated veterans are asking for an apology and they clearly deserve one,” Sasser concludes. “President Trump has made himself very clear with his executive order protecting religious liberty. We’re hopeful that Air Force officials will heed their Commander in Chief’s leadership and resolve this issue once and for all.”