First Liberty attorneys say the outcome of Wednesday’s oral arguments will set a major precedent for religious freedom in the military. 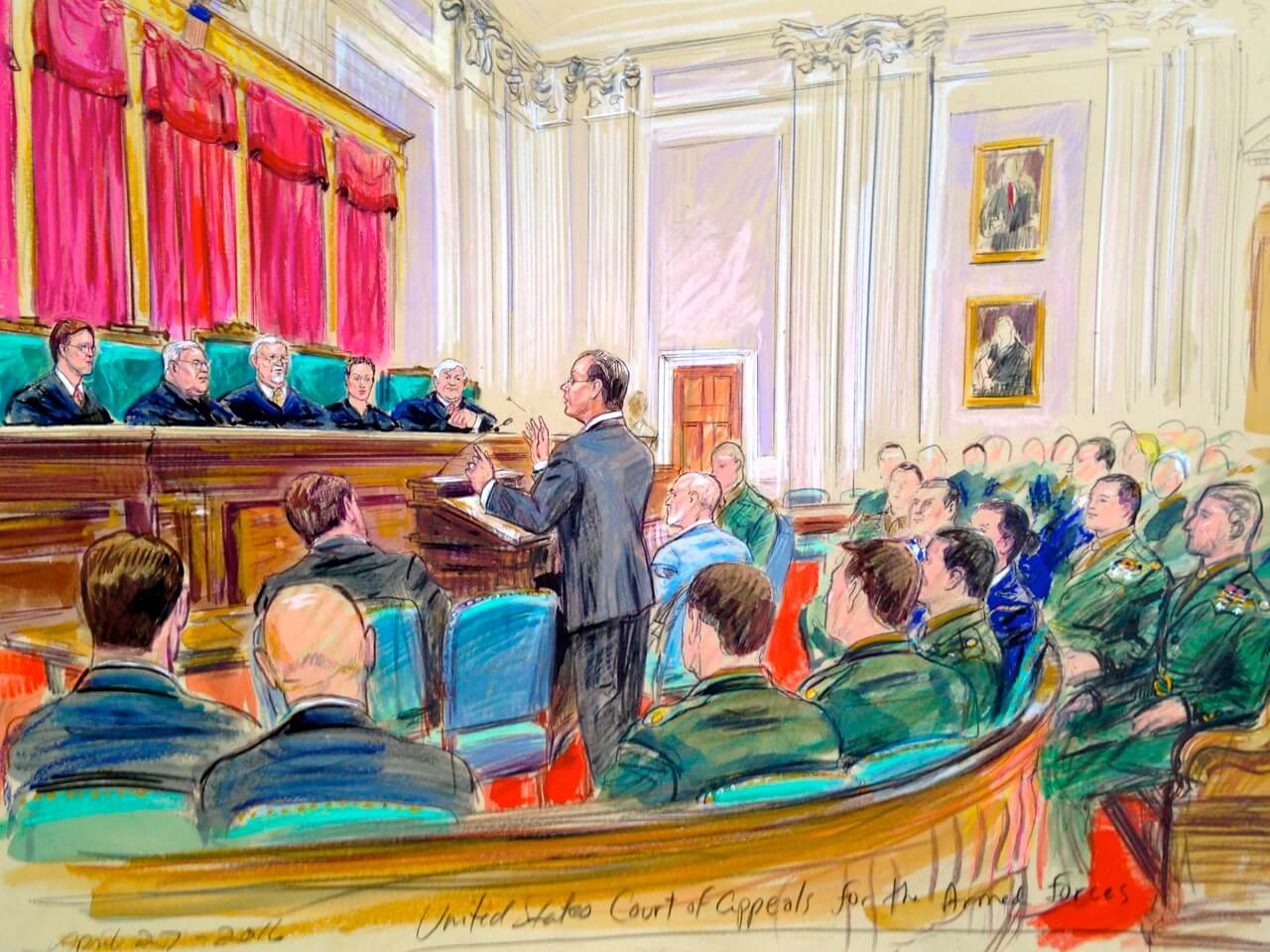 The highest court in the U.S. Military heard arguments on Wednesday that could affect religious freedom for decades to come.

Sterling’s religious expression was denied protection under the federal Religious Freedom Restoration Act (RFRA) at her court-martial in 2013, and again at her appeal before the Navy-Marine Corps Court of Criminal Appeals in 2015.

The case now awaits judgment from the Court of Appeals for the Armed Forces (CAAF), the “Supreme Court of the U.S. Military,” says First Liberty President Kelly Shackelford. The CAAF heard oral arguments on Wednesday. First Liberty attorneys expect a decision in the summer of this year.

DECISION WILL HAVE LONG-LASTING IMPLICATIONS FOR RELIGIOUS FREEDOM IN AMERICA

According to First Liberty attorneys, religious freedom cases do not appear before the CAAF very often, heightening the stakes of Sterling’s outcome.

“Today was a historic day for religious freedom for those who serve in the military,” Shackelford said. “Paul Clement did a phenomenal job. No Marine should be court-martialed for posting a Bible verse on their computer.”

“A favorable decision that RFRA should have been applied would set a major precedent that could be used to protect others in the military who desire to express their faith while serving their country. An unfavorable decision, however, could seriously endanger the religious liberty rights of our country’s military men and women.”

But the consequences of the CAAF’s decision in Sterling won’t be limited to military members, Shackelford warns. Since the case deals with the application of RFRA, a federal law, the implications could extend to all Americans.

“In the interest of not only the military, but all Americans’ right to free religious expression, it is extremely important for Americans to pay attention to what happens in Sterling’s case now,” Shackelford said. “We are hopeful for a great outcome that will set a precedent reinforcing military religious freedom for decades to come.”

COURT-MARTIALED OVER A BIBLE VERSE

Sterling’s story began at Camp Lejeune where she was stationed in 2013. Noticing that other service members placed various personal items in their workspace, Sterling, a devout Christian, decided to do the same.

She printed a personalized version of Isaiah 54:17, “No weapons formed against me shall prosper,” and taped it in three different places around her workspace.

But Sterling’s supervisor later ordered her to remove the verses.

When Sterling asked why, her supervisor said, “I don’t like the tone.” Sterling explained that it was her First Amendment right to display the Bible verses and declined to remove them. No other person in the unit ever complained about them.

The next day, Sterling discovered that her supervisor removed the Bible verses and threw them in the trash. Sterling reprinted the verses and re-posted them around her workspace. The U.S. Government then charged Sterling with the crime of failing to obey a direct order.

When Sterling invoked RFRA, a 22-year-old federal law that protects religious exercise, at her court-martial, a trial judge denied it. RFRA protection was again denied to Sterling at the Navy-Marine Corps Court of Criminal appeals, which claimed that displaying a Bible verse does not constitute religious exercise.

During oral arguments before the CAAF on Wednesday, First Liberty attorneys and volunteer counsel Paul Clement maintained, as Congress stated in the law, that RFRA applies to military members as is does to other U.S. citizens.

Clement led the arguments in favor of Sterling. A seasoned attorney, the former U.S. Solicitor General has argued over 80 cases before the U.S. Supreme Court, including the 2014 Hobby Lobby victory and Zubik v. Burwell (Little Sisters of the Poor case) in March 2016.

“This is an extremely important case that provides the court the opportunity to reaffirm that RFRA applies within the armed forces,” Clement said. “Religious freedom is such an important issue for our military, and we hope the court will clarify this issue and confirm that RFRA protects our troops.”

Shackelford concluded, “We’re extremely thankful to have a national network of top attorneys like Paul Clement, and a powerful team of staff attorneys like Mike Berry who directs our Military Affairs division. And we’re also thankful for our financial supporters, who make it possible to engage in history-making progress for religious freedom, such as we’ve seen in this case.”

News of Sterling’s case and oral arguments before the CAAF quickly spread to the media. Her story was featured on FOX News’ Special Report with Bret Baier, in The Washington Post, on One America News Network’s Tipping Point, and more.