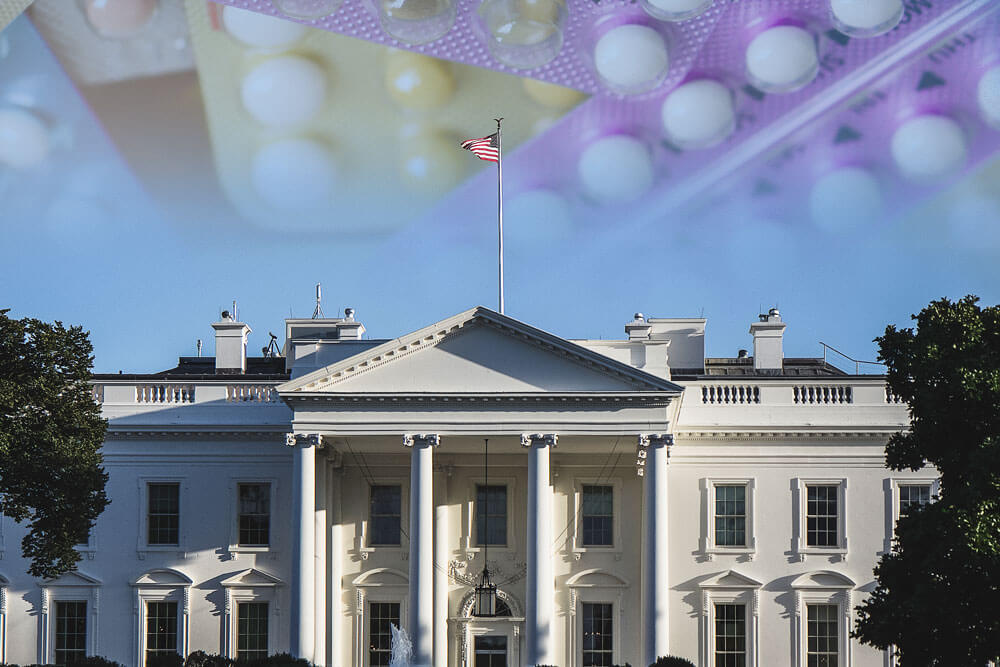 On Monday, three First Liberty Institute attorneys met at the White House complex with officials from federal executive agencies—including the Office of Management and Budget, Department of Labor, and Health and Human Services—to urge the administration to give First Liberty clients relief from the notorious “HHS contraceptive mandate.

This Obamacare mandate is a rule by which the Department of Health and Human Services (HHS) requires group health insurance plans—even those of religious ministries—to cover contraceptives, including some abortion-inducing drugs.

Religious nonprofits that object to the mandate faced crippling fines unless they compromised their faith. However, after long legal battles, an end appears to be in sight. A draft interim “final rule” (a technical term for an agency rule applying a regulation) leaked in May, if adopted, would provide broad protections for those objecting on the basis of their religious beliefs or moral convictions to being forced by the government to include these drugs within their insurance plans.

TIME FOR LEADERSHIP ON RELIGIOUS LIBERTY

“Our clients have been litigating against the government’s effort to punish business owners and ministry leaders for following their religious beliefs and moral convictions since 2013,” Matthew Kacsmaryk, Deputy General Counsel for First Liberty, stated in a press release. “As President Trump recognized in the Rose Garden on May 4, it is time to reaffirm ‘America’s leadership role as a nation that protects religious freedom for everyone.’ That starts by finalizing this draft interim final rule and ending years of litigation.”

Attending the meeting on behalf of First Liberty were Kacsmaryk, Deputy General Counsel Jeremy Dys, and Counsel Stephanie Taub. The officials with whom First Liberty met were from federal executive agencies that have been tasked with reviewing rules relating to the HHS mandate after President Trump’s May 4, 2017, executive order titled “Promoting Free Speech and Religious Liberty.”

First Liberty also provided a letter to Mick Mulvaney, Director of the Office of Management and Budget (OMB), urging the administration to issue the interim final rule and retain the broad protections for religious beliefs or moral convictions found in the draft interim final rule.

While the HHS mandate included some very narrow exemptions (mainly churches, church denominations, and church auxiliaries), it did not exempt religious nonprofits or even family-run businesses like Hobby Lobby. And though the Obama administration had—under pressure—issued a so-called “accommodation” for religious ministries, this “accommodation” did little to alleviate religious liberty concerns.

In 2014, in the case of Hobby Lobby v. Burwell, the Supreme Court of the United States determined that the HHS Mandate substantially burdened closely-held, for-profit businesses. But, whether religious ministries would receive the same protection remained unclear.

In October 2014, First Liberty filed lawsuits challenging the mandate on behalf of Insight for Living Ministries—the Bible-teaching ministry of Pastor Charles R. Swindoll—and four retirement communities and two colleges associated with the Christian and Missionary Alliance (CMA) denomination. In both cases, First Liberty won the first round of litigation and the Obama administration appealed.

The Supreme Court took up the issue of the HHS mandate and religious nonprofits in 2016 in the case Zubik v. Burwell. The most prominent nonprofit, in this case, was Little Sisters of the Poor—a group of Catholic nuns that help elderly persons in need. First Liberty filed an amicus brief with the Supreme Court in that case in support of the ministries challenging the HHS.

The Supreme Court sent the case back and urged the opposing parties—including the Obama administration—to work to find a solution that would provide the coverage without forcing the nonprofits to violate their conscience. The Obama administration left office without identifying such a solution. Meanwhile, First Liberty’s clients have been waiting almost three years for an exemption that would honor their religious conscience.

A LIGHT AT THE END OF THE TUNNEL

In late May, new administrative rules drafted by the Trump administration were leaked. These rules, if adopted, promised broad protections for individuals, organizations, and businesses. They would also put an end to the legal battles for religious ministries challenging the mandate.

As the letter provided to Director Mulvaney stated, First Liberty’s clients want to “pursue their religious missions without being compelled to violate their conscience. We believe the draft interim final rule provides that very resolution.”

“The draft rule protects entities that object to facilitating some or all contraceptive coverage based upon their sincerely held religious beliefs and/or moral convictions. We believe that a rule such as this one is essential to protect our fundamental rights of conscience….

“Specifically, the broad exemptions contemplated by Section 147.131 provide the relief all our clients have long sought. Not only does it correctly provide exemption for religious denominations, it also provides protection for those religious organizations that retain religious beliefs and moral convictions in the operation of their organization, but are not a traditional church or church auxiliary.”

If the Trump administration adopts the draft interim rule as the final rule, it would provide the exemption First Liberty’s clients have sought from the outset almost three years ago.

First Liberty is committed to protecting the freedom of religious ministries to operate according to their faith. For more information about how to protect religious nonprofits, download First Liberty’s free Religious Liberty Protection Kit for Ministries.