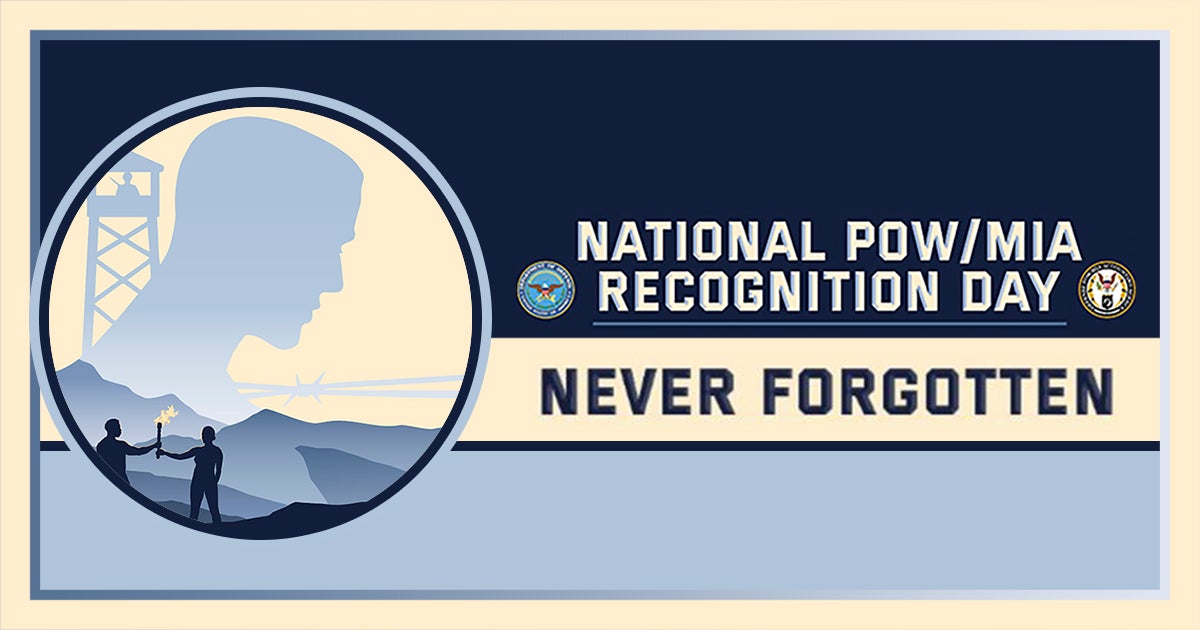 Today, Americans observe POW/MIA Recognition Day, designated to honor all of the men and women in our armed forces who were prisoners of war and service members who never returned from the battlefield. We also honor their families, many who still live day by day with uncertainty about the fate of their loved ones.

Every year, on the third Friday in September, we take time to reflect on the selfless service of those who endured captivity, even torture and cruelty, in the hands of the enemy. And while a great number of them were able to come back home, we also remember the tens of thousands more who never did.

This year’s POW/MIA Recognition Day is especially meaningful because it has been 40 years since the U.S. Congress and the President first passed a resolution in 1979 to formally make it a day of national observance.

Many decades have passed since its official inception, yet the heart and the message behind this special day remains the same, which is for us to collectively say to America’s POW/MIA’s:

You are not forgotten.

We will never forget the high cost many of them had to pay to protect our great nation and so that we can continue to live in freedom.

And that’s why we’re First in the Fight for religious liberty in America’s military, as we fight to make sure that service members and military families continue to have the freedom to remember their fellow service members and their loved ones by including an element of their faith – be it a Bible, scriptural text or other religious symbols.

Right now, in fact, we’re fighting to defend a POW/MIA Remembrance display at a VA medical facility in Manchester, NH after an activist complained to the facility and demanded the removal of a WWII veteran’s family Bible from the display.

We need your financial support to stop attacks on America’s military service members, and to keep winning key victories that will protect their religious freedom. Give Today.

POW/MIA Recognition Day is without question an important occasion. But it isn’t the only way which we recognize those who suffered in captivity or who went missing in action. Our nation and its military community also pay tribute to them on an ongoing basis through other longstanding memorial traditions.

In fact, one of those practices predates the official observation of POW/MIA Recognition Day itself.

Since at least the end of the Vietnam War in the early 1970’s, our nation has maintained the sacred tradition of setting a separate table in countless Department of Defense and Department of Veterans Affairs facilities to honor POW/MIA’s. Typically, these tables are decorated with several items, each carrying symbolic meaning to help remember their sacrifice.

And because faith has played a critical role throughout America’s military history, service members, families and the armed forces community have made use of religious symbols, literature or scriptures to help remember the strength through faith necessary for American service members to survive.

Similar to veterans memorials and military gravestones with religious imagery designed to honor our fallen heroes, it’s common to find a Bible or other religious texts incorporated into POW/MIA remembrance displays – such as the Bible that’s currently on display at the VA medical center in Manchester, NH.

That particular Bible was graciously donated by U.S. Army Air Corps Technical Sergeant (TSgt) Herman “Herk” Streitburger, a WWII veteran whose bomber was shot down and was imprisoned at a camp in northern Germany with several of his brothers-in-arms.

Herk – along with thousands of other service members and veterans – take part in the longstanding practice of paying respect to their brothers and sisters through an item representative of their religious beliefs. To them, it’s a special and tangible reminder of how their faith served as a source of comfort and courage during their captivity.

Sadly, activist groups continue to attack the longstanding tradition of religious expression in our military. And if their constant legal attacks weren’t enough, these groups have added insult to injury, even going as far as to call the display of Bibles, “repugnant.”

But the real offense would be letting them get away with removing Herk’s Bible.

Indeed, doing so would be an insult to the memory of Herk, as well as a dishonor to countless, brave American heroes who’ve had to endure torture, imprisonment and cruelty while in the hands of the enemy.

On this special and commemorative day, we express our gratitude to Herk and all of America’s POW’s, for the courage and determination they exemplified while enduring terrible hardships. And of course, we’re also thankful to the brave heroes who never made it back home to their families.

Because they sacrificed so greatly for us, First Liberty will continue to fight for them – and to defend the constitutional right of all service members, as well as their families, to express and live out their faith.

We need you to join the national effort. With your support, First Liberty Institute can make a major and lasting impact on the preservation of religious freedom in the U.S. military.