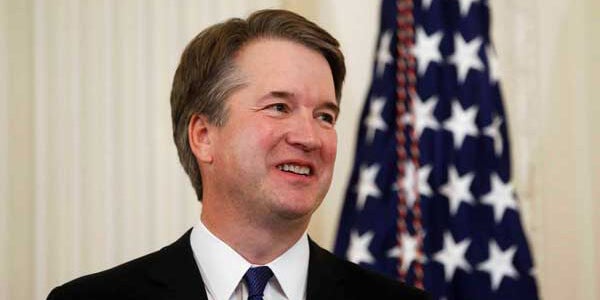 By Hiram Sasser, First Liberty Institute General Counsel. This article was originally published on The Washington Examiner on July 24, 2018.

Supreme Court nominee Brett Kavanaugh will be an ardent defender of religious liberty, all experience shows.

As general counsel of a law firm devoted to religious liberty cases, I normally would evaluate a judicial nominee by searching through his or her decisions on the First Amendment and the free exercise clause. However, I didn’t need to comb the archives to see where Kavanaugh stands on religious liberty, because of personal experience — both my own, and that of my friend and CEO, Kelly Shackelford — dealing with Kavanaugh as a lawyer and a judge.

You can tell a lot about a person by where they invest their time — especially when they are not being paid for it.

Before he was a judge, Kavanaugh volunteered his time to work with Shackelford and another prominent First Amendment Supreme Court practitioner, Jay Sekulow, on the case of Santa Fe Independent School District v. Doe. Together, they argued that student-led, student-initiated prayer before high school football games does not violate the establishment clause of the First Amendment. Kavanaugh would again volunteer his time to write a friend-of-the-court brief at the U.S. Supreme Court supporting the use of public school facilities by a religious club after hours in a pivotal equal access case, Good News Club v. Milford School District.

More recently, First Liberty Institute and one of our network attorneys, Shannen Coffin of Steptoe & Johnson, filed an amicus brief in the case of Archdiocese of Washington v. WMATA.

The case arose when the archdiocese attempted to purchase advertising space from the Washington Metro Area Transit Authority to place advertisements on WMATA buses around the Christmas holiday. WMATA rejected the archdiocese’s proposal, citing its policy that “Advertisements that promote or oppose any religion, religious practice or belief are prohibited.”

Though the case is still pending, Kavanaugh’s questioning of the WMATA’s policy at oral argument, in which he described WMATA’s policy as “pure discrimination” and “odious to the First Amendment,” leaves little doubt as to his stance on the importance of protecting religious speech on equal footing with other forms of speech.

In Priests for Life v. HHS, Kavanaugh’s dissent from the court’s decision to deny rehearing has raised some controversy. It shouldn’t. Kavanaugh’s opinion carefully employed the very analysis a textualist should, arriving at the right conclusion that the law forcing priests to provide abortifacients as a part of their health insurance plan violated the Religious Freedom Restoration Act and “contradicts the Supreme Court’s recent decisions.”

He carefully navigated through the sleight-of-hand defense the Obama administration had developed to explain away the conscience violations it had forced upon religious dissenters. In the end, Judge Kavanaugh determined that the “just sign the form” defense by the government substantially burdened the free exercise of religious dissenters, dooming the contraceptive mandate.

What’s more, his dissent in Priests for Life reveals a legal mind that knows its place. Where some on the D.C. Circuit were content to go beyond the then-announced precedent of the U.S. Supreme Court, Kavanaugh was not. “It is not our job to re-litigate or trim or expand Supreme Court decisions,” he wrote. “Our job is to follow them as closely and carefully and dispassionately as we can.”

Here is his judicial temperament revealed: Kavanaugh shows deference to a higher authority. On the D.C. Circuit, that authority is the U.S. Supreme Court. Once elevated to that bench, it is the Constitution.

Religious liberty is the foundation of all liberty. The Founding Fathers placed it first in the Bill of Rights because they knew its primary importance. If government can be allowed to force its way in between a man and his God, there is no limit to government authority and no bulwark against tyranny. Kavanaugh understands these principles and will dedicate his time on our nation’s highest court to faithfully defend them.