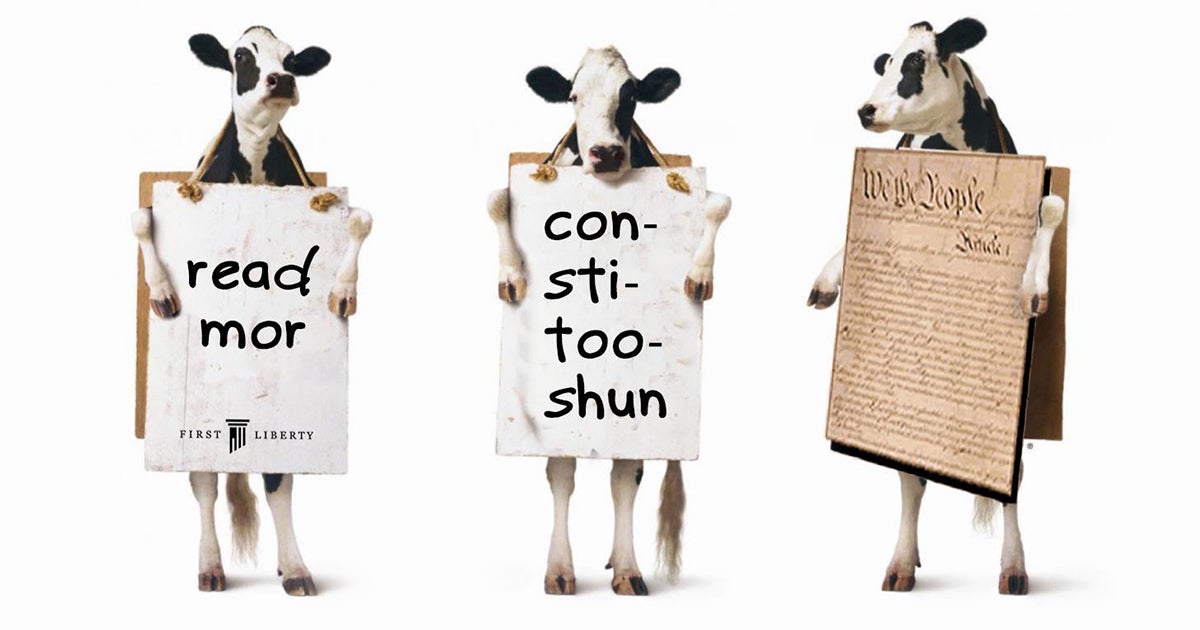 For those not familiar with this case, in March of 2019 the San Antonio City Council voted to ban the popular fast-food restaurant chain from the city’s airport because Chick-fil-A’s owners made donations to faith-based organizations, including the Salvation Army and the Fellowship of Christian Athletes.

It’s ironic that a city council member justified the council’s decision by praising San Antonio as a “city full of compassion,” a city where “everyone should feel welcome when they walk through our airport.”

But apparently “everyone” doesn’t include Chick-fil-A.

The decision to ban Chick-fil-A was another ugly episode of today’s “cancel culture” gone too far, adding to an ever-growing list of incidents in which government officials punished American businesses owners because of their religious beliefs.

Banning Chick-fil-A over its religious affiliations and its owners’ private donations isn’t just a display of bigotry—it’s also a blatant violation of the Constitution. Specifically, it’s a violation of the First Amendment to treat any organization with hostility just because of the religious views of its owners.

Additionally, the Texas Legislature passed the First Amendment Defense Act to protect organizations like Chick-fil-A. This state law will “prohibit a governmental entity from taking any adverse action against any person based wholly or partly on the person’s membership in, affiliation with, or contribution, donation, or other support provided to a qualifying religious organization and to provide for relief if that prohibition is violated.”

In our brief, First Liberty highlights why the Texas First Amendment Defense Act was signed into law in the first place:

“In an era of cancel culture, where some segments of society seek to punish those who have religious convictions outside the progressive mainstream, the First Amendment Defense Act is critical to protecting tolerance and liberty.” 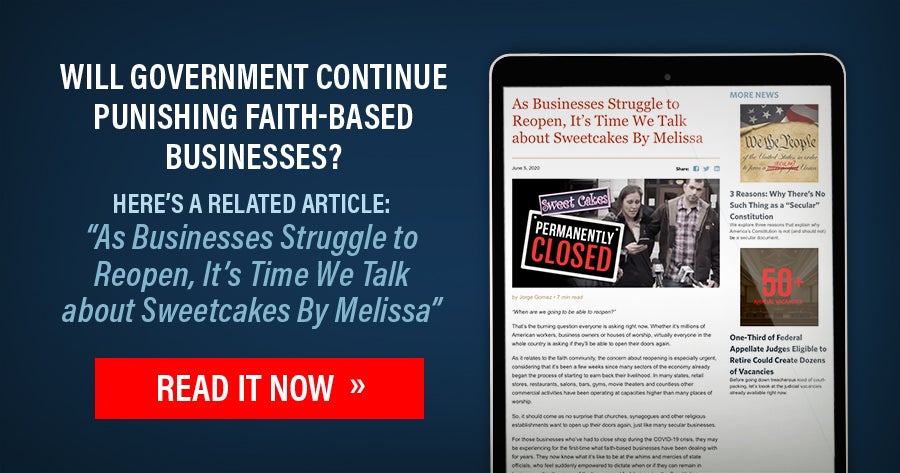 Why Supporting Chick-fil-A is Critical to Every American

If a popular franchise like Chick-fil-A can be the target of discrimination and can be driven from the marketplace, then what’s stopping the government from discriminating against small business owners and millions of Americans nationwide because of their religious beliefs?

Indeed, as government officials continue caving to the “cancel culture” that’s quickly becoming the new normal in our country, everyday Americans who live out their faith in their businesses and their jobs will be the first to bear the brunt of consequences.

Look at the example of First Liberty client Melissa Klein, one of the worst “cancel culture’” cases against a faith-based business we’ve seen in recent years. Melissa was effectively canceled from the marketplace by Oregon government officials, who imposed a $135,000 penalty that bankrupted and forced her to close her family bakery, SweetCakes by Melissa. Again, the reason for the state’s hostility—including outrageous suggestions that people like Melissa needed to be “rehabilitated”—came because the bakery declined to create a custom cake for a same-sex wedding, an action that would force her to violate her religious beliefs.

Or consider the similar case of Christian cake artist Jack Phillips, who also wanted to operate his business consistent with his faith. Despite winning at the Supreme Court in 2018 and the Colorado Civil Rights Commission being ordered to stop its harassment of religious people, Jack was plagued by legal nightmares at the hands of the state following his Supreme Court triumph.

These and so many more cases demonstrate why it’s so important that Chick-fil-A doesn’t face religious discrimination. Millions of Americans operate their own businesses every day, holding religious convictions at the same time. Canceling people and businesses because of their faith is starkly un-American. It’s wrong and directly at odds with the founding values of our country. Business owners should not have to face the threat of punishment or cancelation.

By standing strong with Chick-fil-A, First Liberty Institute can not only help vindicate one faith-based business, but also reaffirm the fundamental principle protecting millions of Americans so that they can keep living, working and operating their businesses without having to forfeit their religious convictions.