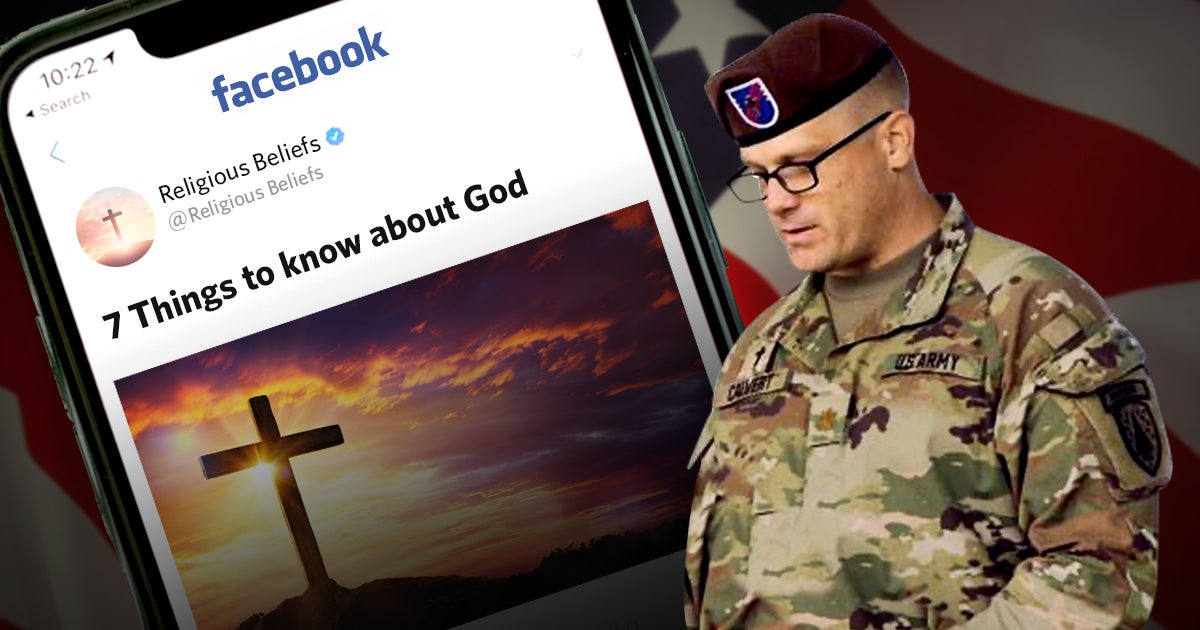 Military chaplains do not surrender their First Amendment rights when they decide to serve their country.

But right now, First Liberty client, Army Chaplain Major Andrew Calvert, could be on the verge of having his decorated military career destroyed for expressing his religious beliefs.

Yes—you read that correctly. A chaplain—whose duty is to provide religious and spiritual support—is facing career-ending punishment by the Army because some people found it offensive that he expressed his religious beliefs on his personal Facebook page.

This is yet another example of the toxic “cancel culture” infiltrating and threatening to destroy religious liberty in the military, which is a disservice to the readiness of our armed forces because it discourages people of faith from serving their nation.

Thankfully, the kind of religious discrimination being waged against Chaplain Calvert has no basis in the law, and First Liberty is fighting right now to restore his First Amendment rights.

Chaplain Calvert, currently stationed at Ft. Hood in Texas, is a highly decorated major in the U.S. Army. In sixteen years of service, he’s been deployed to combat zones three times and received the Bronze Star and three Meritorious Service Medals.

Multiple colleagues stated they have personally witnessed Chaplain Calvert serving and encouraging people of all races, nationalities, religious beliefs and genders. One colleague even said Chaplain Calvert “is not capable of discrimination of any kind regardless of religion, race, color, or gender.”

Here’s what makes this even more outrageous: Chaplain Calvert’s Facebook account makes it clear that posts and opinions are his own, meaning he’s speaking as a private citizen and not on behalf of the military. And, the religious views he expressed on his social media posts were consistent with existing Department of Defense policy at the time they were posted! 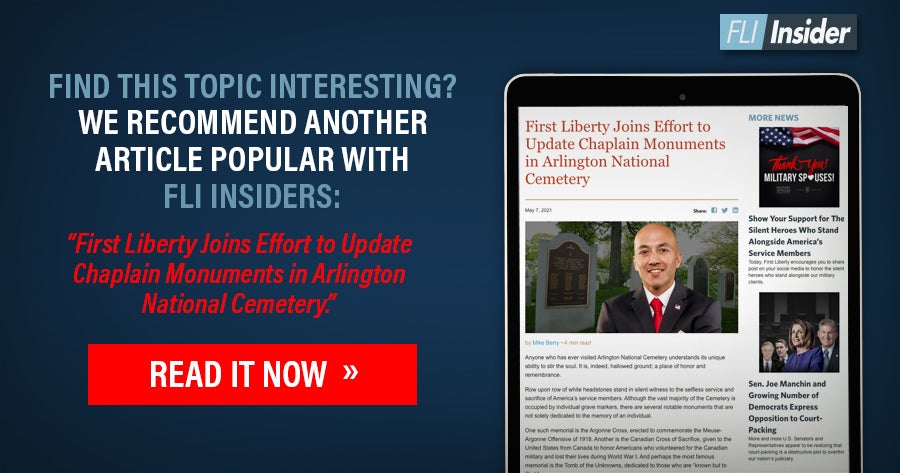 Not On Our Watch

As a First Liberty insider, you know that religious intolerance and discrimination against anyone in the military is inexcusable.

We explained that in a letter to Chaplain Calvert’s commanding officer, pointing to the laws and court precedent that clearly uphold the rights of service members to express personal religious beliefs.

For example, Department of Defense policy states that “a Service member’s expression of sincerely held beliefs may not be used as the basis of any adverse personnel action, discrimination, or denial of promotion, schooling, training, or assignment.”

In another letter sent this week in response to the Army’s reprimand, Mike Berry, General Counsel for First Liberty made it clear that it’s both morally—and legally—wrong to punish a chaplain for expressing views consistent with their faith:

“…Issuing a [reprimand] against a chaplain in retaliation for his expression of his sincerely held religious beliefs is unconstitutional, and violates DoD and U.S. Army regulations.”

Support Faith, Freedom and Fairness in Our Military

Chaplains, including Chaplain Calvert, should not have their career ruined for following and expressing the teachings of their faith.

If military chaplains are not permitted to express personal beliefs inspired by their religious convictions, how long until the military targets them for what they teach in their sermons?

And if chaplains are not allowed to express religious beliefs, no member of the military is free to live out their faith.

Did you know that Americans who identify as religious are the most likely to join the military? But right now, religious service members are being sent a clear message that they are unwanted—unless they abandon their core convictions and remain silent about their beliefs.

First Liberty is committed to fighting these cases of anti-faith discrimination in the military—which are becoming more and more frequent. And we have a winning track record in this regard!

This month is Military Appreciation Month. Will you show you appreciation for our military members, who make tremendous sacrifices to keep us safe, by donating to First Liberty today?

The military should never punish a service member because of his or her religious beliefs. Stand with us, and together, we’ll defend those who protect our nation and our freedoms.