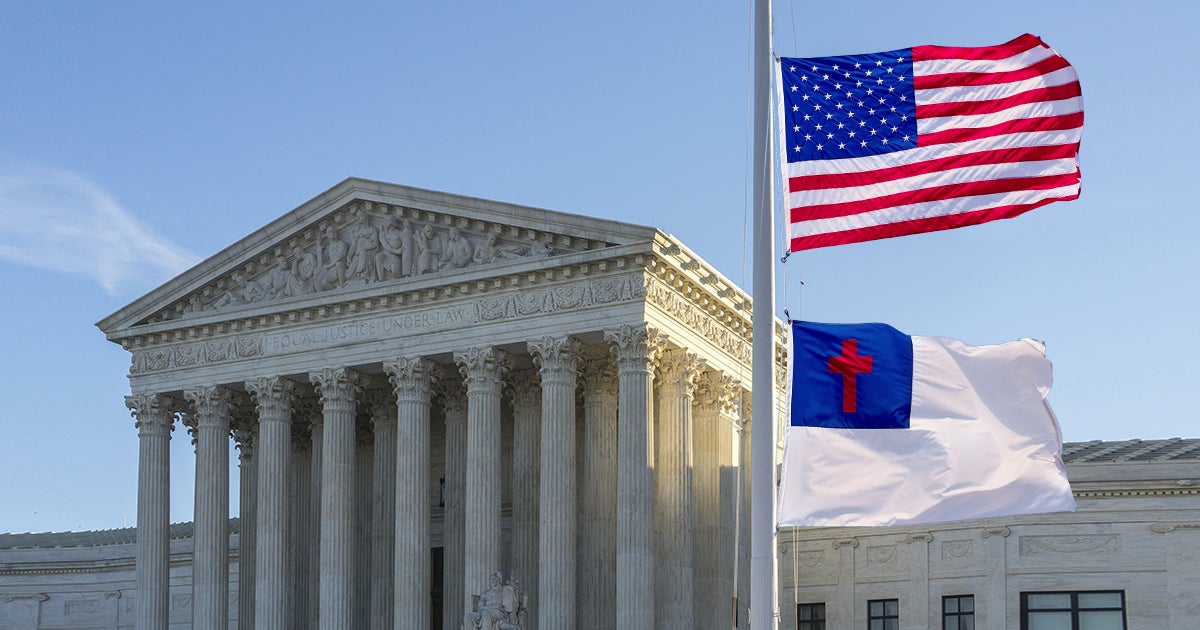 Religious discrimination is being challenged at the U.S. Supreme Court. This term, the Court will hear oral argument in Shurtleff v. City of Boston, a case in which Boston city officials claim the Establishment Clause prohibits them from flying a religious flag on a city-owned flagpole that the city had designated as a public forum open to all applicants.

At issue: Does displaying religious imagery on public property violate the Constitution?

If you’ve kept up with First Liberty’s work in recent years—particularly our landmark Supreme Court win for the Bladensburg Peace Cross—you know the nation’s highest court already set an important precedent that many religious displays are not just legal, but should be seen as “presumptively constitutional.” We’re reminding the Court of that decision in an amicus brief we filed on November 22 on behalf of The American Legion.

“Public displays with religious imagery are commonplace and part of our Nation’s history,” our brief states. “Coming from many different faith traditions, they testify to America’s longstanding recognition the role of faith plays in the lives of many.”

Attacks on such displays are examples of unlawful intolerance toward religious faith.

What the Supreme Court Has Already Said

The City of Boston has a program that allows private citizens to host public events in front of City Hall and to fly corresponding flags. In the past, flags for such events have included those of various nations, historical clubs and cultural groups.

Harold Shurtleff—a local citizen—applied to fly the Christian flag to correspond with an event for Camp Constitution, an organization he founded. We note in our amicus brief:

“The Petitioner’s stated purpose in requesting to fly the Christian flag as part of the Camp Constitution event was ‘to commemorate the historical civic and social contributions of the Christian community to the City of Boston, the Commonwealth of Massachusetts, religious tolerance, the Rule of Law, and the U.S. Constitution.’” 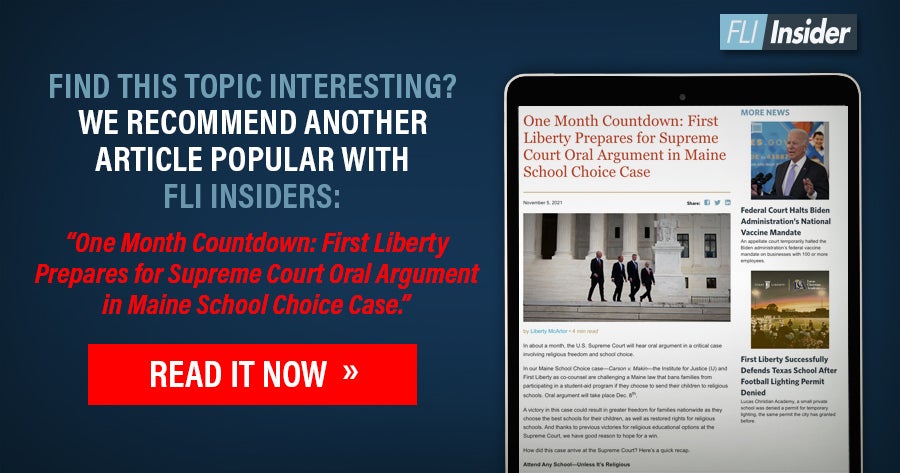 Despite clear Supreme Court precedent, city officials denied Shurtleff’s application. When challenged, the U.S. Court of Appeals for the First Circuit upheld that decision, arguing that onlookers might think the City of Boston was endorsing a particular faith, therefore violating the Establishment Clause of the First Amendment.

But the First Circuit got it wrong. In fact, this very question—as mentioned above—was thoroughly addressed in our Supreme Court victory in 2019, The American Legion v. American Humanist Association.

In that landmark ruling, the Court upheld the constitutionality of the cross-shaped Bladensburg WWI Veterans Memorial. It also made an important change in our constitutional law, returning to a more commonsense reading of the First Amendment. For cases involving religious displays, the Court abandoned Lemon v. Kurtzman—a harmful precedent that haunted religious freedom for nearly fifty years.

In American Legion, the Court returned to a more sensible “history and tradition” test:

In other words, the days of offended observers forcing governments to scrub all public references to the divine are over.

That’s what we underscore in our amicus brief, that even though the cross is a “preeminent Christian symbol,” the Court said “such displays can comport with the Establishment Clause when they are viewed in their historical contexts.”

American Legion made it clear that there is nothing unconstitutional about displaying on public land a religious symbol for the sake of its historical significance or place in a common cultural heritage. Harold Shurtleff sought to fly his flag for exactly those reasons—to commemorate the historical civic and social contributions of the Christian community to his city, state, and nation. His display—and many other religious displays—does not necessarily mean the government is endorsing a religion.

While the outcome in Shurtleff will indeed be important, it’s only one among several religious freedom cases pending at the Supreme Court. First Liberty has three cases of our own pending at the nation’s highest court this term:

Your support has gotten us this far. The outcome of these cases will impact the lives of people of faith for years to come. Would you consider giving to First Liberty now, to bolster our defense of these clients at the Supreme Court?