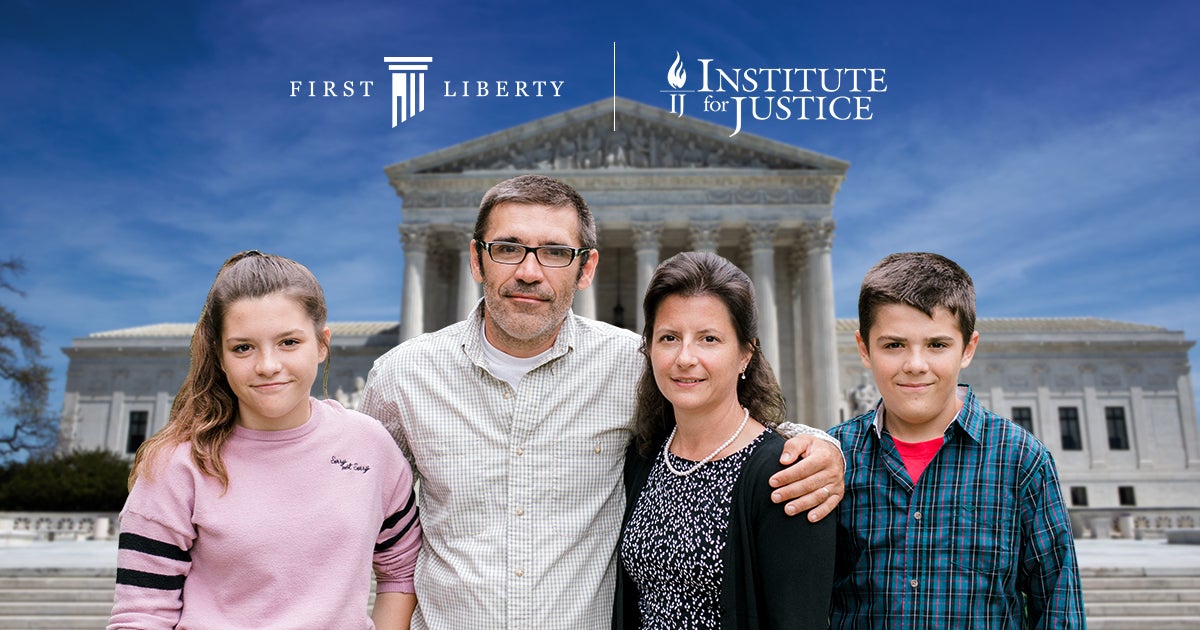 In October of 2020, the U.S. Court of Appeals for the First Circuit upheld a Maine law that excludes students attending faith-based schools from the state’s high school tuition program. Under the program, when a town does not maintain its own public high school, the state pays tuition for students to attend the school of their choice—unless that school is religious.

In our petition, First Liberty and IJ attorneys argue that no state should discriminate against families that choose to send their children to a religious school:

“States should not be permitted to withhold an otherwise available education benefit simply because a student would make the private and independent choice to use that benefit to procure an education that includes religious instruction.”

Let’s quickly recap what this case is about, including what implications the final decision could have for the liberty of students (as well as their parents) to choose which school they attend and whether they’ll face discrimination for pursuing a faith-based education.

Maine has a 200-plus year tradition of using government funds to ensure education for its residents. Historically, some towns would provide for families to send their children to private academies, often run by religious organizations.

In 1903, the state passed a law ensuring that all children would have access to primary and secondary education. But not every community had enough money—or students—to justify building their own schools.

To this day, when a school district does not provide a public high school, Maine compensates for this by helping fund tuition at any public or private school that families choose, unless it is a religious school. This religious restriction wasn’t always there, though. Throughout most of the program’s history, parents could choose religious schools and still participate in the tuition program.

That changed in the 1980s, when Maine’s Attorney General declared that it was unconstitutional to include religious schools in the program. Later Supreme Court cases clarified that allowing school-choice program participants to select religious educational options did not violate the Establishment Clause. Allowing families to independently choose from an array of schools which may or may not be religious in no way violates the Constitution.

However, Maine did not remove the religious exclusion from its program. Despite previous lawsuits, Maine continued to deny families in “tuitioning towns” the choice to send their child to a religiously affiliated school under the school choice program.

Hope for Victory: What the U.S. Supreme Court Has Already Said

As we wait for the Supreme Court’s response on our recent petition, there’s reason to have hope that First Liberty’s and IJ’s legal teams can achieve a victory on behalf of the families we represent who are challenging Maine’s religious discrimination.

In fact, the Supreme Court recently issued two decisions favorable to the constitutional rights of students and religious schools.

In 2017, the U.S. Supreme Court ruled 7-2 that religious organizations such as Trinity Lutheran could participate equally in taxpayer-funded state programs. In fact, by excluding Trinity Lutheran, the state of Missouri was discriminating on the basis of religion and violating the Constitution.

The second ruling is Espinoza v. Montana (2020), which stated that the Free Exercise Clause prohibits the state of Montana from excluding students attending religious schools from participating equally in tax-credit-funded scholarship programs for low-income students.

In light of these precedents, First Liberty and IJ argue not only that the U.S. Supreme Court has given the green light to include religious options in a school choice program, but also that barring parents who choose religious options from participating in school choice programs violates the U.S. Constitution’s Free Exercise and Equal Protection Clauses.

With the Maine School Choice case, the U.S. Supreme Court has a prime opportunity to reaffirm that in America, families should not be excluded from participating in widely available public benefits only because they choose religious schools for their children.