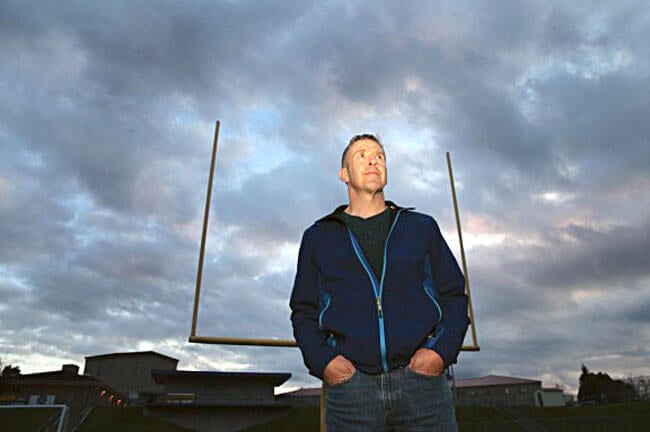 On September 21, attorneys for First Liberty Institute and Gibson Dunn filed a petition on behalf of their client, former football coach Joe Kennedy, requesting an en banc rehearing of the case by the U.S. Court of Appeals for the Ninth Circuit. If granted, eleven active Ninth Circuit judges—including the chief judge—would hear Coach Kennedy’s case and issue a decision.

In August, a three-judge panel of the Ninth Circuit ruled that a school district in Washington state could fire Coach Kennedy for a silent, private prayer lasting 15 to 30 seconds on the field following football games. According to the Ninth Circuit panel, the problem with Coach Kennedy’s prayers is that he prayed in a place where he could be seen.

Back in 2008, Coach Kennedy began working for the Bremerton School District near Seattle, Washington. Prior to coaching, he made a commitment to God that he would give thanks after every game for his players and for the opportunity to be a coach. So, at the end of his first game, he waited until the players cleared the field and kneeled for a moment of silent, private prayer.

Coach Kennedy continued praying after every game for seven years without any complaints from students, parents, or other coaches, though some players from both teams began to join him. In 2015, the school district issued a letter telling him to stop praying with players after games or risk disciplinary action. Coach Kennedy complied with that order and resumed his original practice of praying alone and silently. Even though Coach Kennedy took these steps, the school district fired him.

RELIGIOUS LIBERTY AT A CROSSROADS

First Liberty knows this is a decisive moment for the future of religious freedom in America. A rehearing of Coach Kennedy’s case would be a critical step in reversing the Ninth Circuit panel’s opinion.

“An en banc rehearing by the Ninth Circuit is necessary, given the extreme, far-reaching opinion issued by the three-judge panel,” said Mike Berry, Deputy General Counsel for First Liberty. “If the current decision stands, a teacher could be fired for wearing a yarmulke to school.  A coach could be fired for bowing his head in prayer when a player is hurt.”

The current decision not only affects Coach Kennedy, but also impacts the millions of residents that live in the area under the Ninth Circuit court’s jurisdiction. The court’s most recent ruling sets a precedent with dangerous consequences. As Berry pointed out, it may be used to justify actions school districts take to ban any form of religious expression made by a school employee, including simply making the sign of a cross before lunch.

It sends a distorted message that anyone who is employed by the government cannot outwardly express their faith. This is the type of judicial opinion that would overstep and violate the religious freedom of people of all faiths. According to First Liberty, censoring school employees like Coach Kennedy contradicts the Constitution and our nation’s most fundamental rights guaranteed by law.

In fact, the U.S. Supreme Court has already recognized that school employees have religious freedom rights – even when they are on the job. In Tinker v. Des Moines Independent Community School District (1969), the high court concluded that teachers do not “shed their constitutional rights to freedom of speech or expression at the schoolhouse gate.”

BEYOND THE SCHOOL DISTRICT

But it does not end there. If upheld, the Ninth Circuit’s ruling would have a ripple effect beyond school employees. It could become a stepping stone for government to censor religious expression in other settings. It could mean that employees in any government workplace could be reprimanded or fired for praying, especially if they can be seen by their coworkers or supervisors. With this kind of authority, the government could potentially ban prayer or any other type of religious expression on any public property, like a park or a sidewalk.

However, even more dangerous is that the court’s opinion could be misused by hostile and anti-religious groups to drive religious freedom out of the public sphere altogether.

PREPARING FOR THE ROAD AHEAD

“As a man of courage, character, and faith – and who served his country in the Marine Corps – Coach Kennedy deserves justice,” says Kelly Shackelford, President and CEO of First Liberty. “His Constitutional right to silently and privately pray should not be violated. By the same token, millions of government employees should not have to hide their religious beliefs when they step into the workplace. Reversing the Ninth Circuit’s ruling would be a breakthrough for coaches, teachers, and government workers across America.”

First Liberty is prepared to take this fight all the way to the Supreme Court, if necessary. Ideally, the full panel of the Ninth Circuit would reverse the previous ruling and rule in favor of Coach Kennedy. Alternatively, the Ninth Circuit could deny the en banc petition, or it could uphold the current ruling. In either case, First Liberty stands ready to appeal and challenge the court’s decision.