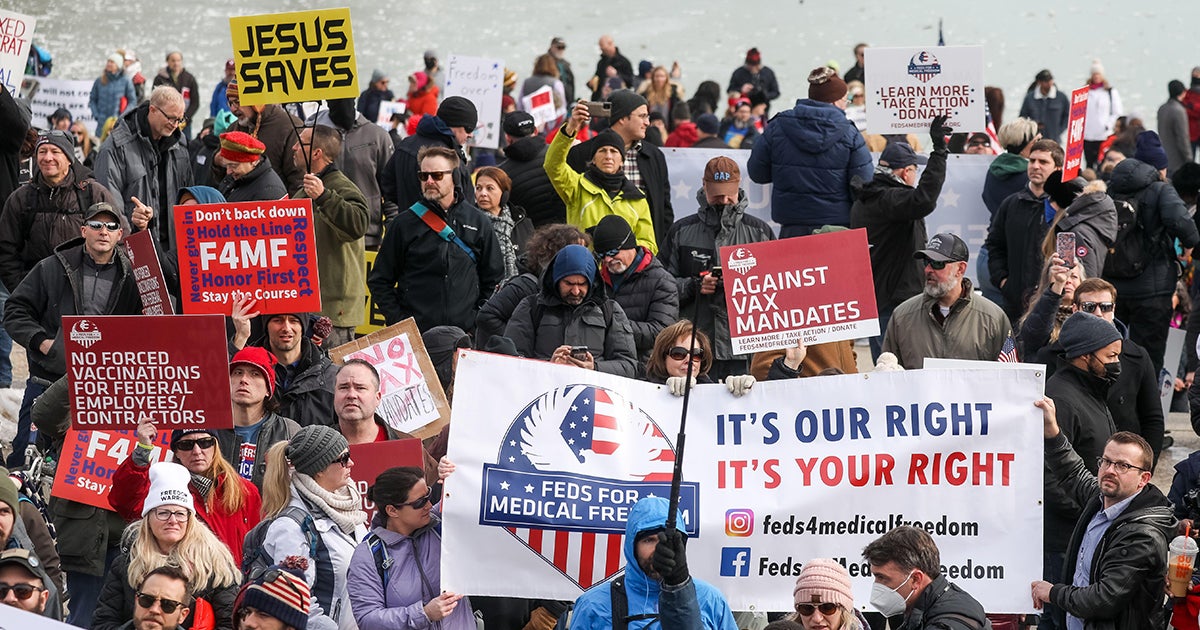 First Liberty recently filed a friend-of-the-court brief at the U.S. Court of Appeals for the Fifth Circuit on behalf of dozens of members of Congress in Feds for Medical Freedom v. Biden.

In that case, Feds for Medical Freedom challenged President Biden’s COVID-19 vaccine mandate for the federal workforce. After U.S. District Judge Jeff Brown issued an injunction blocking the mandate, the Biden administration appealed to the Fifth Circuit and sought an emergency stay of the injunction.

In his injunction issued last month, Judge Brown concluded the case is not about whether individuals should be vaccinated, but “it is instead about whether the president can, with the stroke of a pen and without the input of Congress, require millions of federal employees to undergo a medical procedure as a condition of their employment. That, under the current state of the law as just recently expressed by the Supreme Court, is a bridge too far.”

Recall that just last month, the Supreme Court blocked the Biden administration’s vaccine mandate on companies with more than 100 employees. That ruling was a win toward stopping a massive government power-grab and for religious liberty.

Over the past two years, America witnessed a flurry of alarming executive actions that threatened many freedoms. These not only include constitutionally suspect mandates from the federal government, but also local and state officials who imposed restrictions on religious services or forced houses of worship to close indefinitely.

First Liberty is once again making the case that executive lawmaking is an unconstitutional, overreach of power that poses a danger to religious liberty. Our brief states:

“As the Supreme Court has held, these mandates are ‘no everyday exercise of federal power,’ as they reach well beyond any arguable workplace hazard and into all ‘daily life.’  And no less than worship restrictions, these mandates—including the ones at issue in this case—pose a crisis of conscience for many religious Americans.” 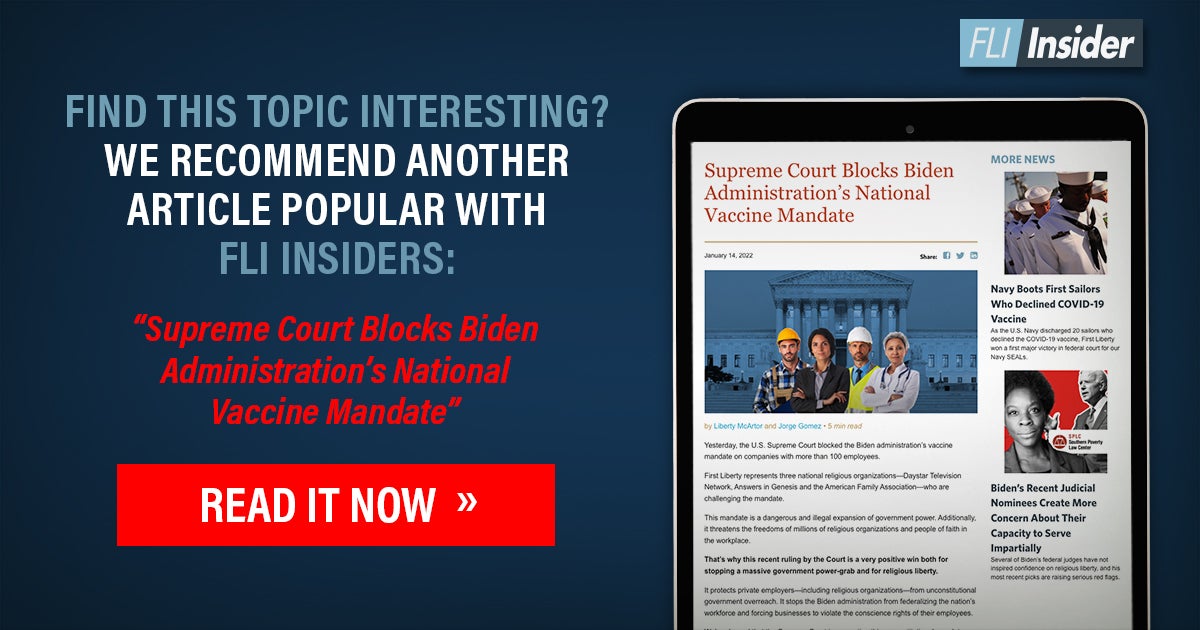 In addition to endangering the liberties of Americans, executive overreach also undermines the integrity of our constitutional system. It’s a blatant attack on the separation of powers.

“If the President wants to require that federal workers be vaccinated, he must go through the legislative process…We hope the Fifth Circuit agrees with courts across the nation that are blocking the Biden administration’s unprecedented and clearly unconstitutional executive overreach. Under our Constitution, the President does not make the laws—Congress does.”

Whether it’s a mandate on companies, federal workers or on military service members, the Biden administration has shown a particular disdain for the constitutionally protected, sincerely held religious beliefs of millions of Americans.

We are a diverse nation of people with a wide array of beliefs. And that means there are going to be divergent views when it comes to vaccinations. But there’s one constitutional principle that we can agree on: The President does not have the power to hand down an edict that forces Americans to violate their faith and conscience. Indeed, it’s incredibly dangerous when the executive usurps the powers given expressly to the legislative branch.

First Liberty will continue fighting on behalf of our clients and people of all faiths to protect them from these illegal and blatant violations of their rights.