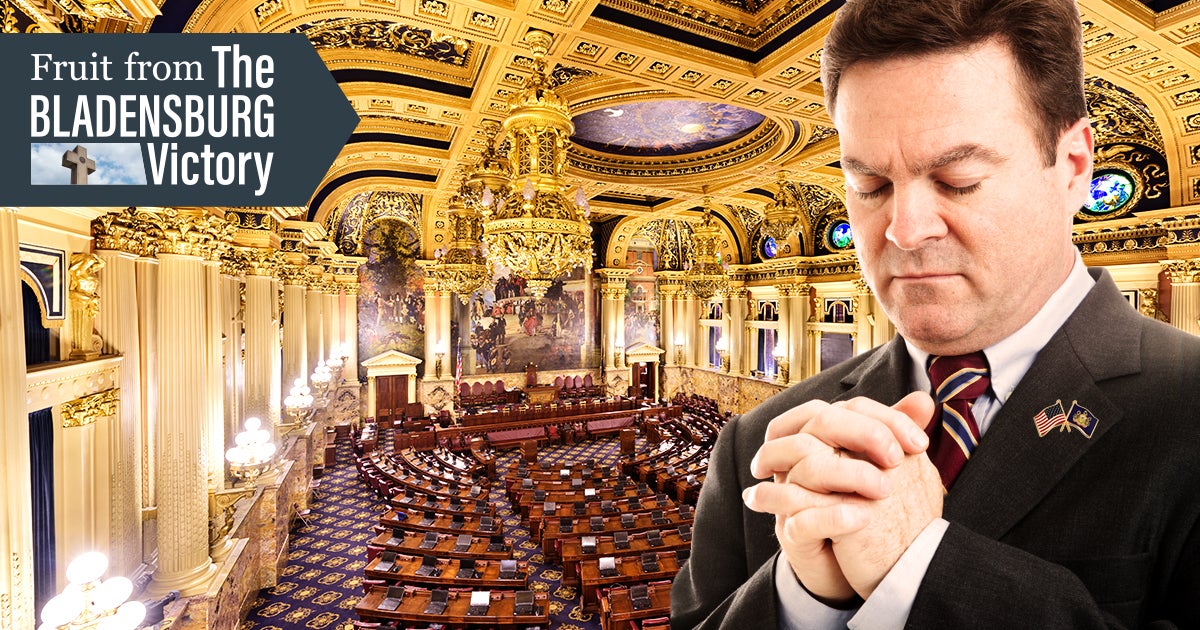 When First Liberty made history at the U.S. Supreme Court in June, thousands of Americans cheered and celebrated, hailing the Bladensburg victory as one of the landmark judicial decisions of the past decade.

And although it’s only been a couple of months since the decision came down, you and I – as well as millions of Americans of all faiths – are already experiencing more religious freedom than we’ve had in years, or even in our lifetimes.

Decisive legal victories continue to unfold right before us, many of which are leaving an important legacy to protect religious liberty for generations to come – for our children and grandchildren.

So, not only did we make history together earlier this year at the Supreme Court, we’re making more history together through the incredible ripple effect that Bladensburg is having in judicial opinions throughout our country.

In fact, the Bladensburg ruling had a nearly immediate impact on two separate occasions, one in South Carolina and another in Pennsylvania. In both of those cases, religious liberty won the day, and the final outcome in favor of our first freedom wouldn’t have been possible without the critical precedent set forth in Bladensburg.

And the best part? Those successes are just the first fruits of many future victories.

Because you stood strong with us to fight this case at the Supreme Court, we’re sharing with you how our historic triumph is ushering in a new era for our first freedom, when Americans no longer have to be afraid of living out their faith.

Most recently, the U.S. Court of Appeals for the Third Circuit made great use of the Bladensburg victory and issued a key decision protecting the right of elected representatives to continue on with one of America’s longstanding and historic practices – legislative prayer.

The Third Circuit issued a ruling two weeks ago upholding the constitutionality of a legislative prayer policy enacted by the Pennsylvania House of Representatives.

The 2-1 decision stated that the First Amendment protects the state legislature’s right to have opening prayers for legislative sessions offered only by guest chaplains who believe in God, or a divine or higher power.

Historically, the Pennsylvania House has invited chaplains of various faiths to offer the prayer, but it doesn’t allow those who claim they don’t believe in a god to deliver the invocation. The House’s policy of preferring theistic over non-theistic prayer is one grounded in an established tradition that “only theistic prayer can satisfy the historical purpose of appealing for divine guidance in lawmaking.”

In writing the majority opinion, Circuit Judge Thomas Ambro emphasized heavily the importance of historical practices in carrying out the particular action that is legislative prayer. He cited the examples of Congress and state legislatures from across the country, which have approved and made specific use of theistic religious expressions as part of legislative invocations since the early days of the American republic.

He also noted that the U.S. Supreme Court and federal courts have affirmed the constitutionality of legislative prayers in a number of legal precedents, highlighting that “the Supreme Court has long taken as given that prayer presumes a higher power.”

And most recently, the Supreme Court set a precedent with the Bladensburg decision (Am. Legion v. Am. Humanist Assn.), which states there is “a presumption of constitutionality for longstanding monuments, symbols, and practices” – a protection that certainly extends to legislative prayer.

Thanks to Bladensburg, courts across the nation can now employ a “history and tradition” test when evaluating these types of cases, which in practice means that individual Americans, communities, and local governments can continue on with religious traditions, practices or displays that have been a part of their history, as well as our country’s history.

And of course, as more of America’s federal judges make use of a historical approach when interpreting the Constitution, you and millions of Americans will have countless more opportunities to live and express your faith freely.