Criminalizing Church? Louisiana Church Threatened with Criminal Sanctions for Exceeding the Volume of a Conversation 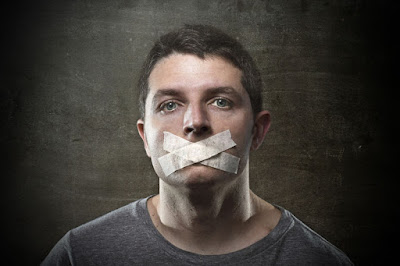 First Liberty Institute filed a lawsuit and requested a temporary restraining order Thursday on behalf of Vintage Church in Metairie, La. The lawsuit comes after officials in Jefferson Parish repeatedly intimidated church members and issued criminal sanctions against the church for exceeding the sound level of a conversation. While the church is being held to such limits, noises from power tools, lawn mowers, and demolition is permitted.

Founded in response to the devastation wrought by Hurricane Katrina, Vintage Church describes in its Mission Statement its commitment to serving the City of New Orleans. The church has already expanded to two locations in the New Orleans Metropolitan area.

One of Vintage Church’s buildings is currently undergoing expansion in order to accommodate the growing congregation. In the meantime, members are meeting in an outdoor tent at 9 a.m. and 11 a.m. every Sunday.

Ever since a neighbor complained that the services were too loud, multiple law enforcement vehicles have been sent to investigate the church. Officials first insisted that the services’ noise levels must not exceed 60 dB—the equivalent of “typical conversation, dishwasher, [or] clothes dryer” (American Speech-Language Hearing Association). The officials then insisted that no sound amplification—even the pastor’s microphone—be used at all, regardless of the sound level.

Nevertheless, on November 15, another criminal summons was issued to Vintage Church’s executive pastor–officials even came into the church, finger-printing the pastor in front of members and his pregnant wife.

“Demanding that a church service cannot exceed the noise level of a typical conversation or a running dishwasher while permitting loud noises from lawn mowers and jackhammers is ridiculous,” Butterfield said. “They are requesting the impossible, placing a substantial burden on Village Church, and violating religious freedom laws.”

According to the Louisiana Preservation of Religious Freedom Act,

Government shall not substantially burden a person’s exercise of religion, even if the burden results from a facially neutral rule or a rule of general applicability, unless it demonstrates that application of the burden to the person is both: (1) In furtherance of a compelling governmental interest. (2) The least restrictive means of furthering that compelling governmental interest.

On Thursday, December 10, First Liberty Institute filed a lawsuit against Jefferson Parish and requested a Temporary Restraining Order (TRO) from a judge, requesting that the noise ordinance not be enforced in such a discriminatory manner against Vintage Church.

Attorneys at First Liberty Institute are committed to defending members of Vintage Church and anyone else facing unwarranted hostility during their religious services—protecting the right of all Americans to worship in freedom, in public, and in peace.

In recent years, Liberty Institute has moved to protect the right of houses of worship against growing hostility from local governments:

We will keep you and other Liberty Watch readers updated on this important story as it unfolds. Thank you for your support, which enables our legal team to furnish churches with top-notch legal defense at no charge.