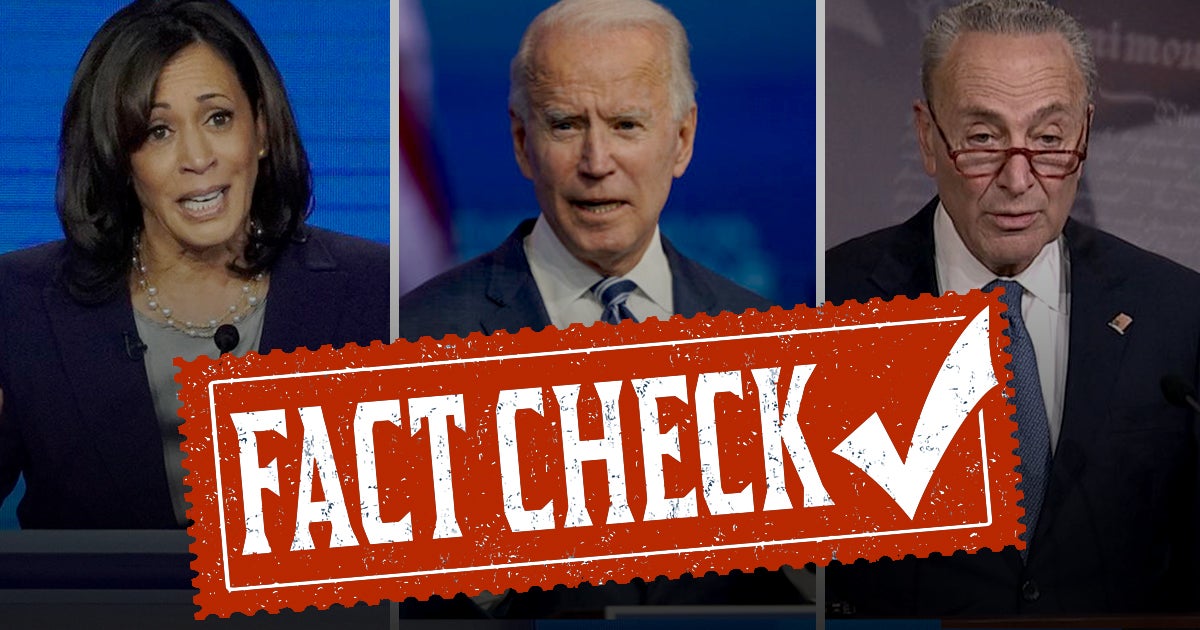 Proponents of court-packing argue that adding more judges to our nation’s judiciary is the magical solution to urgent problems, and even paint the picture that doing so is an act of goodwill. But far from being a necessity, court-packing is a brazen power-grab by one political party to fix the number of Supreme Court justices or federal judges to get the political results they want.

And when we look at the history of court-packing across the world, there’s no way around it: Court-packing is a dangerous scheme with severe implications that would erase freedom and rights for future generations and destroy America’s constitutional order.

To equip you—and all Americans—in exposing the lie and the radical plan to overthrow America’s court system, here are four common (or rather, bogus) court-packing claims debunked with facts and logic.

1. Myth: The Supreme Court has been stolen.

Fact: The Supreme Court currently has nine highly qualified, legitimately appointed and confirmed justices. The far Left just doesn’t like some of them.

The reason court-packing advocates say the Supreme Court was “stolen” is because they disagree with the political party and the president who appointed the latest three justices (Neil Gorsuch, Brett Kavanaugh and Amy Coney Barrett). For instance, they claimed that Justice Barrett’s confirmation happened too quickly. But as First Liberty President and CEO Kelly Shackelford has noted, justices have been confirmed in the same fashion nearly thirty (30) times. In fact, the late Justice Ruth Bader Ginsburg, whom Justice Barrett replaced, was confirmed in a similar time frame.

Ironically, stealing the Supreme Court is exactly what would happen if the coup attempt to add two, four or even six more justices were to succeed.

Fact: Court-packing is widely unpopular—and historically has been within both parties.

What’s more, opposition to court-packing is prevalent across the political spectrum.

Here are some quotes from several politicians and prominent figures on both sides of the political aisle, starting with the current president:

In 1983: “President Roosevelt clearly had the right to send to the United States Senate and the United States Congress a proposal to pack the court. … But it was a bonehead idea. It was a terrible, terrible mistake to make.”

In 2020: “Packing the Court means one very specific thing: expanding the number of justices to achieve a political outcome. It is wrong. It is an abuse of power.”

In 2020: “I want to allay those fears, I want to rest those fears for you right now because when they talk about whether it be packing the courts, or ending the filibuster, I will not vote to do that.”

In 2020: “I can’t think of a more destabilizing event for America than changing the number of [justices] on the Supreme Court every election cycle, because it becomes a winner take all for the Court.”

In 2020: “We shouldn’t expand the Supreme Court just because a justice may be confirmed with whom we disagree on policy.”

In 2019: “If anything would make the court look partisan…it would be that—one side saying, ‘When we’re in power, we’re going to enlarge the number of judges, so we would have more people who would vote the way we want them to.'”

The truth is both parties have long opposed court-packing, and the sudden flip by a select group of elites on the Democratic side on this issue exposes this scheme for what it really is: a barefaced power grab.

3. Myth: Court-packing is a routine procedure.

Fact: Changes to the size of the Supreme Court are very rare in America’s history, and the few partisan attempts at court-packing have been failures.

Congress has changed the number of Supreme Court justices only a total of seven times in American history. The radical Left distorts this fact to make you think court-packing is normal. But in nearly 250 years and 120 Congresses, the seven prior changes (many of them due to workloads and the addition of states to the Republic) do not offer a justification for packing the Court today. On the contrary, the seven changes show how rare court-packing is in America. What’s more, the number of Supreme Court justices hasn’t changed at all since 1869—that’s over 150 years!

4. Myth: Court-packing will save democracy.

Fact: Court packing will crush civil liberties by making the Supreme Court a partisan tool of whoever holds power.

Using a baseball metaphor, Supreme Court Chief Justice John Roberts once said of a judge’s role, “It’s my job to call balls and strikes, and not to pitch or bat.”

What would happen if several partisan justices were added to the Supreme Court—justices who were instructed to “pitch” and “bat” for the team that appointed them? The Supreme Court would become an extension of the party currently in power. The fundamental principle of the “separation of powers” would be destroyed.

If more and more partisan judges are added to courts every election cycle, those in the minority—people who don’t agree with the current ruling party—would have their freedom squashed under the weight of a rigged judiciary. Civil liberties like religious freedom would have no stable protection.

Far from saving the principles of our democratic republic, court-packing would lead to the demolition of constitutional rights—just like it happened in other nations, such as Venezuela and Argentina.

In our newest case, we are defending Army Chaplain Major Andrew Calvert, who’s facing career-ending punishment because of his religious beliefs on Facebook.

On the National Day of Prayer, First Liberty won a critical victory after a juror was dismissed for seeking guidance through prayer.