Vandalism and Destruction of Churches and Religious Symbols Continue Across America 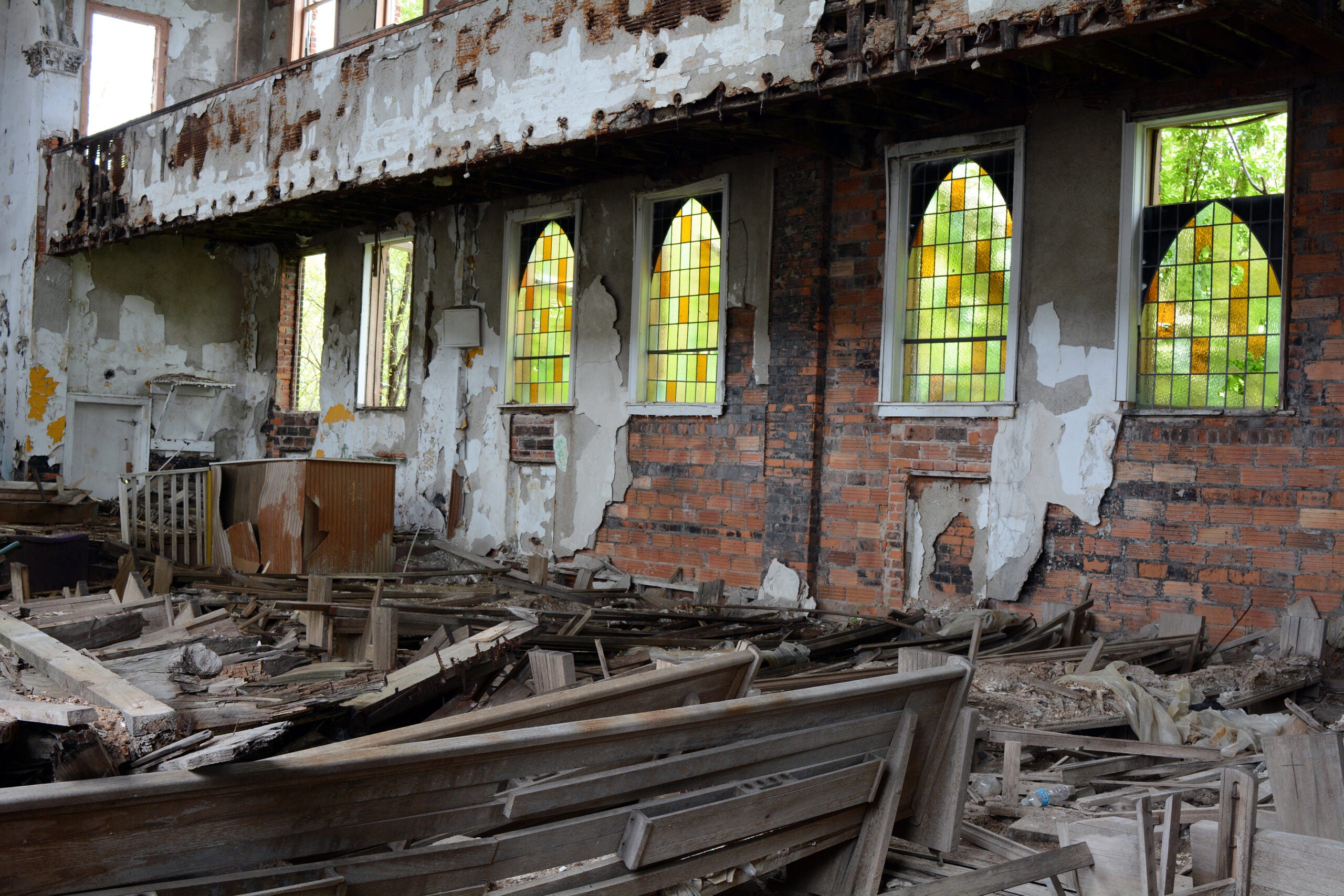 There’s no denying it. Shocking events in recent weeks are undeniable proof that religious hostility is rising at an alarming pace in America. From governors deeming houses of worship as “non-essential,” banning singing in church, suspending religious services, to churches and religious statues being burnt to the ground and vandalized, we are clearly living during one of the most tumultuous periods in our nation’s history.

In a recent article, we recently shared five shocking photos of the destruction and hate that opponents are directing against churches, synagogues and religious communities.

But if you thought those were just one-off occurrences…think again. The fact is, incidents of religious intolerance (at times, violent) are becoming more common, and they continue to surface in all corners of America.

Who could have thought that in a nation founded on the promise and principle of religious freedom, we’d be witnessing these egregious acts of vandalism and defacement?

Listed below are several more photos that show the frightening results of the All Out war on faith—the inevitable picture of what our country will look like unless we put a stop to religious intolerance.

As ONE, we must stand together to stop this All Out War, or we’ll end up paying the price of losing our cherished First Freedom. 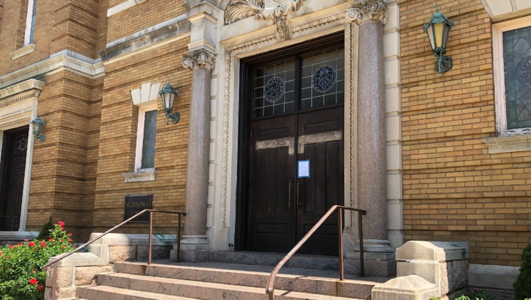 Recently, the St. Joseph Church in New Haven, Connecticut was vandalized with satanic and anarchy symbols painted on the door. This is the parish where the Knights of Columbus (K of C) was founded, and in response to the attack, K of C leader Carl Anderson stated:

“Statues of saints have also been vandalized, including those honoring St. Junípero Serra, St. Louis and even the Blessed Virgin Mary, and houses of worship and other religious symbols have been attacked…These are not merely attacks on statues and history. They are increasingly attacks on Catholics and people of faith.”

However, this is not the first attack on the K of C organization. In fact, First Liberty recently filed a federal lawsuit to reclaim religious freedom for the K of C, as city officials in Rehoboth Beach, Delaware prohibited the organization from celebrating their tradition of displaying a Nativity during the holidays. 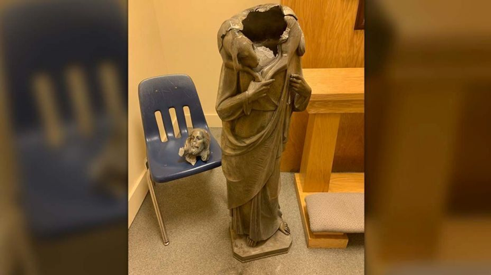 In Florida, police are investigating a possible hate crime after a statue of Jesus Christ was recently decapitated in a Catholic church. Reverend Edivaldo da Silva, a parish priest at Good Shepherd Catholic Church in Miami states:

“We totally ‘condemn’ this action. We invite our community to pray for peace.”

And this isn’t the only attack on churches that’s happened in Florida. 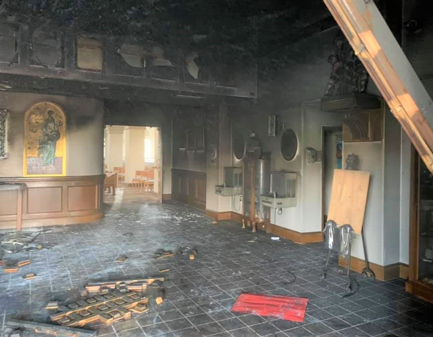 In Ocala, Florida, a man crashed his vehicle through the front doors of Queen of Peace Catholic Church, then set it on fire while parishioners were inside.

Sheriff Woods of Ocala said in a statement:

“Our freedom of worship granted in the Constitution is a freedom that we all hold dear. My deputies and I are sworn to protect that right and will always ensure our citizens can worship in peace.”

According to the arrest affidavit, the perpetrator claimed he has “problems with the Catholic church.” 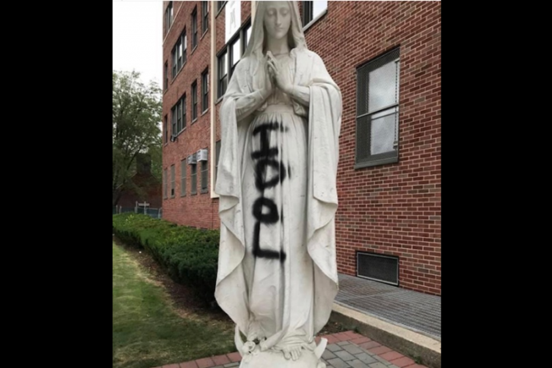 In New York City, police are investigating an act of vandalism against a statue of the Virgin Mary at the entrance of a Catholic School. Father James Kuroly, principal of Cathedral Prep states:

“Today, Cathedral Prep endured an act of hatred. We were victims of vandalism against a beloved statue that is dear to generations of Cathedral students. This image of our most Blessed Mother is approximately 100 years old and each day, both students and passersby pray fervently for her intercession in front of the statue.”

Clearly, these photos prove that we need religious freedom more than ever. As a nation established on the promise of religious liberty, America must continue to shine as a beacon of hope, as the place where people of all faiths can peacefully live out their fundamental rights without the fear of having their church burned down or religious symbols vandalized.

With your financial support, you can be the one to help us reclaim your most fundamental and God-Given Freedom. The price to pay for religious intolerance is the loss of our constitutional system and the foundational liberties that you hold dear—like religious freedom.

Let’s stand strong together and fight back against the All Out assault on faith. 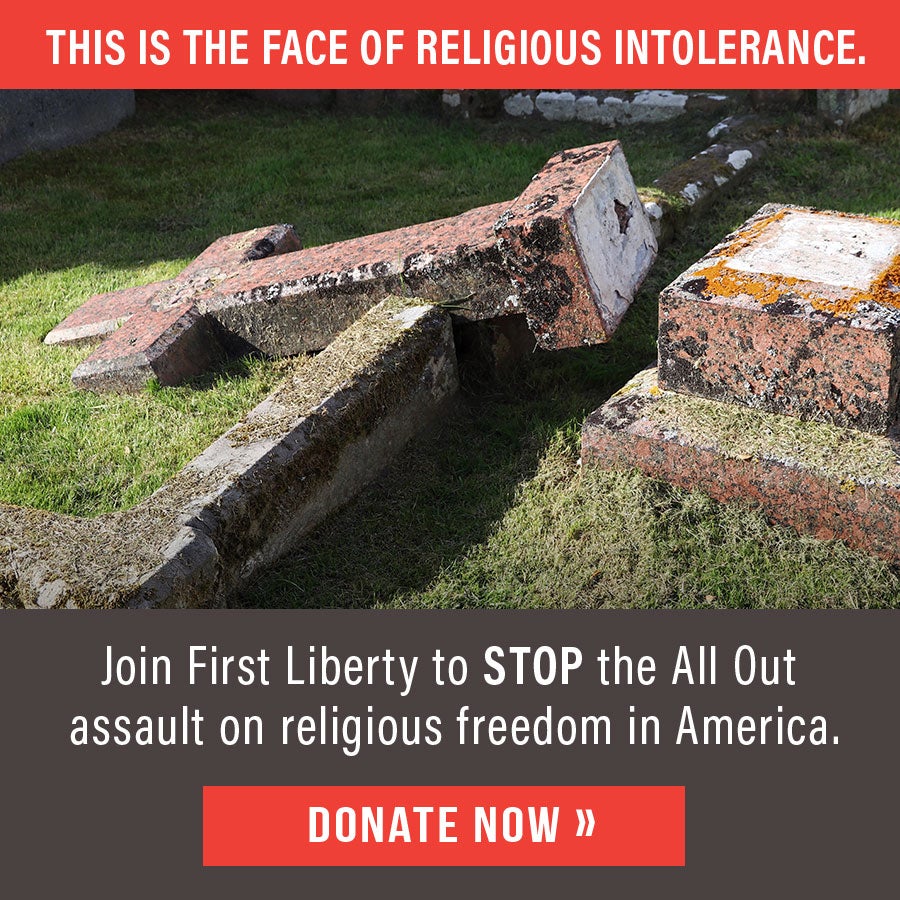