U.S. Dept. of Justice Continues to Demonstrate a Steadfast Commitment to Religious Liberty 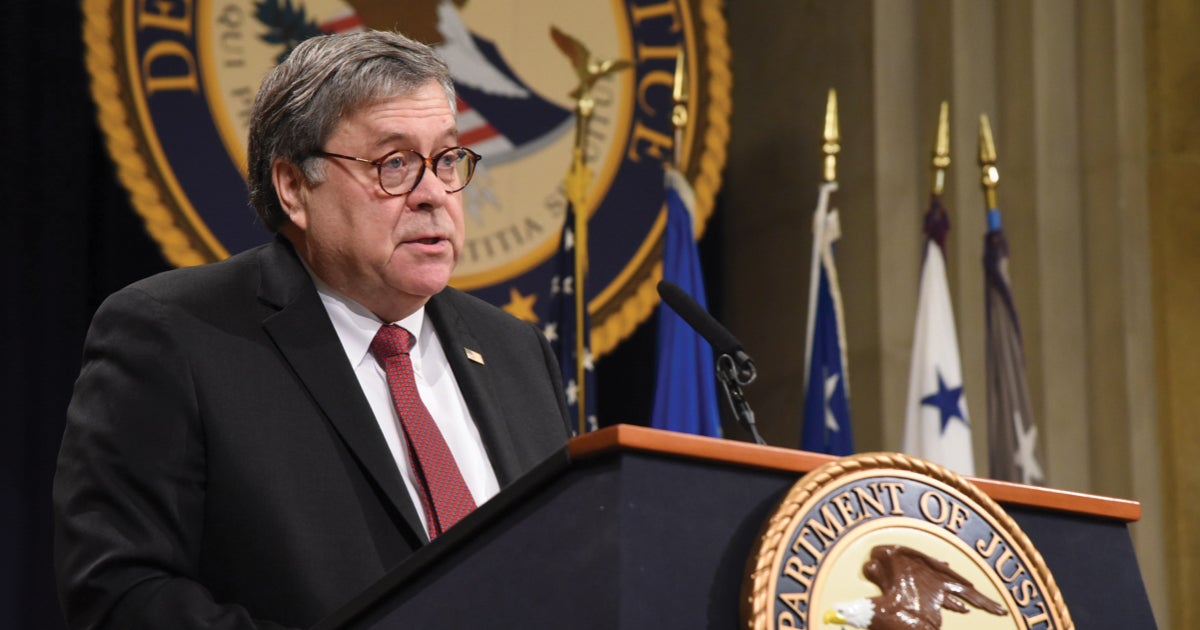 As part of its ongoing commitment to make religious liberty a priority, the current administration recently “raised the Barr” by taking action to help defend the right of Americans to live out their faith.

And just in case you need a refresh of the numerous advances the federal government has already undertaken in the last three years, you can download First Liberty’s exclusive and free resource, The Trump Administration’s Accomplishments on Religious Freedom.

The week-long training was part of the DOJ’s ongoing campaign to bolster its work to protect religious freedom, which is regularly described by top leaders as the first right protected by the First Amendment.

By now, you’re probably asking: Why is this DOJ training so important as it relates religious liberty, and what kind of impact will it have on the religious freedom of everyday Americans?

Thanks to YOUR financial support, First Liberty can keep bringing you expert analysis and great stories of how we’re reclaiming religious liberty in America.

Raising the Barr: A Leader with Priorities

Foremost, let’s note that the DOJ’s top leader—U.S. Attorney General (AG) William Barr—has been the department’s most fervent and outspoken proponent of defending religious liberty, particularly during a time when opponents and anti-faith groups are more brazenly attacking the rights of people of faith.

If you recall, AG Barr delivered a stirring speech last year pointing out the All Out war on faith, referring to it not as a “decay” of longstanding, traditional American values, but as an “organized destruction” spearheaded by militant secularists.

His message (or rather his warning) remains consistent to the present day. At the recent National Religious Broadcasters convention held in Nashville, TN, he stated:

“We live at a time when religion—long an essential pillar of our society—is being driven from the public square…Totalitarian democracy is almost always secular and materialistic, and its adherents tend to treat politics as a substitute for religion. Their sacred mission is to use the coercive power of the state to remake man and society…”

Numerous actions by the DOJ over the last year alone (including this most recent religious freedom training) are a visible demonstration of its pursuit of policies that favor our First Freedom.

So, what really makes this religious freedom training different?

For one, DOJ attorneys report there has been no similar training session for religious liberty over the last three presidential administrations. Secondly, it was a voluntary event that gave DOJ employees an extensive look at the resources available to them.

In a sense, this training is indeed the first of its kind, and AG Barr deserves credit for making it a reality. Although, we should add that it isn’t the first time the DOJ has sought to make religious freedom a priority.

The Lasting Impact of a DOJ That Prioritizes Religious Freedom

To some, these trainings may seem like nothing more than “bureaucratic” actions. However, these trainings do have a real and lasting impact. A DOJ that actively protects religious liberty helps offer hope for many people of faith (including a number of First Liberty clients) who are currently fighting to reclaim their rights.

For example, the DOJ recently filed a lawsuit against the Village of Walthill, Nebraska for its discriminatory restrictions against First Liberty’s clients, Pastor Paul Malcolmson and Light of the World Gospel Ministries.

Along with First Liberty’s defense, the DOJ’s action is a pivotal step forward in reclaiming this church’s right for its members to have a space where they can freely live out their faith.

What’s more, the DOJ has also intervened in another high-profile First Liberty case, perhaps the worst case of religious discrimination we’ve ever encountered.

Last year, the DOJ submitted a Statement of Interest condemning anti-Semitism in the Village of Airmont, NY, which has a 30-year history of discriminating and forcing the Jewish community to practice their faith underground.

It’s interesting that nearly 30 years ago, AG Barr was head of the DOJ under a different president when he filed a lawsuit in 1991 against the same village for religious discrimination.

“Freedom of religion requires not only freeing religion from undue government regulation and interference. It also requires freeing religion from discrimination and from vile acts of hatred and persecution…[in] the Airmont case…The manipulation of zoning laws to keep Orthodox Jews out of a community strikes at the very heart of what this country stands for.”

Of course, the DOJ’s list of pro-religious freedom actions nationwide is extensive, but here are a couple of recent noteworthy examples:

Bottom line, all of these actions point us to an incredible sea change that is taking place in our country. Not only are DOJ officials and the executive branch taking steps to get “Back to the Constitution,” but our courts, judges and our body of law are moving in a positive direction to reaffirm the God-given right of all Americans to freely live out their faith.