FALLOUT & FUTURE: A Year After the Supreme Court Marriage Decision, Where is Your Religious Freedom Headed? 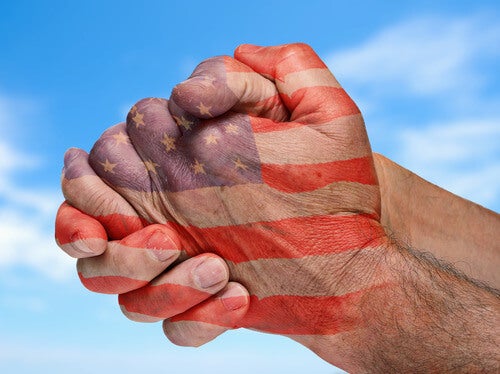 One year ago, the Supreme Court redefined marriage in the 5-4 decision in the case of Obergefell v. Hodges, with vast dangers for religious freedom. First Liberty Institute was prepared with a 5-point plan. How has our plan—and your religious freedom—fared? And where might our first freedom be headed in light of the continuing shockwaves of that decision?

First Liberty’s response plan consisted of what we called “legal firewalls” to protect religious liberty. The plan was in the works well before the decision, as the legal team anticipated the probability of a decision imposing legalized same-sex marriage on the entire nation.

GOAL #1: AN AFFIRMATION OF RELIGIOUS FREEDOMS BY THE SUPREME COURT

Before the Court’s decision, First Liberty submitted a friend of the court brief hoping to convince the Court to word the Majority Opinion to recognize legal protection of open faith-based disagreement with same-sex marriage. In other words, safe harbor for a person of faith’s right to openly disagree. The goal was to obtain, on record, words that in future legal action could be cited to keep many Americans from being fired, fined, or otherwise punished—and free to express their faith.

Status: Accomplished—but Being Tested. While the ruling to abandon the millennia-old definition of marriage as the sacred union of one man and one woman is certainly disappointing, the silver lining in 103-pages of the opinion: All nine Supreme Court Justices recognized the vital role of religious liberty. From the majority opinion, Justice Anthony Kennedy wrote:

“Finally, it must be emphasized that religions, and those who adhere to religious doctrines, may continue to advocate with utmost, sincere conviction that, by divine precepts, same-sex marriage should not be condoned. The First Amendment ensures that religious organizations and persons are given proper protection as they seek to teach the principles that are so fulfilling and so central to their lives and faiths, and to their own deep aspirations to continue the family structure they have long revered . . .”

GOAL #2: ALERT PEOPLE OF FAITH TO MAKE THEIR STAND IN THE JUDICIAL SYSTEM.

First Liberty intensified efforts to communicate to churches, ministries, individual people of faith, and others that the future of religious freedom would now be won or lost in courts, not in the ballot box. While elections are important, First Liberty warned that the foes of religious freedom would move rapidly to twist the Court’s decision to try to snuff out freedom to believe. In response, people of faith must fight now rather than waiting for an election to save freedom. Delay could be fatal.

Status: Victories—but More Battles Lie Ahead. As predicted, many people of faith did not passively accept violations of religious freedom flowing from the Obergefell decision or from attempts—both before and after the decision—to misuse sexuality and gender-related controversies.

While we’ve fought and won victories, how many other people have backed down? Not knowing your rights can lead to unnecessarily surrendering them.

First Liberty litigators have a 90 percent-plus win rate, even in tough cases, because they know how to use existing laws and court precedents to win legal cases—laws like:

Status: Using Protections in Ongoing Legal Action for Religious Liberty. The Supreme Court’s marriage ruling does not change the truth that Americans have a constitutional right to speak and to act according to our beliefs. The victories mentioned above are evidence that existing laws can bring success in the hands of skilled attorneys.

First Liberty attorneys provided legal analysis and guidance on the religious liberty implications of several state and federal statutes to state legislatures and the U.S. Congress. These laws will make it easier to win in court.

Status: Protection is Available and Spreading. First Liberty has guided churches and ministries, either through customized audits or through Religious Liberty Protection Kits—painstakingly crafted documents available online and in print. First Liberty enables organizations to legally immunize themselves, as much as possible, against attacks from government or other hostile organizations seeking to cripple them. This planning is already protecting numerous organizations, and is spreading to protect many more.

Yet the challenges will only become more intense. The targets of this angry, new, frightening wave of hostility have remained the same, while the pace and intensity of attacks has picked up. First Liberty President and CEO Kelly Shackelford lists areas of vulnerability, including:

“No one will escape,” he warned. At the same time, he assured supporters of First Liberty, “our strategic response plan gives real hope to defeat these new attacks.”

First, pray. For wisdom and restraint from the government. For favor for people of faith under attack and those advocating for them. And for courage on the part of those who need to stand for liberty and for those who stand with them as lawyers or financial supporters.

Third, inform others. Having religious rights does no good if Americans don’t know they have them. So spread the word—including First Liberty resources—in your circles of influence, including church, school, social media, and more.

“The very reason this country was founded was so people could actually disagree with the government’s position,” said Kelly Shackelford last year. “That’s why people came on boats to found this country. Our Constitution protects that, and we’re just going to have to fight these things out . . . . If we’re diligent in standing for our rights, we can win and keep those freedoms.”