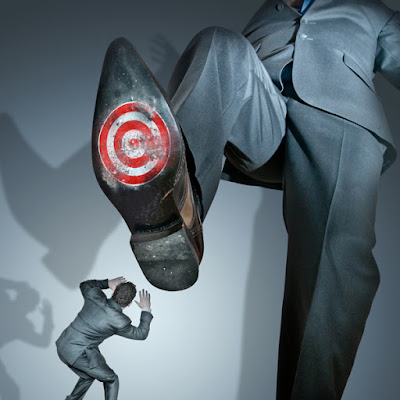 Religious liberty concerns are among the top areas of focus for the U.S. Equal Employment Opportunity Commission (EEOC), according to its annual Performance and Accountability Report released last month.

Listing the statistics for fiscal year 2015, the EEOC’s report from November revealed that among a rising number of discrimination charges and lawsuits filed,protecting religious freedom in the workplace has graduated to the top of the priority list, along with pregnancy and LGBT protections.

“The fact that the EEOC lists religious protections among its particular areas of focus for fiscal year 2015 proves what we have been saying all along—hostility to religious liberty in the workplace is on the rise,” said Jeff Mateer, General Counsel of First Liberty Institute.

“However, we believe the EEOC is still understating the problem,” Jeff continued. “If this problem isn’t remedied quickly, the ramifications will be detrimental.”

The EEOC’s report confirms what First Liberty Institute has been documenting for the past few years—escalating instances of workplace discrimination based on religious beliefs. In 2015 alone, First Liberty Institute has handled numerous cases of religious discrimination in the workplace. Some have come to a victorious close after lengthy litigation and a complaint filed with the EEOC—others are still ongoing.

Dr. Eric Walsh was fired from his position at the Georgia Department of Health for sermons he preached as a lay-pastor on the weekend. Dr. Walsh has filed a complaint with the EEOC. His case is still ongoing.

Bob Eschilman, an award-winning journalist from Iowa, was fired in 2014 by Shaw Media from his position as the editor of the Newton Daily News after he expressed his religious views on his personal blog. In July 2015, Shaw Media and Eschilman agreed to a confidential settlement. The case is now closed, and his EEOC complaint has been dismissed.

U.S. Navy Chaplain Wes Modder was threatened with termination from his twenty-year military career after he was asked about his religious beliefs and answered honestly during a private counseling session. In September of 2015, the Navy exonerated Chaplain Modder of all charges and threats of punishment, and restored him to full service.

Coach Joe Kennedy, a high school assistant football coach from Bremerton, Washington, was suspended from coaching his job in October 2015 because of his personal practice of praying on the 50-yard line at the completion of football games. Coach Kennedy’s case is still ongoing.

These cases are just a sampling of rising religious discrimination in the workplace. First Liberty Institute’s most recent edition of Undeniable: The Survey of Hostility to Religion in America revealed a 133 percent increase in threats against religious freedom since 2011—including against people of faith in the workplace. And these injustices continue to take place—even now, attorneys First Liberty Institute are preparing the 2016 edition of Undeniable.

For more documented instances of religious discrimination in the workplace, look the 2016 edition of Undeniable: The Survey of Hostility to Religion in America anticipated to be released in February 2016.

The EEOC’s report validates what First Liberty Institute attorneys and clients have witnessed and experienced for years–there are increasing instances of religious discrimination in the workplace nationally.

First Liberty Institute champions religious liberty in every sphere, including religious organizations, schools, the military, and the public arena. But workplace religious discrimination is a particularly vital area to protect Americans from.

If an employer can use economic leverage to intimidate employees from expressing their religious beliefs—threatening with loss of income or livelihood—they effectively bar the spread of the gospel.  In this manner, religious views are being confined to “private” spheres, are decreasing in influence, and thus hindering the very religious freedom the First Amendment is supposed to protect.

In Kelly Shackelford’s 2015 booklet A Time to Stand, he recalled an account of this exact situation taking place a short time ago in England:

An ally of First Liberty Institute, Paul Diamond [one of the foremost barristers litigating cases for religious freedom in the United Kingdom] issued a stark warning to America in 2014 during a visit to our shores.

He said that several years ago in England, the government and many businesses began to hammer against religious liberty for Christians who held to traditional views of sexuality. Careers were threatened unless workers agreed to affirm the morality of forms of sexual relations their Scriptures clearly were against.

Most Christians in the UK chose job security—and capitulation to the secular culture. That was the point, said Paul, when a great darkness crept over the nation as it tipped decisively away from religious liberty. The light of open Christian influence was all but extinguished and the social benefits of faith were forfeited.

Although the EEOC is acknowledging the importance of protecting religious freedom of employees, the EEOC itself is operated by an administration that remains unfriendly to religious rights, with commissioners appointed by President Obama. One prominent commissioner since 2010, lawyer and law professor Chai Feldblum, was quoted in 2006 by respected writer Maggie Gallagher as saying that when it comes to a clash between “sexual liberty” and religious liberty, “I’m having a hard time coming up with any case in which religious liberty should win.”

The EEOC’s report is a signal that Americans are waking up to the idea that religious discrimination in the workplace is truly one of the most important issues of facing Americans today. Rest assured that First Liberty Institute has long been committed to a victorious course of action:

First Liberty Institute will continue to make sure Americans know this vital issue exists, that employees have religious rights, and that religious liberty wins either at the EEOC or in court when victims stand up. To read more about your workplace rights, download our free Religious Liberty Protection Kit for the Workplace.

First Liberty Institute will continue to give victims world-class defense from America’s top lawyers at no charge, because of the generous support of our donors. We’ve already won significant victories—such as that for award-winning journalist Bob Eschilman—and have actions against the  State of Georgia Department of Public Health, and more.

We are committing lawyers and energy to this pivotal front in the war to protect and defend religious liberty. American workers can remain free if lawyers, donors, employers, and the employees themselves stand for religious freedom.