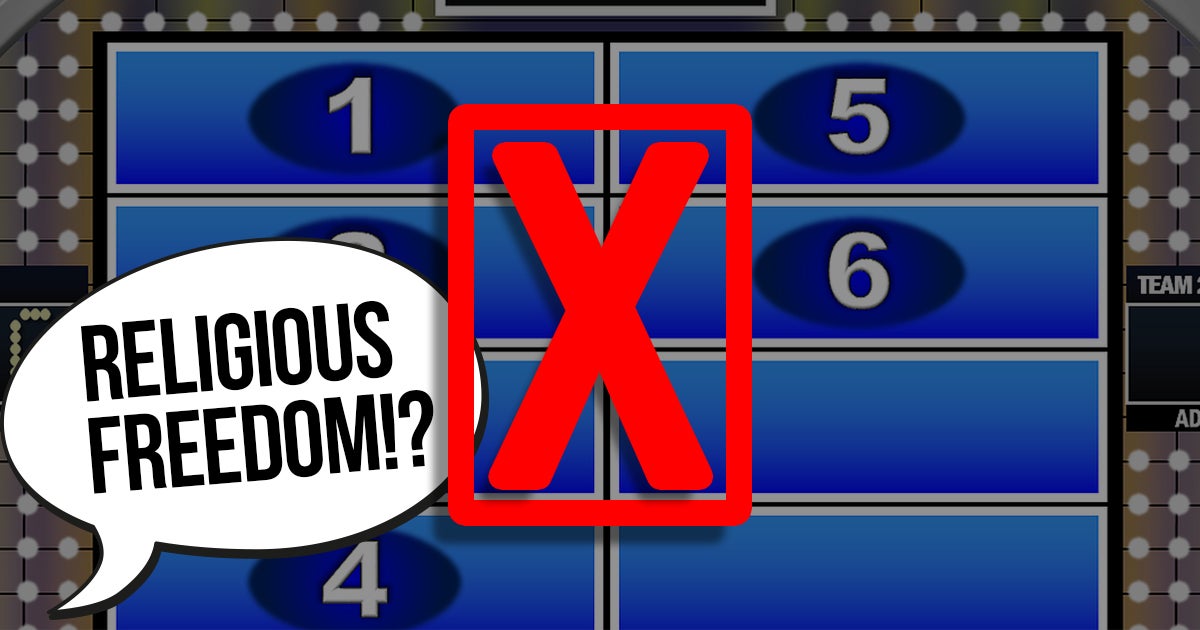 According to a recent survey conducted by the Freedom Forum, fewer people in our country consider religious freedom as the first and most foundational freedom.

It’s indeed alarming to see there’s waning knowledge about religious liberty being the cornerstone of a free society, the wellspring from which all other liberties flow.

We’re at a point in our nation’s history when religious freedoms—indeed all of our constitutional rights and freedoms—are under attack like never before. A scan of headlines will quickly show that people of faith nationwide are being censored, alienated, and even fired because they’re living out or expressing their beliefs.

Below are three big points from the survey that shed light on the state of the First Amendment and religious liberty in America today.

At the end, take a quick quiz—and see how well YOU know the First Amendment!

1. Religious Freedom No Longer Viewed as the First and Most Important?

Perhaps the biggest wake-up call from the Freedom Forum’s survey is that only 14% of Americans consider religious freedom to be the most valuable freedom. In other words, that suggests 86% of people are saying that religious liberty takes a back seat to other First Amendment liberties.

This is coupled with 37% of respondents who said business owners should be required to fulfill customer requests that violate their religious beliefs.

To be clear, all First Amendment freedoms and rights are essential. To preserve our great republic and constitutional system that’s stood for more than two centuries, it’s necessary to have free speech, a free press, the freedom to assemble peaceably, and the right to petition the government.

But religious liberty holds a unique and special place in the American experience. Let’s not forget, the roots of our country trace back to pioneers who fled Europe in search of a specific freedom: To live out their faith free from the oppression of a monarch or a state-imposed religion.

America’s Founders enshrined it as the first freedom in the First Amendment. Why? Because without the freedom to live out our faith, all other liberties—civil, economic and social—come crumbling down. Religious liberty is the building block of a free society. 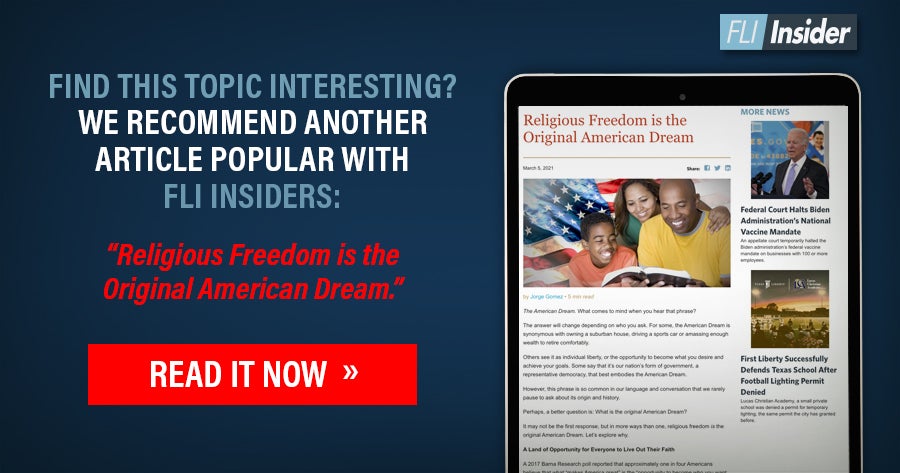 Cancel culture has become a national phenomenon, and it has led to a soft totalitarianism that demands conformity to what the government or a select few political elites deem as “acceptable.” Virtually any viewpoint that doesn’t embrace the popular ideology is quickly labeled “hate speech,” leading to people being censored, ostracized, and losing their careers.

And more Americans are seeing cancel culture as normal.

According to the survey, 36% say preventing “hate speech” is more important than preserving free speech. Additionally, 37% say there’s nothing wrong with celebrities or others with strong opinions getting boycotted or canceled for comments online or in public.

This suggests one in three Americans place higher value on censorship than free speech. This is a disturbing trend. Cancel culture runs afoul of the American principle of free expression and it’s especially intolerant of Americans with religious beliefs who don’t conform to the cultural orthodoxy. Make no mistake, cancel culture is a toxic ideology that threatens the freedom of everyone in our country.

3. Nearly All Americans Say the First Amendment is Vital

Despite some alarming responses, there is encouraging news. Americans overwhelmingly value the First Amendment as vital (94%), and 68% say the First Amendment should never be changed, with 54% expressing this position strongly. Almost two-thirds (63%) would ratify it today.

Looking a bit deeper into religious liberty, about three-quarters (76%) of respondents know that the First Amendment protects the rights of religious organizations to engage in political activity.

In our current political climate and divisive times, support of the First Amendment shows there’s still hope that we can come together as Americans. While we may disagree about politics or policies, Americans still overwhelmingly agree on freedom.

Whether it’s living out our faith, expressing our opinion, gathering and assembling, or petitioning the government, it’s clear we need all of these freedoms to truly live in liberty.