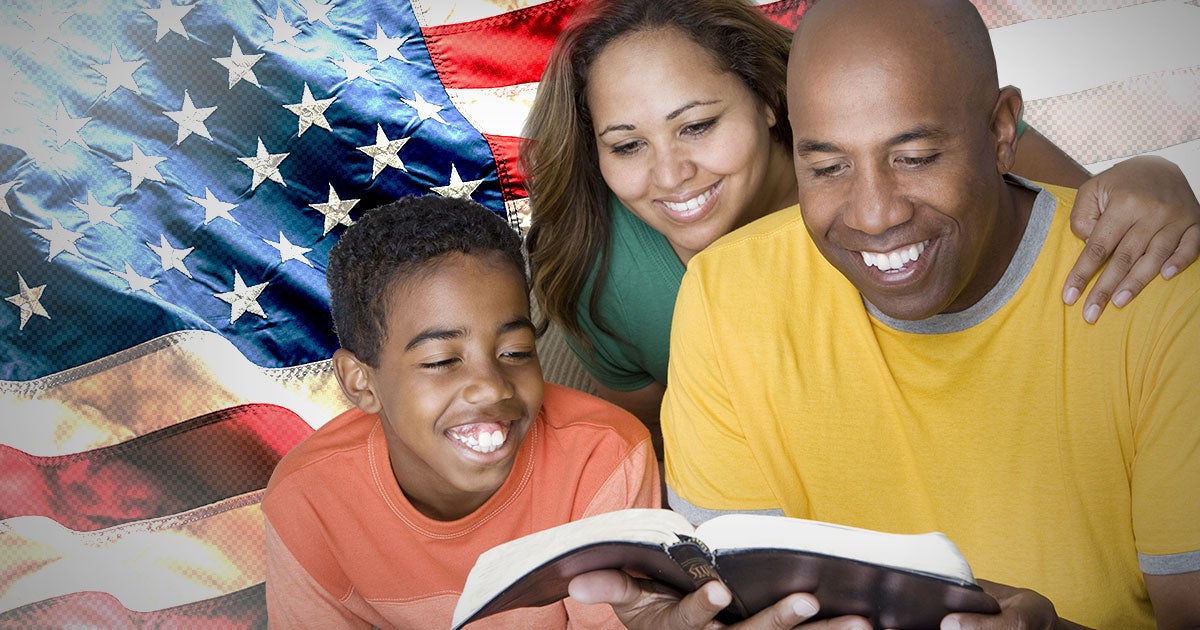 The American Dream. What comes to mind when you hear that phrase?

The answer will change depending on who you ask. For some, the American Dream is synonymous with owning a suburban house, driving a sports car or amassing enough wealth to retire comfortably.

Others see it as individual liberty, or the opportunity to become what you desire and achieve your goals. Some say that it’s our nation’s form of government, a representative democracy, that best embodies the American Dream.

However, this phrase is so common in our language and conversation that we rarely pause to ask about its origin and history.

Perhaps, a better question is: What is the original American Dream?

It may not be the first response, but in more ways than one, religious freedom is the original American Dream. Let’s explore why.

A Land of Opportunity for Everyone to Live Out Their Faith

A 2017 Barna Research poll reported that approximately one in four Americans believe that what “makes America great” is the “opportunity to become who you want to be.”

Indeed, opportunity is essential to the American Dream. But a deeper look at our country’s history shows that the first settlers who came to the New World did so in search of a specific opportunity: To live out their faith free from the oppression of a monarch or a state-imposed religion.

“Their American Dream was not centered on a paycheck, or a job or a house. It was not anchored in government control or climbing the ladder of political power—it was rooted in religious freedom.

They longed for a land that would allow them along with all others to worship without fear of retribution or retaliation. This was their highest aspiration, religious freedom. They knew that if they had religious freedom that all the other freedoms would flow out of that. They also knew that if they were faithful, divine providence would guide them and make the new nation viable.”

Millions of people here at home and throughout the world see America as a land of opportunity, a place where one can achieve goals and aspirations. But we should always remember that the formation of our republic was motivated by the promise of religious freedom. The greatest blessing and opportunity bestowed on this country is the right of everyone, people of all faiths or no faith at all, to live according to their beliefs. 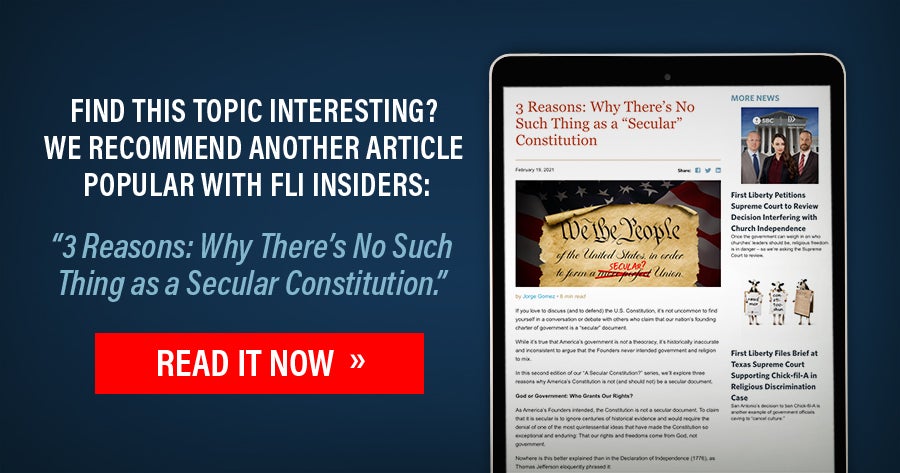 Another vital element of the American Dream is economic liberty: The freedom to create, build and grow financially, whether by venturing to start a business or pursuing a line of work of one’s choosing.

Though not immediately apparent, religious freedom is foundational to the spirit of entrepreneurship.

Research conducted by the Religious Freedom and Business Foundation shows that the contributions of religion to the U.S. economy is:

“…Equivalent to being the world’s 15th largest national economy, putting it ahead of about 180 other countries. It’s more than the annual revenues of the world’s top 10 tech companies, including Apple, Amazon…And it’s also more than 50% larger than that of the annual global revenues of America’s 6 largest oil and gas companies. So, you might say, that represents a lot of spiritually inspired fuel being pumped into the U.S. economy.”

Another example is the healthcare industry, where millions of nurses, doctors and medical professionals are inspired by their religious convictions to help others, including the thousands of faith-based hospitals and facilities spread across America.

What would happen to the American Dreams of entrepreneurs and professionals if religious freedom wasn’t there?

Would we still have some of our favorite retail chains and brands? Would popular names like Chick-Fil-A, Tyson Foods, In-N-Out Burger or Hobby Lobby exist, since many of these were founded by or operated by people of faith?

Without religious freedom, the marketplace would become a place where people of faith need not apply. If only secular and non-religious business were approved and allowed, it would strip away the American Dream and the pursuit of happiness for millions of people of faith.

The Wellspring from Which the Blessings of Liberty Flow

The American Dream is also grounded on political and civil rights—such as voting and electing leaders democratically, the freedom of speech, of the press, petitioning the government, assembly or the due process of law, to name a few.

But without a solid foundation and a bedrock protecting religious freedom, the rest of these liberties would crumble or be at the arbitrary mercy of whoever holds political power.

A nation that fails to protect religious liberty is effectively denying citizens of the unalienable rights “endowed by their Creator.” It wrongly tells its citizens that the state is god, that government is the ultimate grantor of rights.