Fighting the “Deep State” and Restoring Religious Freedom in the Military 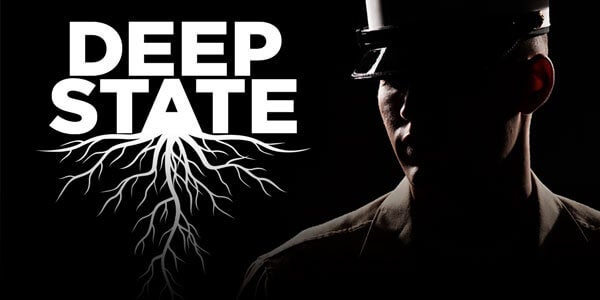 Or, maybe the fax machine at the Department of Defense was broken the day that President Trump sent over his executive order on religious liberty.

Today, far too many of our honorable and distinguished service members are paying a high price because “deep state” bureaucrats and military officials from prior administrations decided to foment religious hostility in our military.

From distinguished chaplains to decorated veterans, many of our nation’s brave service members are being deprived of the very constitutional rights for which they ardently fight. Our men and women in uniform are being dragged into legal fights for their religious freedom, not to mention their careers and their reputation.

Why is this a problem? Because it is much more than a simple oversight. We’re talking about an executive department – the U.S. Military – that appears to be oblivious to the President’s priorities regarding our most fundamental liberty as Americans.

GIVE TODAY to stop “deep state” attacks on religious liberty.

Fighting for the Brave

Recently, First Liberty stepped in to defend Staff Sergeant Kacie Griffin, an outstanding Chaplain Assistant in the U.S. Army, who was outrageously kept from participating in the distinguished “Green to Gold” program and advancing in her military career. Because of anti-religious bias, her commanding officer – Maj. Gen. Kurt Sonntag – refuses to make a simple decision on a pending investigation, thus preventing her from attending college and becoming an officer.

SSG Griffin served as Chaplain Assistant to Chaplain Scott Squires, whose exemplary career also hangs in the balance. He faces potential military imprisonment because he adhered to his church’s religious teaching on marriage, which prevents him from conducting marriage retreats with same-sex couples. Although he promptly followed Army rules and his religious beliefs, Chaplain Squires is now fighting to save his 25-year military career.

Beyond the Army, right now, we are defending decorated Air Force veterans Oscar Rodriguez and Chuck Roberson after uniformed Airmen assaulted and forcibly removed Oscar from Chuck’s retirement ceremony – all because Oscar would be giving a speech that contained the word “God.” This was not only humiliating for a decorated service member like Oscar, but it also ruined the only retirement ceremony Chuck would ever have.

But this isn’t the end of the list. In recent years we’ve had to increasingly step in to defend service members’ First Amendment rights. And although we continue to have unparalleled victories, the fight against an anti-religious hostility in our military is only getting tougher.

It’s Time to Listen to the President’s Priorities

Upon assuming office, President Trump made it abundantly clear that his administration would address religious freedom as one of the country’s foremost concerns. And his instinct was right, considering the amassing wave of attacks on Americans’ First Amendment rights.

At a time when religious freedom violations are surging across the country, there can be no room for “unfriendly fire” in our armed forces – especially not from officials toward the ranks. Too many military leaders from the past have chosen to turn a deaf ear to the orders of their Commander-in-Chief when it comes to defending our service members’ first freedom.

Now, more than ever, the military commanders – like Maj. Gen. Sonntag – must listen to the President and prioritize religious liberty.